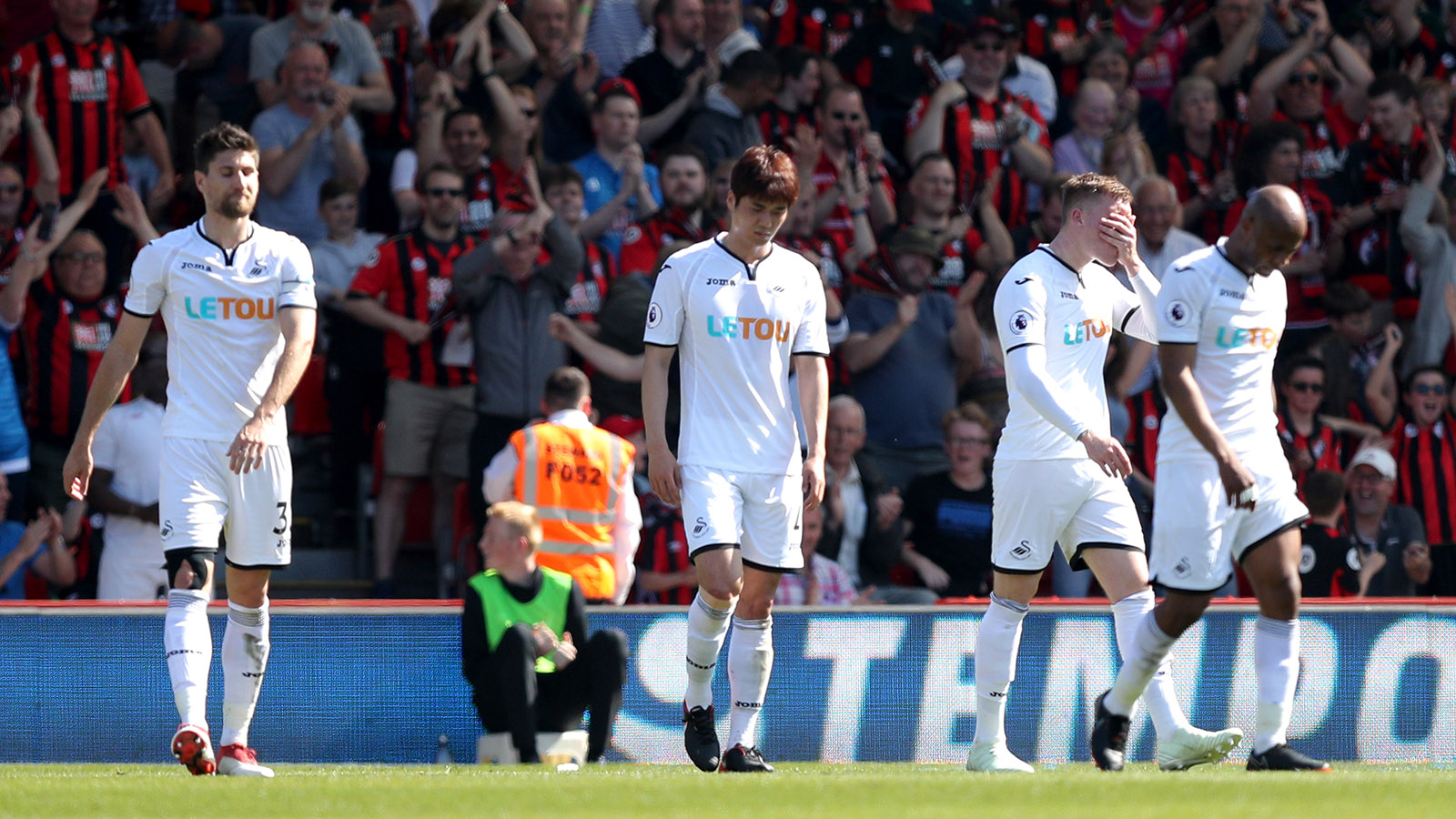 Carlos Carvalhal reckoned Swansea City paid the price for not taking their chances as they went down 1-0 at Bournemouth.

Martin Olsson headed over and Nathan Dyer was snuffed out when well-placed as the Swans caused Bournemouth problems in the first period.

But it was the home side who scored what proved to be the only goal eight minutes before half-time through Ryan Fraser.

The Swans faded as an attacking threat after the break – and Carvalhal felt that was because of Bournemouth’s goal.

“If the game had ended just before Bournemouth scored, I would have said that we deserved to win,” said the Swans manager.

“We had two or three very clear chances and it’s important to score first, especially here.

“If you do that, Bournemouth have to play how they don’t like to play and we can do what they did to us in the second half – play on the counter-attack.

“But we didn’t score and they did, and that meant the game went how they wanted.

“In the end they deserved the win, but the goal was the moment that changed the game.”

Bournemouth’s goal came from a set-piece. With the Swans expecting Andrew Surman to shoot, the midfielder rolled the ball square to the unmarked Fraser and his shot took a deflection off Alfie Mawson before flying beyond Lukasz Fabianski.

“I am sure we had one player out of position,” Carvalhal said.

“We will analyse it because someone was not in their natural place, but this is football. Mistakes cost goals.”

The Swans have now failed to find the target in five of their last seven league games.

But Carvalhal remains convinced that his team has the firepower to deliver the results required in their last two matches of the season.

“I am not worried because I have players who can score. Against Chelsea and Everton, we deserved much more than we got and I believe in my players.”