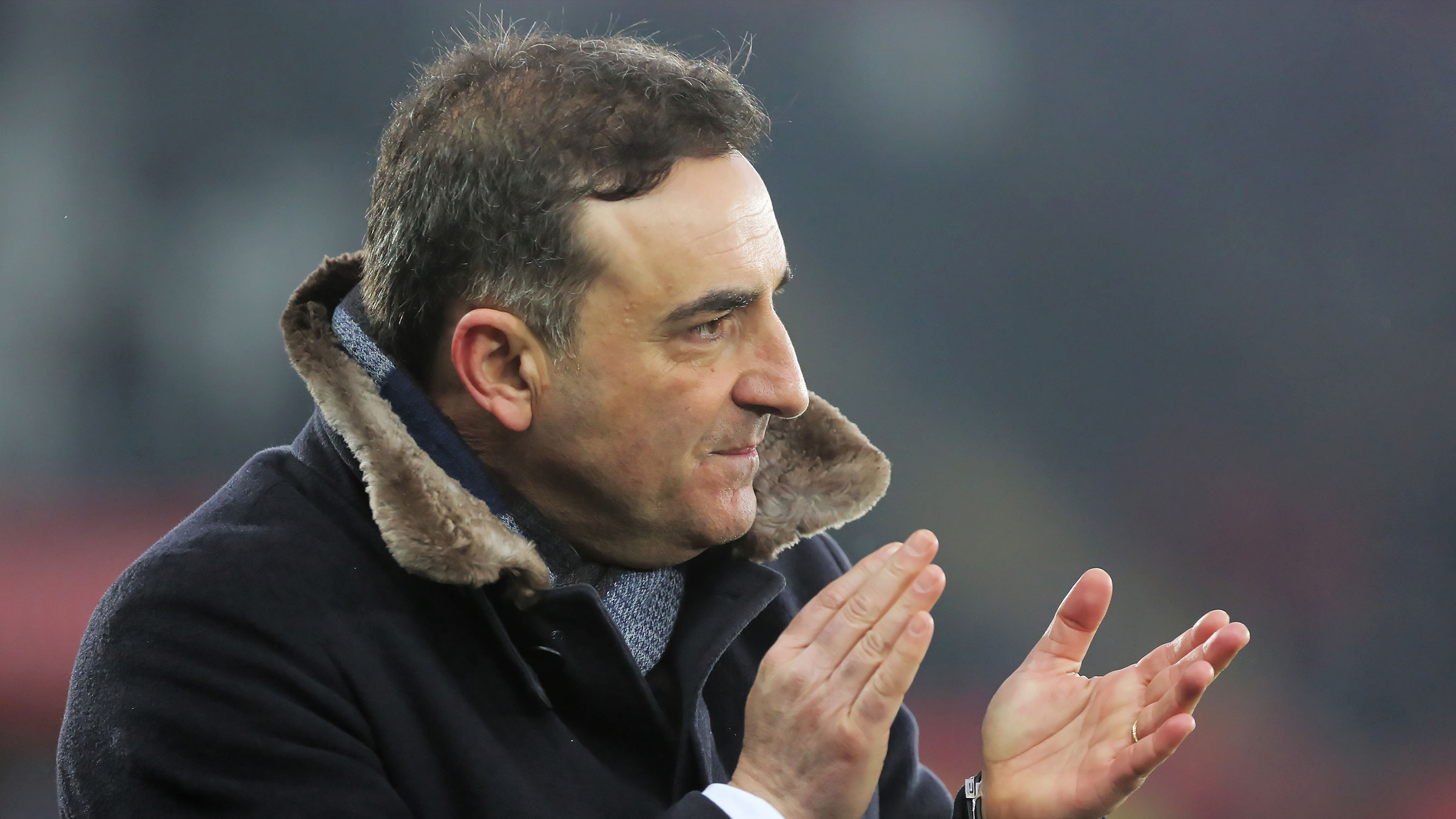 Carlos: That was rock and roll football

Carlos Carvalhal reckoned Swansea City played “rock and roll football” as they thrashed West Ham United 4-1 to climb up to 13th in the Premier League table.

Ki Sung-Yueng, Mike van der Hoorn, Andy King and Jordan Ayew all found the target as the Swans made it seven straight home victories in all competitions – the club’s best run since moving to the Liberty Stadium.

This was also their most emphatic top-flight success since West Ham were beaten 4-1 at Upton Park in May 2016.

And it was a result which saw Carvalhal’s side, who began the day in the bottom three, jump up a whopping five places in the league.

“This afternoon we saw rock and roll football at the Liberty,” Carvalhal said.

“There are moments in football where you must dance to the music of the opponents.

“Against Liverpool, Arsenal and Tottenham, we had to dance to their music, but today we put our music in the game. We put rock and roll into the stadium.

“We made things very difficult for West Ham I think. It was the best performance since I arrived and this is nearer to what I want from the team – offensively, defensively, in transitions and at set-pieces.

“We are happy that we won, but we still have a long way to go.”

Despite shooting up the table, the Swans are only three points clear of the relegation zone ahead of next weekend’s trip to Huddersfield.

“We took an important step this afternoon, but life continues and there’s still a lot of work to do,” Carvalhal added.

“This concert is finished, but we have other concerts to come. We don’t know if there will be more rock and roll or opera or what.”

The Swans went ahead against the Hammers after just eight minutes when Ki drove home from outside the box, and they were two up just after the hour thanks to van der Hoorn’s header.

King marked his first Swans start with a tap-in on 48 minutes before Ayew swept home the club’s first spot-kick of the season after big brother Andre was fouled.

“We can take more confidence from this win,” Carvalhal added.

“We are very confident when we play at home. The fans support the team a lot and that gives the players confidence. We must look to keep on winning our home games.”