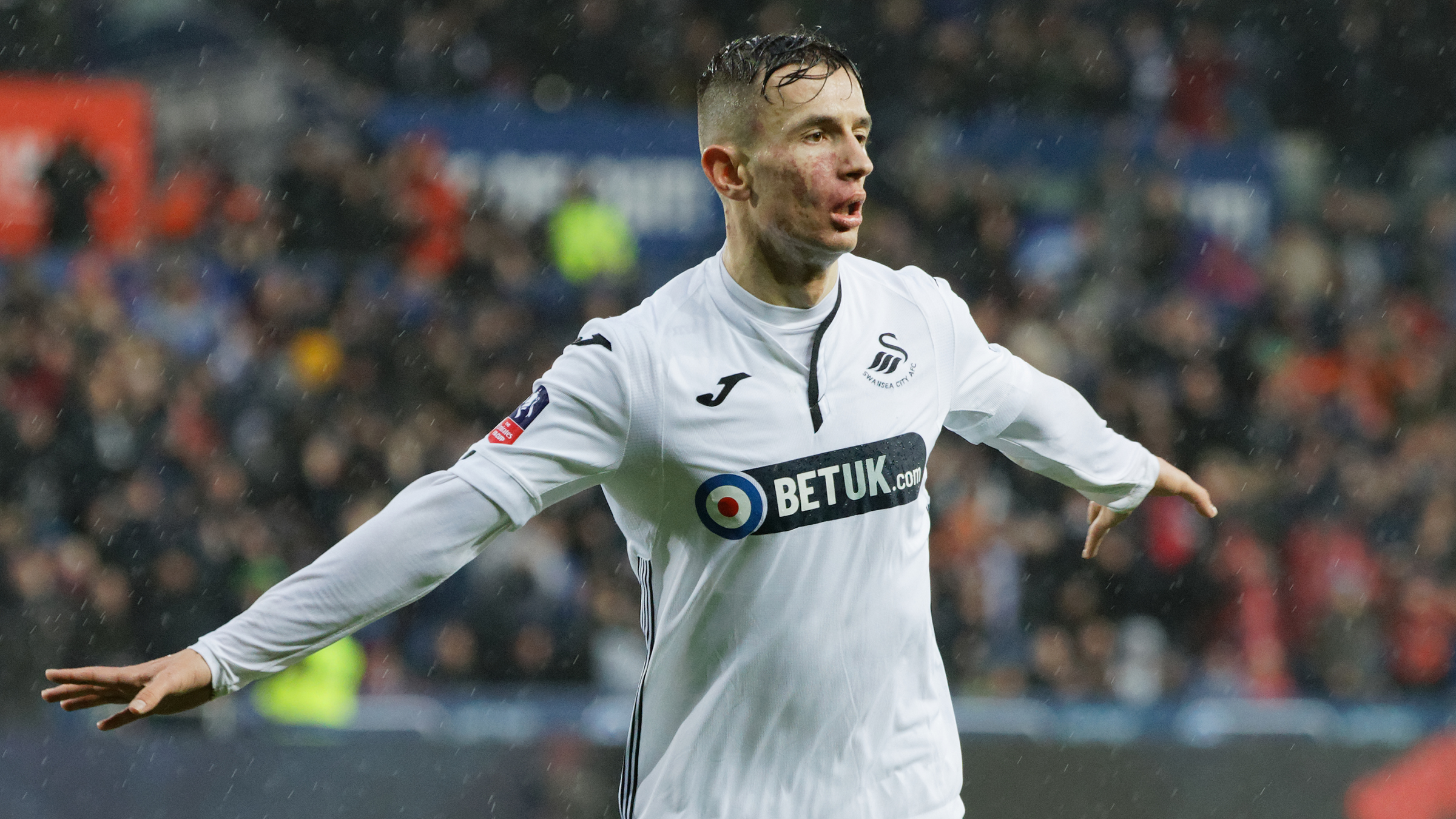 Bersant Celina felt his performance against Premier League champions Manchester City showed he has bounced back stronger from his midweek disappointment at West Brom.

The 22-year-old Kosovan international, who spent six years at the Etihad Stadium, gave the Swans a two-goal advantage by finishing a slick team move that saw the Swans string a series of passes out from the back before Celina’s sublime curling effort beat Ederson.

Pep Guardiola’s side would find a way back to win 3-2 in the second half, largely thanks to their star man Sergio Aguero.

But Celina admitted his dramatic penalty miss at the Hawthorns against West Brom in midweek helped motivate him to find the back of the net.

“I was happy to score and make up for the penalty miss in the week,” Celina said. “I think it has motivated me to deliver today.

“The boys were amazing as a team and we built on a good start to the game to get the goals.

“Our game plan worked. We pressed them high and tried to make everything difficult for them and play football.

“You knew they were going to press you and pressure you. It is no surprise to lose against such an amazing team, but when you go 2-0 up you start to believe that you are going to win.

“We did so well against one of the best teams in the world and today’s defeat is hard to accept.

“It is a hard defeat to take but I hope we can use this performance to spur us on in the league. If we can play like this against Manchester City, I am sure we can do it against every team in the league.”