The Swans had stunned the Premier League champions by sweeping into a 2-0 lead inside half an hour to put themselves on course for a first appearance in the last four of the famous knockout competition since 1964.

Matt Grimes converted from the spot for the first, before Bersant Celina finished a flowing Swansea attack against his old club.

That left the tie heading for extra-time but, with two minutes remaining, Aguero - who looked to be offside - expertly headed Bernardo Silva’s cross into the net.

It was harsh on the Swans, who had shown moments of genuine quality against their much-vaunted in-form opponents, but there was no trip to Wembley for Graham Potter and his side.

Arguably Swansea's finest FA Cup moment came on their march to the semi-finals in 1964.

The Swans had seen off Barrow, Sheffield United and Stoke City to set-up this last-eight clash in front of over 52,000 fans at Anfield.

The Reds were on their way to the First Division title, while Swansea were battling to avoid relegation from the second tier and few gave them any hope of an upset.

But they led 2-0 at half-time thanks to goals from Jimmy McLaughlin and Eddie Thomas.

A backs-to-the-wall effort followed with goalkeeper Noel Dwyer turning in a famous performance between the sticks.

Liverpool pulled one back and looked set to level when they were awarded a penalty in the closing stages, only for Ronnie Moran to fail to find the target.

The Swans went on to lose to Preston in the last four at Villa Park.

Swansea faced the FA Cup holders in the third round at The Vetch and stunned their illustrious visitors by grinding out a goalless draw.

Kenny Dalglish's men were rapidly closing in on another league title, but they could not find a way past the stern resistance of a brave Swansea rearguard effort.

However, the Swans would not be able to manage a repeat in the replay at Anfield as they suffered an 8-0 defeat.

Swansea City had been within minutes of knocking the Premier League Hammers out in the original tie at Upton Park, only for a deflected Julian Dicks' strike to set-up a replay back in South Wales.

On a memorable night at The Vetch, Martin Thomas got the only goal of the game just before the half-hour mark and John Hollins' side then clung on grimly under severe pressure - with Roger Freestone excellent between the sticks - to help the Swans become the first Division Three team to knock a Premier League team out of the FA Cup.

On another wonderful afternoon at The Vetch, late goals from Andy Robinson and Lee Trundle saw Swansea City dump second-tier Preston out in the fourth round.

The Swans had started superbly but failed to take early chances, and they looked to be heading out of the competition when Dickson Etuhu put North End a goal to the good.

But Robinson curled home a brilliant free-kick with 10 minutes remaining before Trundle read a knock-down superbly to arrive in the area and volley home what proved to be the winner.

Kenny Jackett's side had been without nine players through injury and suspension when they travelled to face Neil Warnock's Premier League Blades at Bramall Lane.

But it proved no obstacle for the League One Swans as three goals in 14 second-half minutes sent them into round four in fine fashion.

Tom Butler was the hero on the day, the Irishman netting the first two goals before winning the penalty that allowed Leon Britton to score the third on a day when the visitors' display received a warm reception from the home fans.

The Swans were searching for their first ever victory at Old Trafford heading into this showdown with United, who had only failed to progress beyond the third round of the FA Cup once in the previous 30 years.

Michael Laudrup’s men drew first blood in the 12th minute when Alejandro Pozuelo released Wayne Routledge in behind the defence, and he calmly looped the ball over the advancing Anders Lindegaard.

However, the lead lasted for just four minutes as United responded with Javier Hernandez finding space in the six-yard box to guide Alexander Buttner’s deep cross beyond Gerhard Tremmel.

But there was a key moment with 10 minutes remaining when substitute Fabio was sent off for a reckless challenge on Jose Canas.

And the Swans made the numerical advantage count in the dying moments when Routledge broke clear down the left before his cross found Wilfried Bony, who planted a brilliant header past Lindegaard to seal the most dramatic victory and send the travelling Jacks into ecstasy.

Pompey had won the trophy by defeating Cardiff the previous May, and were a Premier League fixture at the time.

The Swans, meanwhile, were back in the second tier after Roberto Martinez had led them to the League One title the previous season.

They had looked assured in the Championship and their confidence was reflected in a fine display on the south coast.

The visitors took the lead in the 26th minute, with a fine lofted pass from Scotland sending Dyer in on goal to slot beyond David James.

And the advantage doubled on the stroke of half-time as Scotland netted from the spot after Nadir Belhadj had fouled Jordi Gomez in the box.

Nwankwo Kanu, Peter Crouch and Armand Traore threatened after the break, but were denied by a combination of keeper Dimi Konstantopoulos and great defensive covering as the Swans advanced. 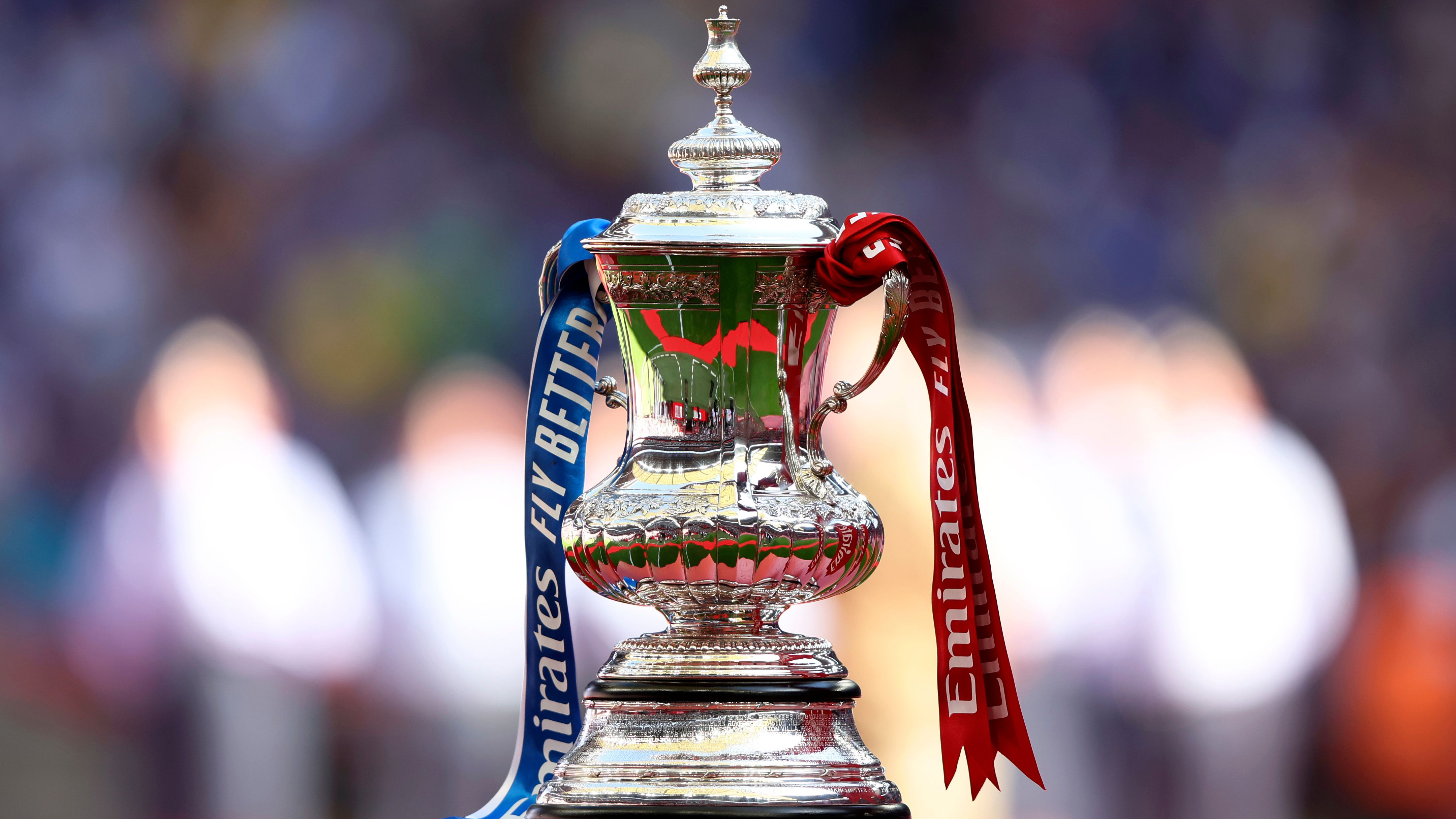 Swansea City will be ball 38 in the Emirates FA Cup third-round draw, which will take place later today (November 28).