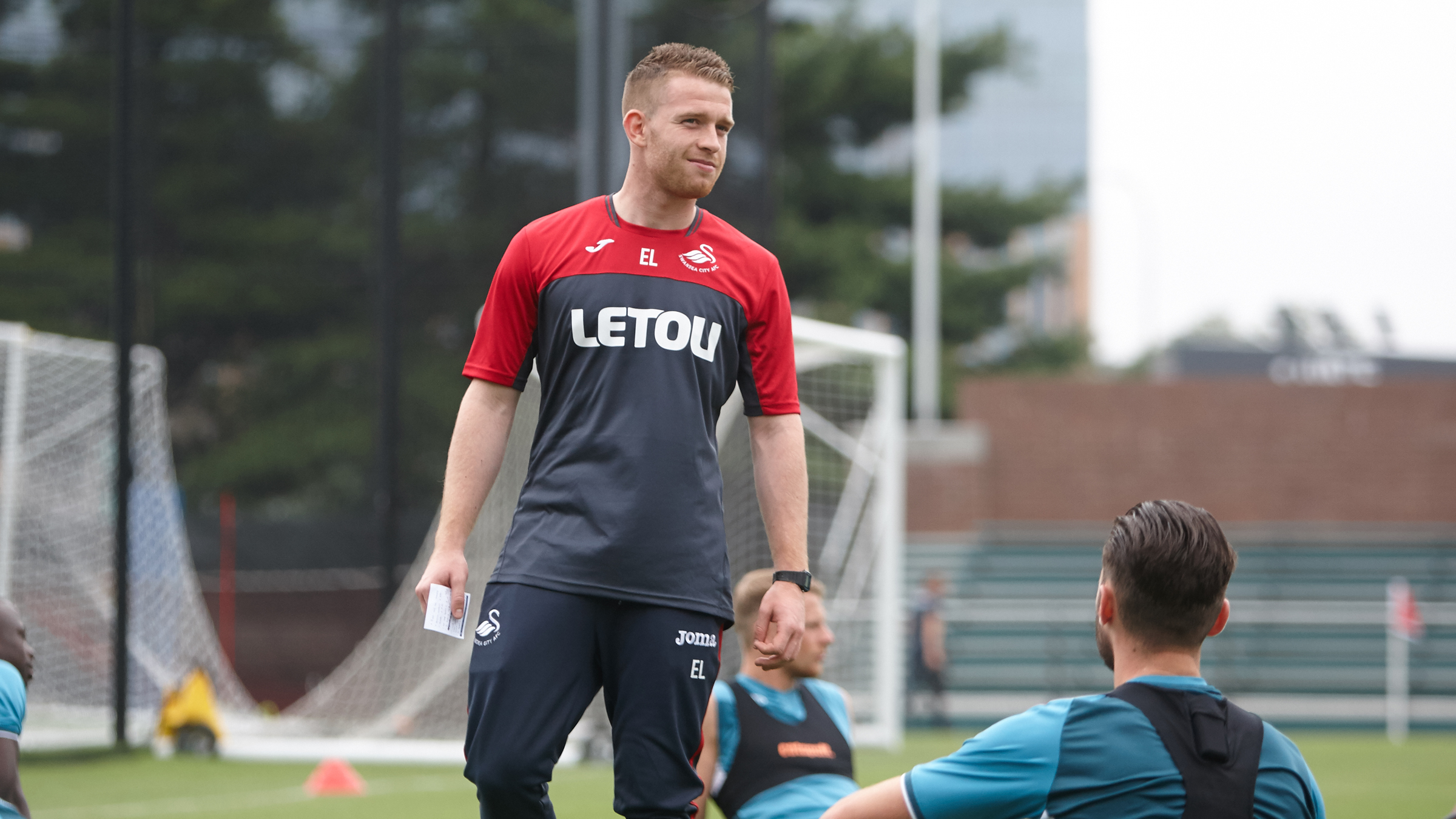 Eddie Lattimore has revealed how Paul Clement is demanding the best behind the scenes as Swansea City bid to get things right on the pitch in 2017-18.

Lattimore was with Spurs’ under-23s when the Swans came calling.

But he spent the 2015-16 season working directly under Mauricio Pochettino while he was an intern at White Hart Lane.

Lattimore sees similarities between Pochettino and Clement, as they are both managers who want everything done right off the field as they pursue success come matchday.

And Lattimore, who has been appointed assistant head of physical performance at the Liberty, aims to play a part in ensuring Clement’s players are in peak condition every time they step on to the pitch.

“My job is primarily in the gym and also on the nutrition side of things,” he explained.

“I hope I can help improve the work players do in the gym and that will eventually influence what happens on the pitch, and it is the same with nutrition.

“I hope to help us raise standards. I know the boss is keen on that – he wants professionalism, everyone being on time, doing the basics well and working hard.

“Hopefully I can contribute to that and ultimately that will be reflected on the pitch, because that’s why we are all here.”

Lattimore, who grew up near Peterborough, was a schoolboy player at Boston United, but any hopes of a playing career were dashed by knee problems.

He then studied sports science at Loughborough University before going on to do a Masters.

There was an internship in Peterborough United’s academy before Lattimore moved to Spurs, where he spent time working with Karl Halabi – the head of physical performance at the Liberty – and Swans assistant coach Nigel Gibbs.

“Karl contacted me and asked if I would be interested in an opportunity at Swansea,” Lattimore said.

“I said: ‘Of course’. It’s a new adventure and it’s a chance to work at first-team level.

“It is a chance for me to put my stamp on things a little bit so I am excited about that.”