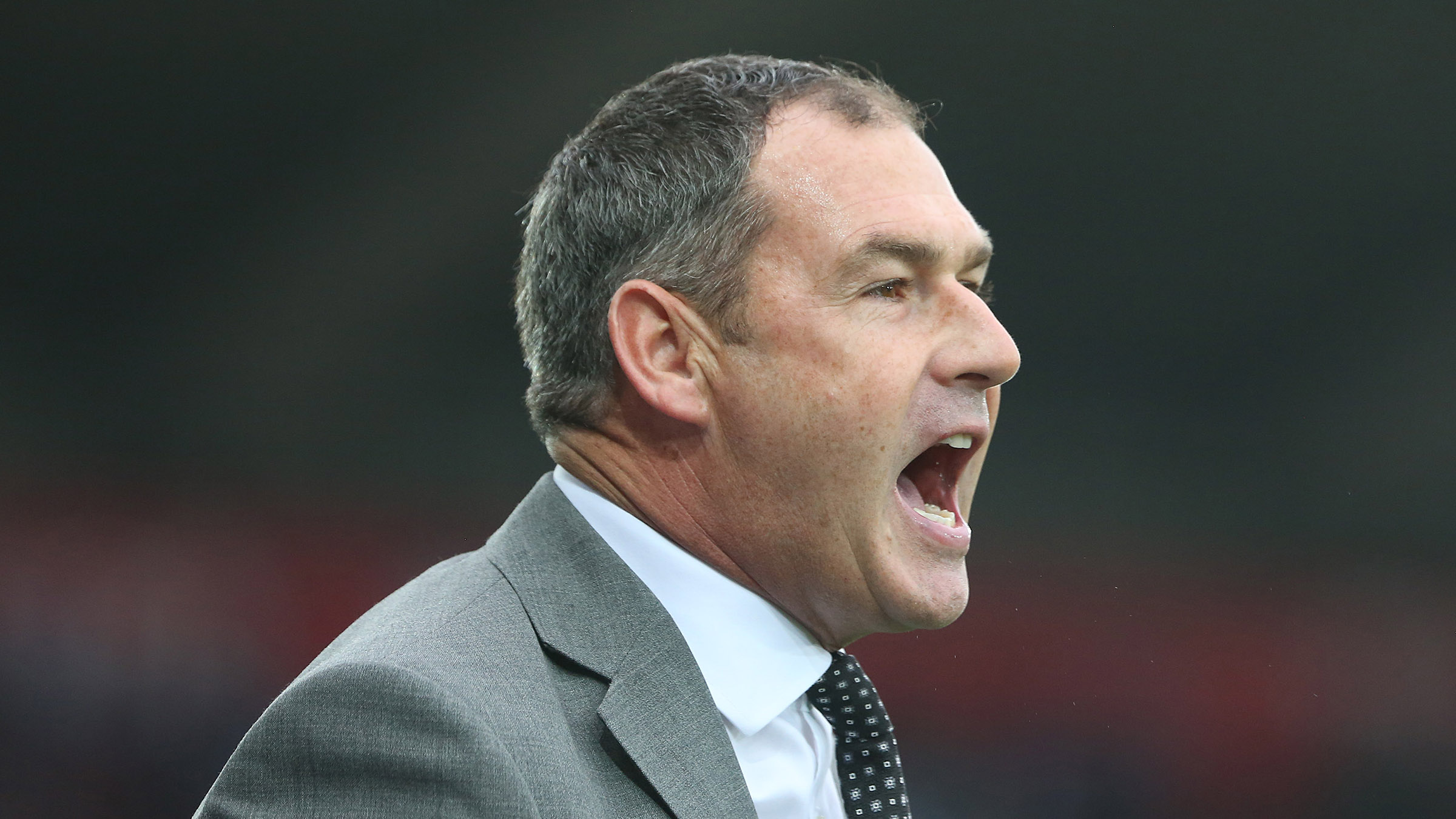 Paul Clement revealed the decision to change Swansea City’s shape against Huddersfield Town was made straight after defeat at West Ham.

The Swans began with wingers for the first time in the Premier League this season, with Jordan Ayew and Luciano Narsingh operating either side of Tammy Abraham.

And the shift in approach paid dividends as the Swans chalked up their first home victory of the campaign.

Abraham scored twice while both Ayew and Narsingh emerged with credit as Clement’s side won 2-0.

“I decided immediately after West Ham to change the system,” Clement explained.

“When you do that as a coach, you have got some time to work. We had eight training days to work on some principles, and a lot of that work was offensive work.

“It paid off. I still think we have got the ability to switch systems, but I was pleased with what I saw today.

“We have shown with the other systems that we can be hard to break down, but today we managed to find that balance – we kept a clean sheet but also had a threat going forward.”

The Swans have proved they can be defensively resilient already this season, with only one goal conceded in four away league games to date.

But a lack of threat at the other end of the pitch has been a problem for much of the campaign, hence there was relief in the air as Abraham struck twice to see off Huddersfield.

“The decision to change the system was because of a combination of what I saw at West Ham and also the games before that,” Clement added.

“We didn’t create a lot of chances and we were not scoring enough goals, but we have found that balance today.”