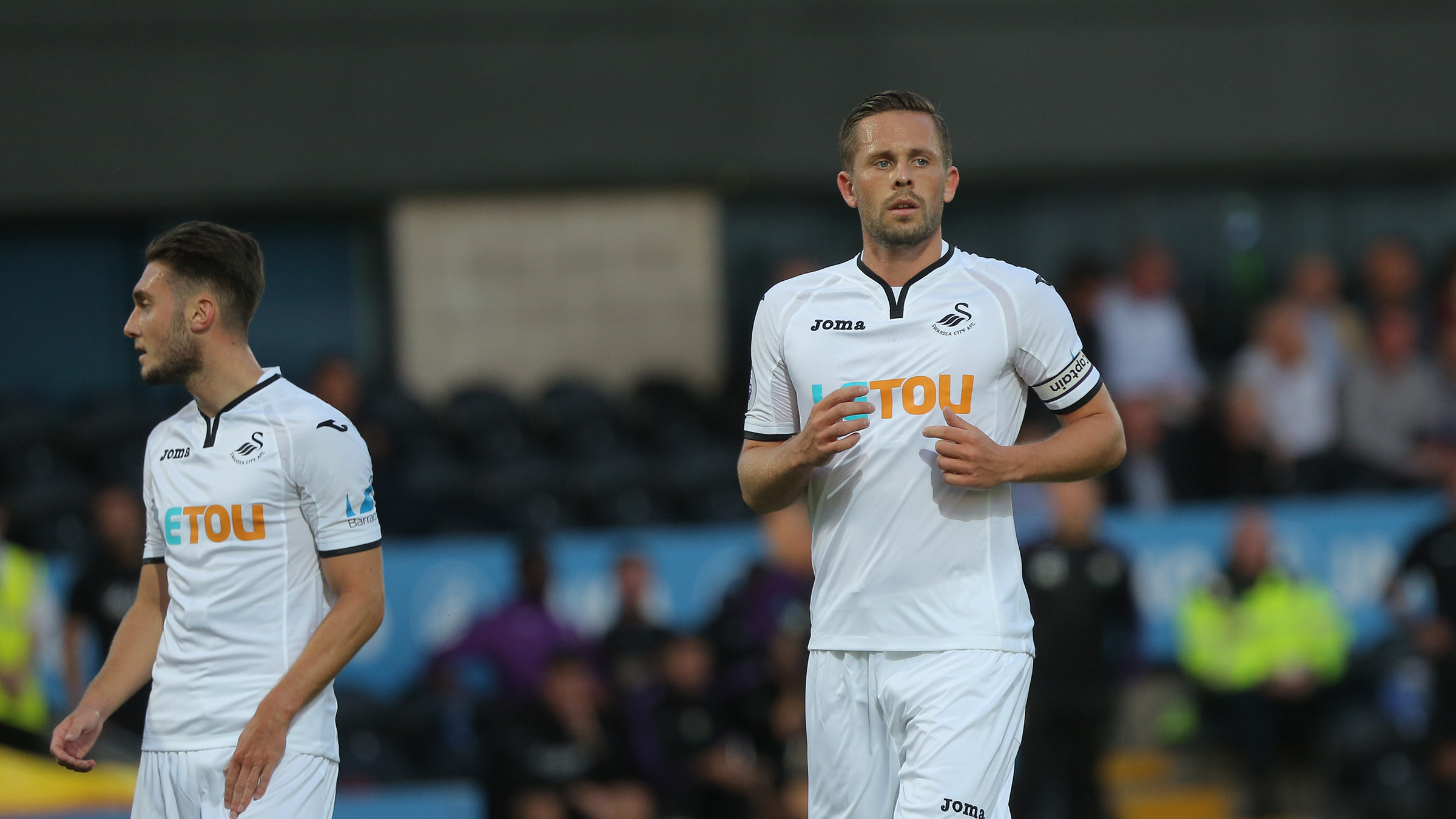 Paul Clement has suggested that a compromise may need to be reached as Swansea City bid to resolve the future of Gylfi Sigurdsson.

The Swans have rejected a number of offers for the attacking midfielder, but whether Sigurdsson will still be at the Liberty beyond this transfer window remains in doubt.

Though he continues to train well, Sigurdsson has featured in only one of the Swans’ six pre-season friendlies and will not be considered for the Premier League opener at Southampton this weekend.

Clement feels that if Sigurdsson is to move on, the Swans must push hard to get the best possible deal for the player of the season in their last two campaigns.

But the Swans manager also hopes that if a transfer is to happen, it will be agreed sooner rather than later.

“There’s no deal done with any club for Gylfi. Talks are ongoing but there’s no conclusion at the moment,” Clement explained.

“The expectation is that at some point the clubs will meet.

“I think the way it’s going to be more than likely is a compromise on both sides. That’s what normally happens in this sort of situation.”

Clement is in regular contact with Swans chairman Huw Jenkins and the club’s American owners over the Sigurdsson situation.

And he feels it is only right that the Swans look to get every penny they can for one of their major assets.

“Of course I would like it to be resolved as quickly as possible – I have said that quite clearly,” he added.

“But I think the amounts of money we are talking about are a lot.

“We are Swansea City. We are not a top-four club who have massive revenue.

“I believe the club are right to take a stance. We don’t want to sell our best players and if we are going to do that, we want to get the right revenue for them so we can then build for the future.”

Clement stressed that doubts over Sigurdsson’s position have not hindered his team’s preparations for the new season.

But Clement is clear that if the former Spurs man departs, the Swans must reinvest the transfer fee they receive.

“If a player of Gylfi’s ability leaves, we have to go and get one or two very good players,” he said.

“The big thing about getting the right valuation for Gylfi is that we can then spend the right money on players coming in.”