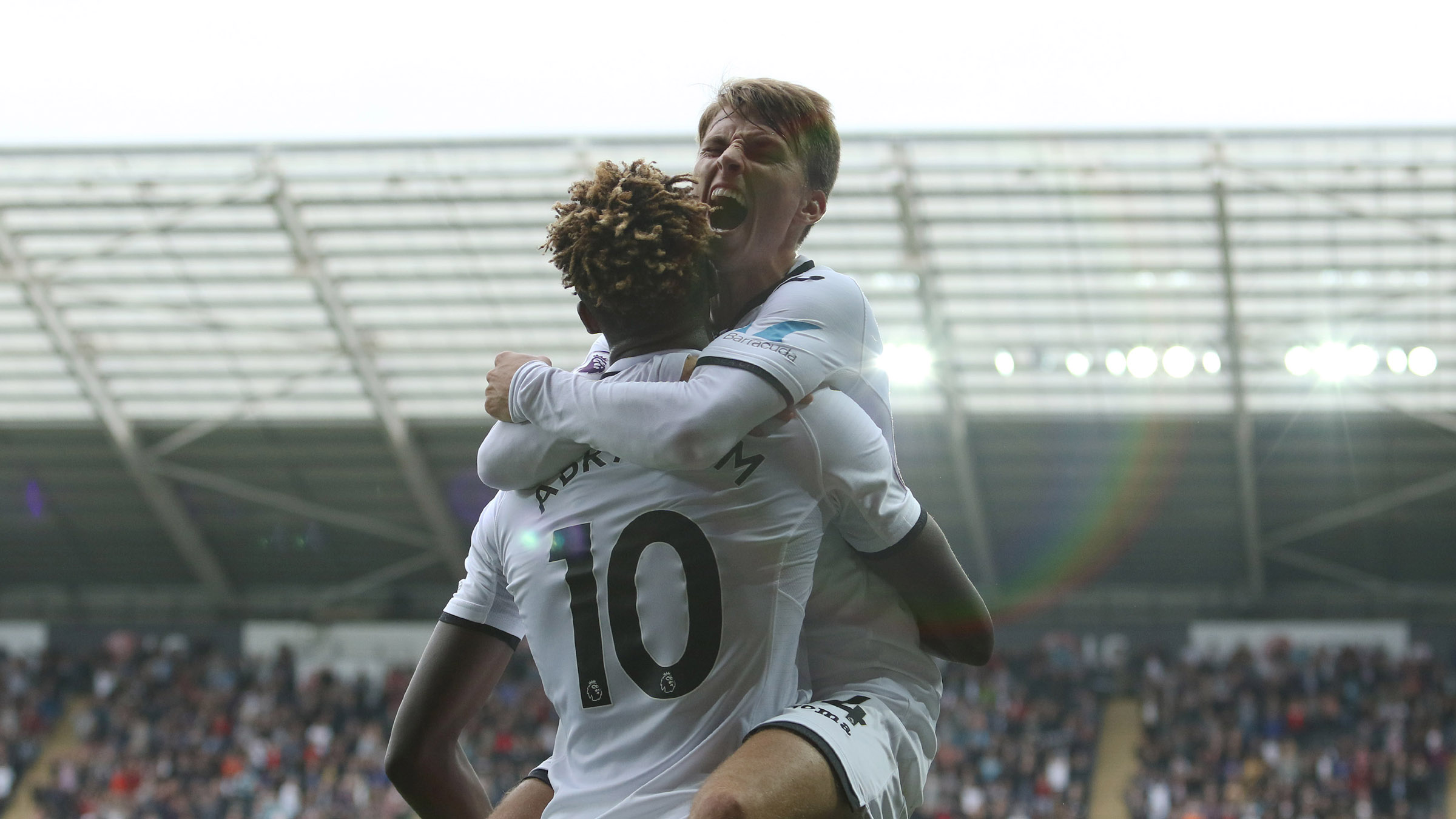 Paul Clement saluted Tammy Abraham’s performance – as well as his goals – after the striker’s double saw off Huddersfield Town.

The Swans banked their first home win of the season at the fourth attempt thanks to strikes either side of half-time by Abraham.

And Clement reckoned the on-loan Chelsea frontman’s goals capped off his best display since he moved to Wales in the summer.

“Tammy has a good smell for where to be and that brought him two goals,” Clement said.

“He improved with his back to goal, he ran in behind a lot more which he has the pace to do and he helped the team defensively.

Wilfried Bony and Renato Sanches both missed the Huddersfield game through injuries, although their absences were offset by the returns of Ki Sung-Yueng and Nathan Dyer.

Midfielder Ki and wideman Dyer both came off the bench in the second half against the Terriers.

“We got Ki back after a while out and we got Nathan back after an even longer lay-off, so that’s good to see,” Clement said.

“That’s why you build a squad, so that even if you have injuries, you have other players who can come in and compete at this level.”

Roque Mesa was omitted from the 18 this weekend, but Clement insists the Spaniard has a big role to play this season.

“I left Roque out because I felt this was the best line-up for this game, but he is very much part of the plans for this club moving forward,” he said.