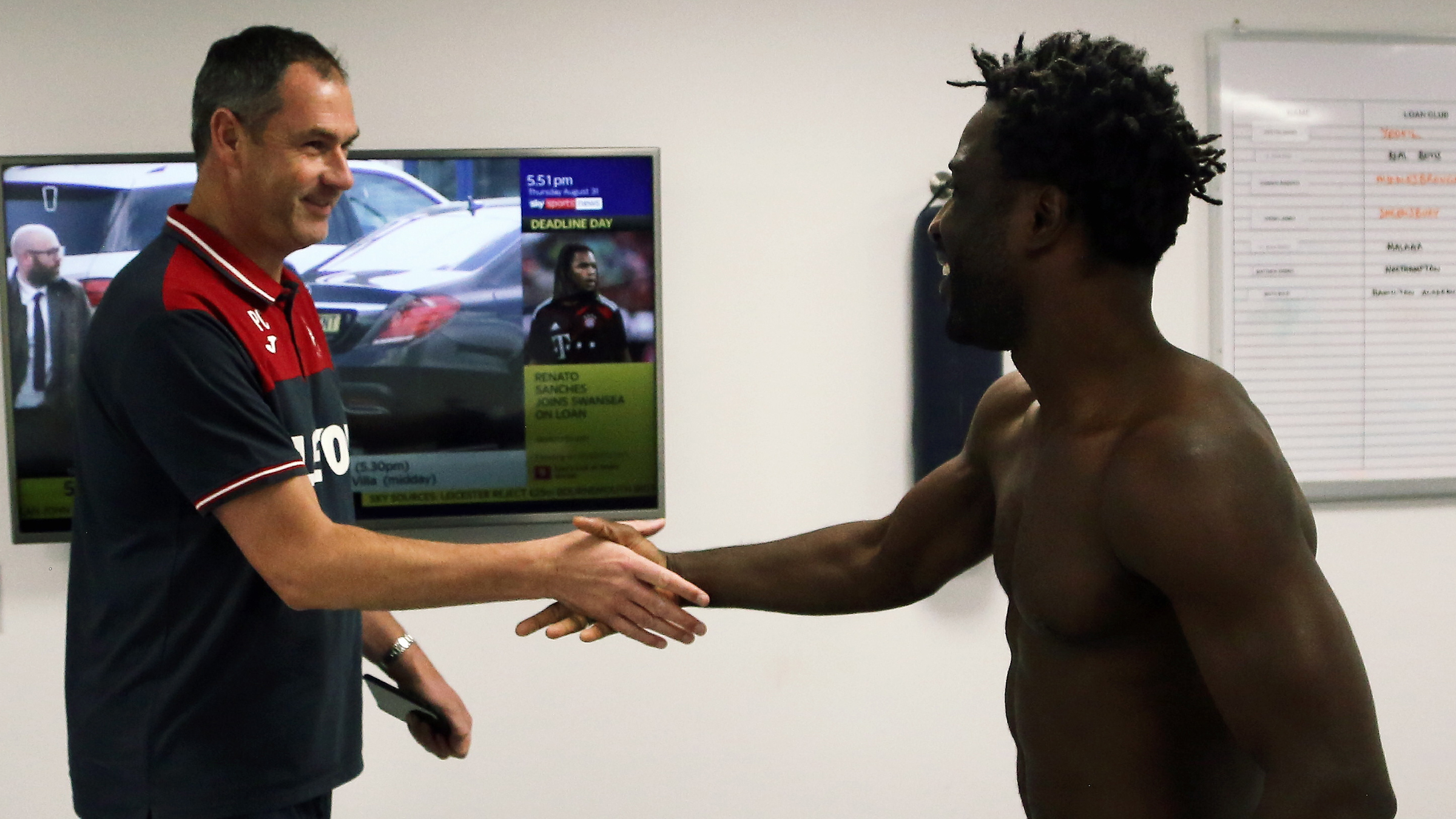 Clement: We can get the best out of Bony

Paul Clement believes Swansea City can bring the best out of new signing Wilfried Bony again after the striker returned to the club where he was such a huge Premier League hit.

Bony completed his undisclosed move from Manchester City on a two-year deal - with an option for a third - on a busy transfer deadline day that saw striker Fernando Llorente depart for Spurs.

Having left the Liberty for the Etihad Stadium two years ago in a club-record £24m deal, the Ivory Coast international struggled for game-time in Manchester and during a loan spell at Stoke City last season.

But having lit up the Liberty with 34 goals in 70 games, Clement believes the return can help the 28 year old reignite his career and propel the Swans up the Premier League table.

“To bring Wilfried back to the club where he did so well is very pleasing for everyone,’’ declared Clement.

“He was a very popular player here and a big personality in the dressing room. He also has a very strong relationship with the fans, which is important.

“Even though his career has not taken the path that he wanted over the past two seasons, we are confident we can get the best out of him again.

“I sense a real hunger and determination in him to kick on after a frustrating two seasons. I also get a sense he is very much up for that challenge here at Swansea.

“He can feel confident that he has a club here that rate him very highly and is happy he is back.’’