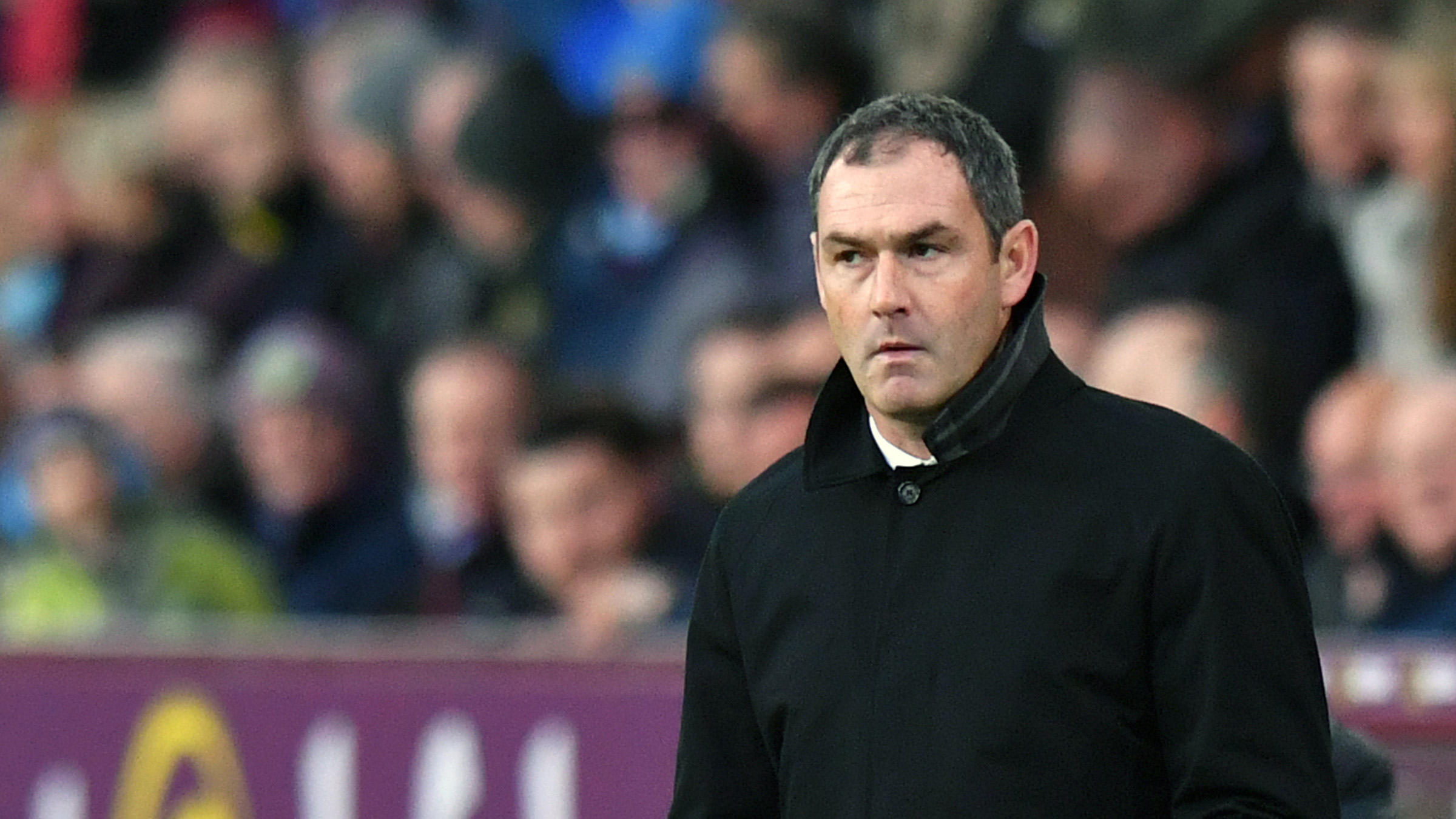 Clement: We can turn things around

Paul Clement insists Swansea City have the ability to turn their form around after watching his team go down 2-0 at Burnley.

Clement’s men were a little better after the break, when they created a handful of chances to get back into the contest.

But the failure to find a finish meant that Burnley ended up comfortable winners on another painful day for the Swans.

Clement acknowledged that these are difficult times for his team – but insisted they can produce an upturn in fortunes.

“We are not playing well – that’s clear,” said the Swans manager.

“These players are capable of performing better than they are at the moment, and that’s what we want to happen as quickly as possible.

“Of course I am concerned – I would be stupid if I wasn’t.

“All these things we have to work on.

“But I have got no doubts about my ability and the ability of these players.

“Together, we have to work through difficult times. Better times are in the future if you have belief and you are positive.”

The Swans started okay at Turf Moor, but the game changed when Cork headed the hosts in front after 30 minutes.

It was 2-0 before half-time when the Swans lost possession in midfield and a swift Burnley attack ended with Ashley Barnes rattling the ball home.

“There were some positives for us in the start, but one problem we have at the moment is belief and confidence.

“When the goal went in, I think the confidence got sucked out of our players. We have really got to find a way to break this cycle we are in.

“It’s Bournemouth next week and we now have to focus on trying to get a performance and result against them.”

Clement tried a new set-up at Burnley, with Renato Sanches and Nathan Dyer on the flanks and Jordan Ayew playing up alongside Tammy Abraham.

“The thinking was that while we have been doing okay defensively, our problems have been offensive,” Clement explained.

“We have scored seven goals in 12 games. That’s not enough.

“We wanted to try to keep our defensive stability but get more offensive players into the team to try to create, but unfortunately it didn’t work either way today.”