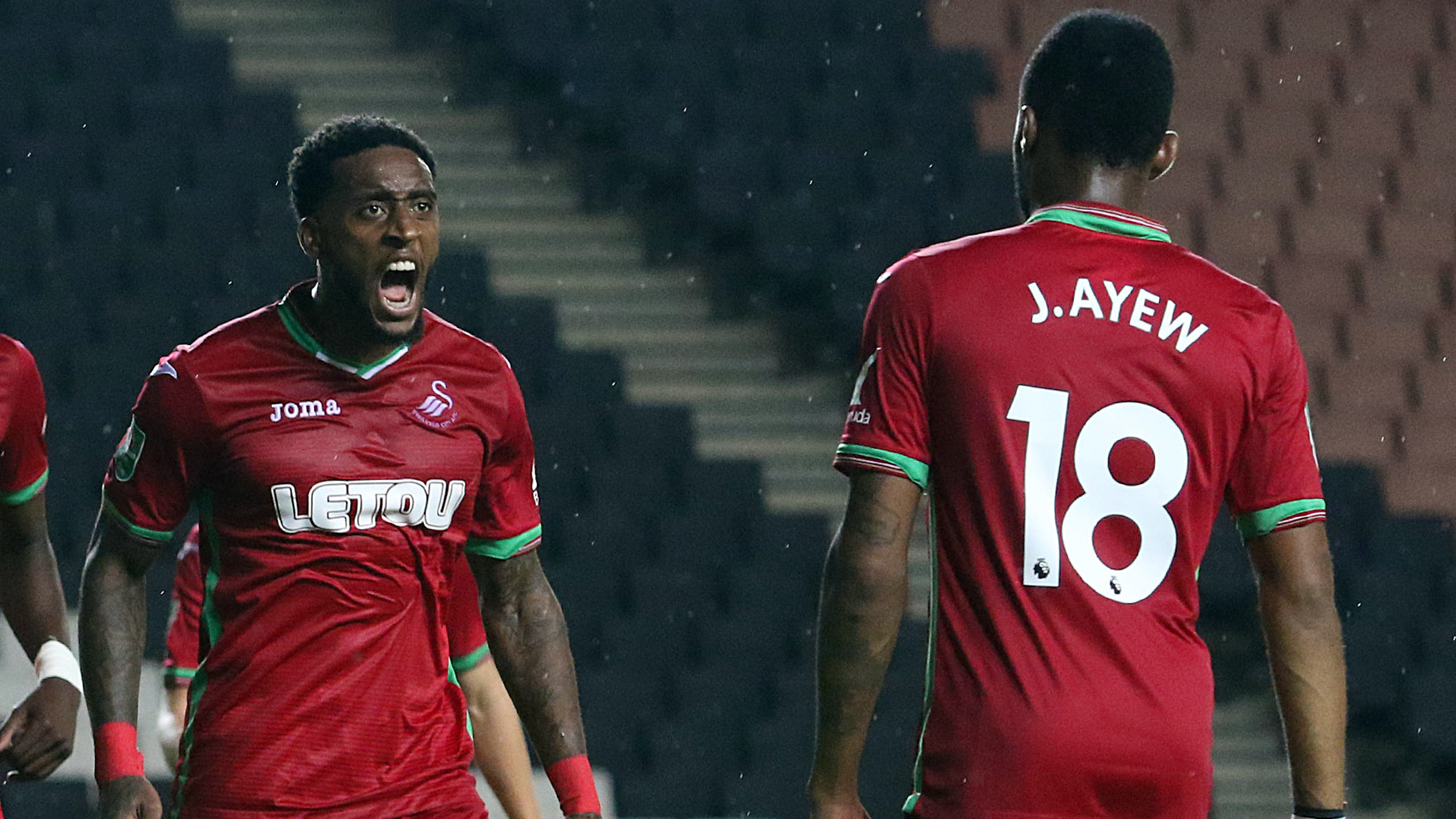 Paul Clement’s side came from behind to beat League One outfit MK Dons in their Carabao Cup tie on Tuesday night.

Fer levelled in the 18th minute with a header from Jay Fulton’s cross before edging the Swans ahead on the hour mark.

Tammy Abraham struck his first goal for the club before Jordan Ayew rounded off a 4-1 victory for the visitors.

Focus now turns to Saturday’s trip to Palace in a game which sees both teams seeking their first league win of the campaign.

And Fer feels the Swans’ confidence has been helped by their convincing win in the cup.

“It was important that we won the game and got into the next round because this is a competition we want to do well in,” said the Dutch international.

“In the first half we created many chances but didn’t really take them.

“We played much better in the second half and converted our chances. Scoring four goals is a big boost. We hadn’t scored in the previous two games so it gives us a lift ahead of Saturday.”

And Fer knows all too well how de Boer will want his Palace team to set up.

“He did a fantastic job in Holland and, despite it going as he would have hoped at Inter Milan, he’s a very good coach,” added Fer.

“Palace will play from the back – that’s de Boer’s style - but we will go there with our own plan.

“They haven’t started the way they would have wanted, while we haven’t won in the league yet either, so it will be an interesting game.

“Hopefully we can build on our win in the cup and take that into this game and pick up three points.”