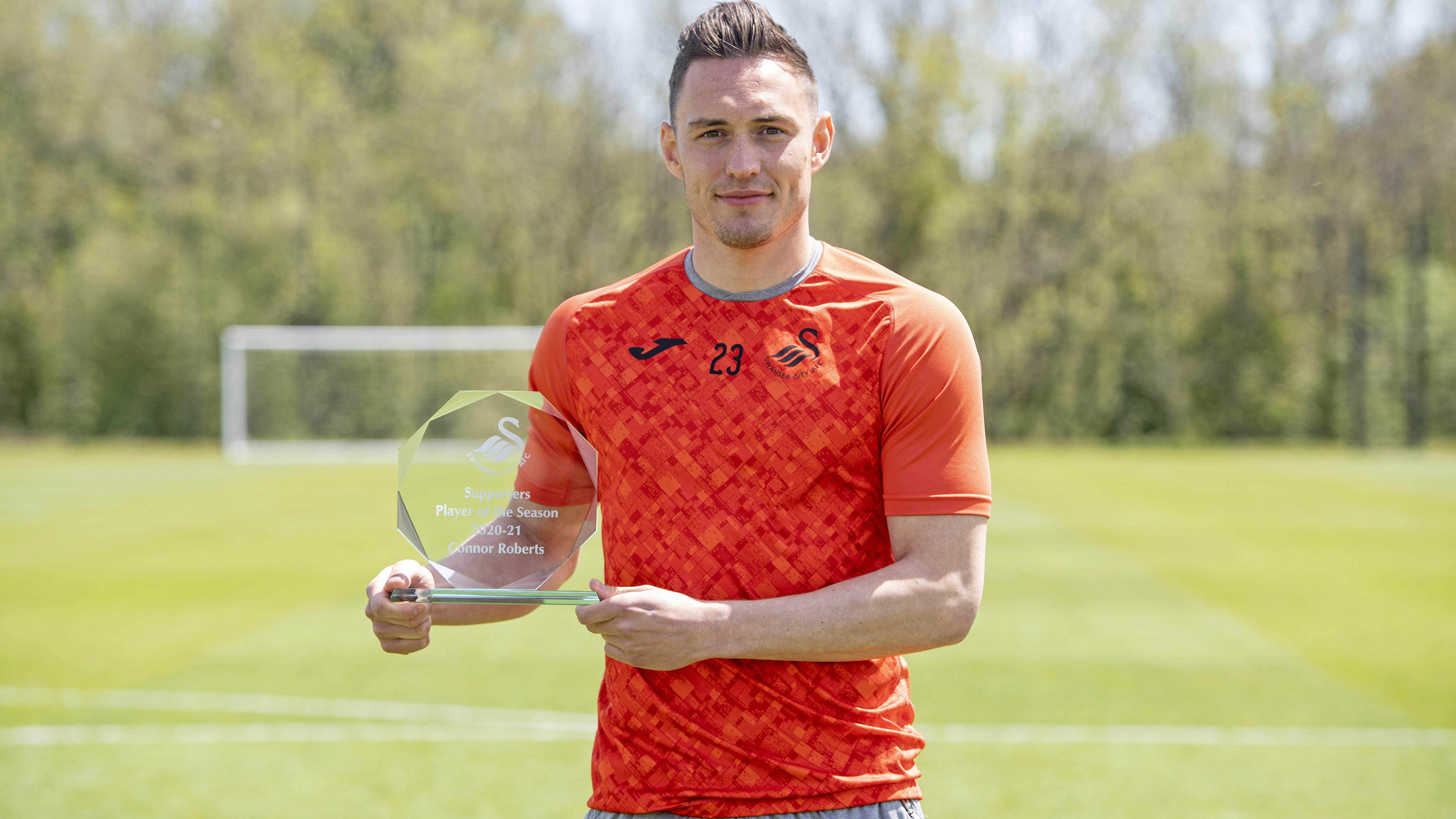 Connor Roberts has scooped a hat-trick of trophies in Swansea City’s end-of-season awards for the 2020-21 campaign.

The Wales international – who now turns his attention to Euro 2020 this summer – has enjoyed another fine season for his hometown club.

Roberts scored five goals during the course of 2020-21 as well as producing seven assists.

The Crynant-born defender also chalked up his 150th appearance towards the end of the campaign before going on to become the player with the most appearances for a homegrown academy product, overtaking the previous record held by his Wales team-mate Joe Allen.

The club’s Goal of the Season category was packed full of stellar strikes from across all parts of the club but – following an online vote – Jamal Lowe’s solo run and finish against Cardiff in a 2-0 derby win took top billing.

Andre Ayew enjoyed another fine season for the Swans, and the Ghanaian took home the Top Goalscorer award after netting 17 times across the campaign.

Ayew came up with plenty of magical moments in 2020-21, including superb strikes against Millwall and Barnsley in the play-off semi-final.

Congreve, who has been at the Swans since under-nine level, featured regularly for the club’s under-18s as well as stepping up to the under-23s side on several occasions throughout the season.

Supporters’ Player of the Year (sponsored by Ammcom Limited)

Away Player of the Year (sponsored by Swans Travel Club)

Goal of the Season (sponsored by Low Cost Vans)

DSA Player of the Year

Under-23s’ Player of the Year (sponsored by the DSA)

Academy Player of the Year