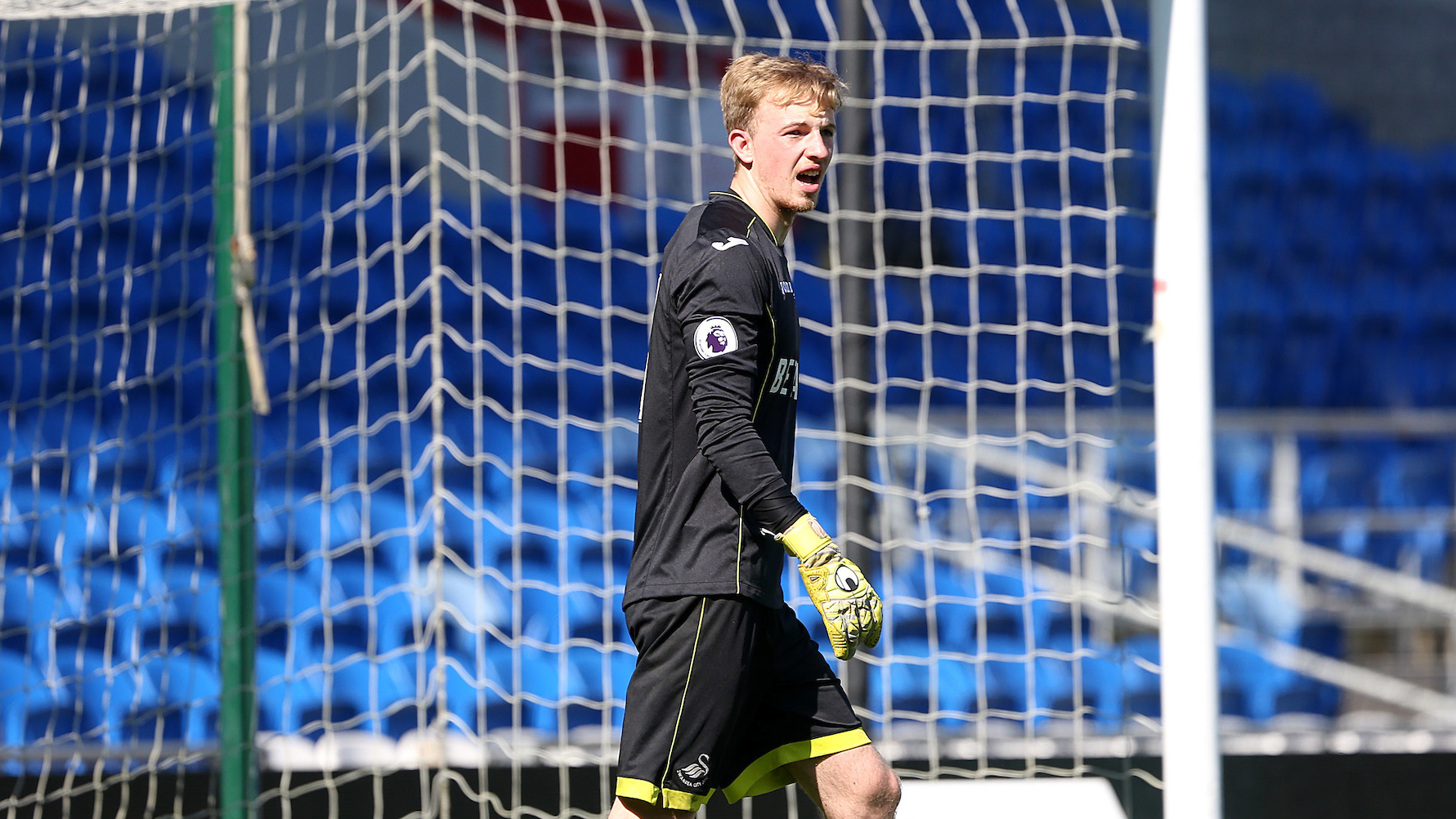 The goalkeeper played the full 90 minutes in both matches as the young Swans were beaten 2-0 by Burnley on Monday, before claiming a narrow 4-3 victory away at Colchester United three days later.

Although, the 20-year-old is still awaiting his first minutes in Premier League 2, where he has played second fiddle to Gregor Zabret, but continues to work hard in the hope that an opportunity will fall his way.

“For me, it’s all about looking for consistency,” he said. “All I can do is put myself in the shop window and keep performing.

“I was told at the start of the year that the cup games would be my priority, so I’ve always kept an eye out for them on the calendar and prepared myself for when they’ve arrived.

“Overall, I feel like I’ve done okay and am pleased with the way the games have gone, but you always want to do better.

“I’ve found it hard trying to break into the team in the league with the form of Gregor, but I’m trying my best in training and in games. Hopefully, if I get the nod, I can sustain that and be in the team for a while.”