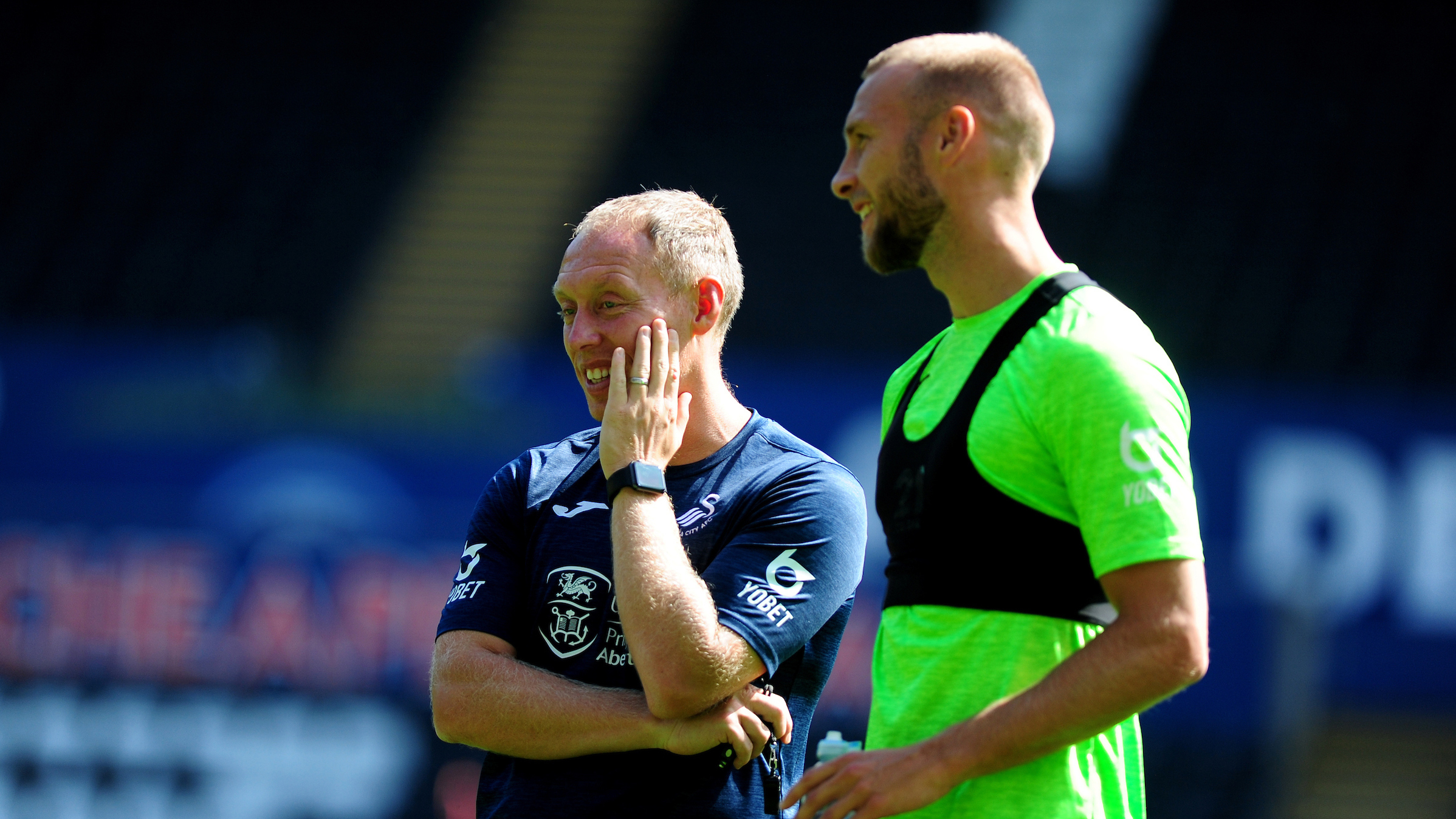 Cooper, 39, has overseen Swansea’s best start to a league campaign with five wins and a draw from his first six games in charge during August.

It means he has enjoyed the best beginning to a tenure of any manager or coach in the club’s history, and victory at Leeds last time out ensured the Swans ended the month on top of the Championship table.

Centre-half van der Hoorn, meanwhile, has also been recognised after a string of typically authoritative displays at the back.

The Dutchman has helped the Swans keep three clean sheets from their six games, while also chipping in with the winner against Hull and an assist for Bersant Celina in the win over Birmingham.

He is the only defender among the nominees with Charlton striker Lyle Taylor, Brentford forward Ollie Watkins and Preston midfielder Daniel Johnson also shortlisted.

The winners will be announced on Friday.