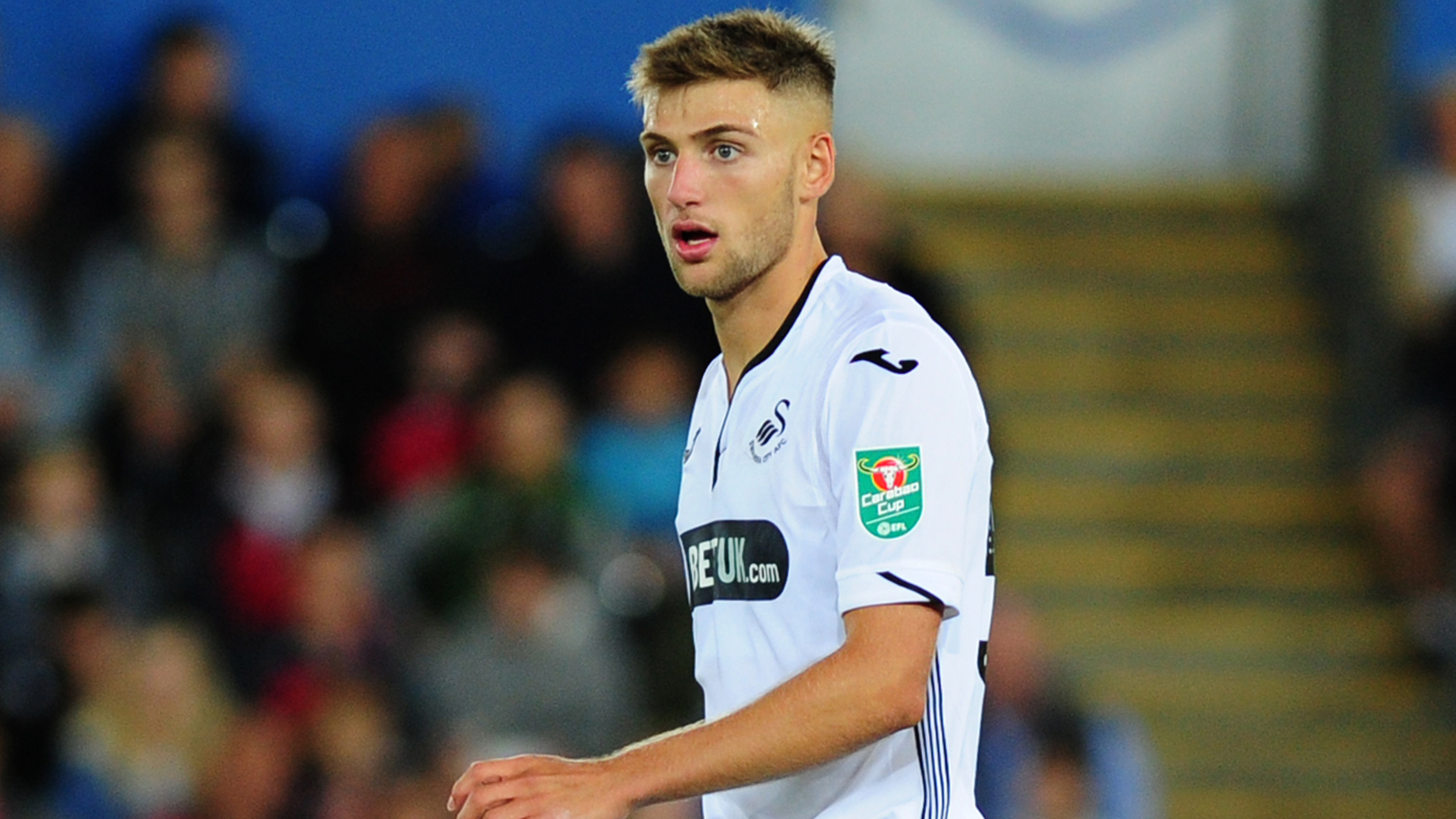 Cooper glad to put injury woes behind him

Brandon Cooper was delighted to make his return from injury by helping Swansea City Under-19s book their place in the FAW Youth Cup final with victory over Cardiff.

The centre-half played his first minutes in almost two months as he helped the young Swans to a 1-0 win that keeps them on course to lift the trophy for a 10th consecutive year.

Cooper had been sidelined by a knee injury which he sustained in the under-23s’ defeat by Leicester City in January.

And after appearing on the bench for the development side, the 19-year-old was thrilled to finally step back on the pitch.

“It felt good to get back out there. I enjoy every minute because it’s what I love to do," said Cooper, who made his first-team bow against Crystal Palace in the Carabao Cup earlier this season.

“I was chuffed to get a full 90 minutes and, hopefully, I can push on now and get more as the season draws to a close.”

It was around this time last year that Cooper was ruled out for five months after dislocating his knee and ankle in another showdown with Leicester at Landore.

He admits that experience helped him to deal with his latest setback in as positive a manner as possible.

Now back to full fitness, the defender is aiming to play a pivotal role as the under-23s aim to move away from danger in Premier League 2, where they are currently four points adrift of safety with four games remaining.

“Whenever I’m injured, I always try to think of the positives,” he added.

“Injuries are part and parcel of football and there’s always light at the end of the tunnel knowing I can get through it.

“Last season, I went five months without playing a game, but it’s a lot less this time.

“It’s an important time for the under-23s at the moment. We’re still in with a chance of survival and, hopefully, I can get back into the fold and help the team get some wins.”