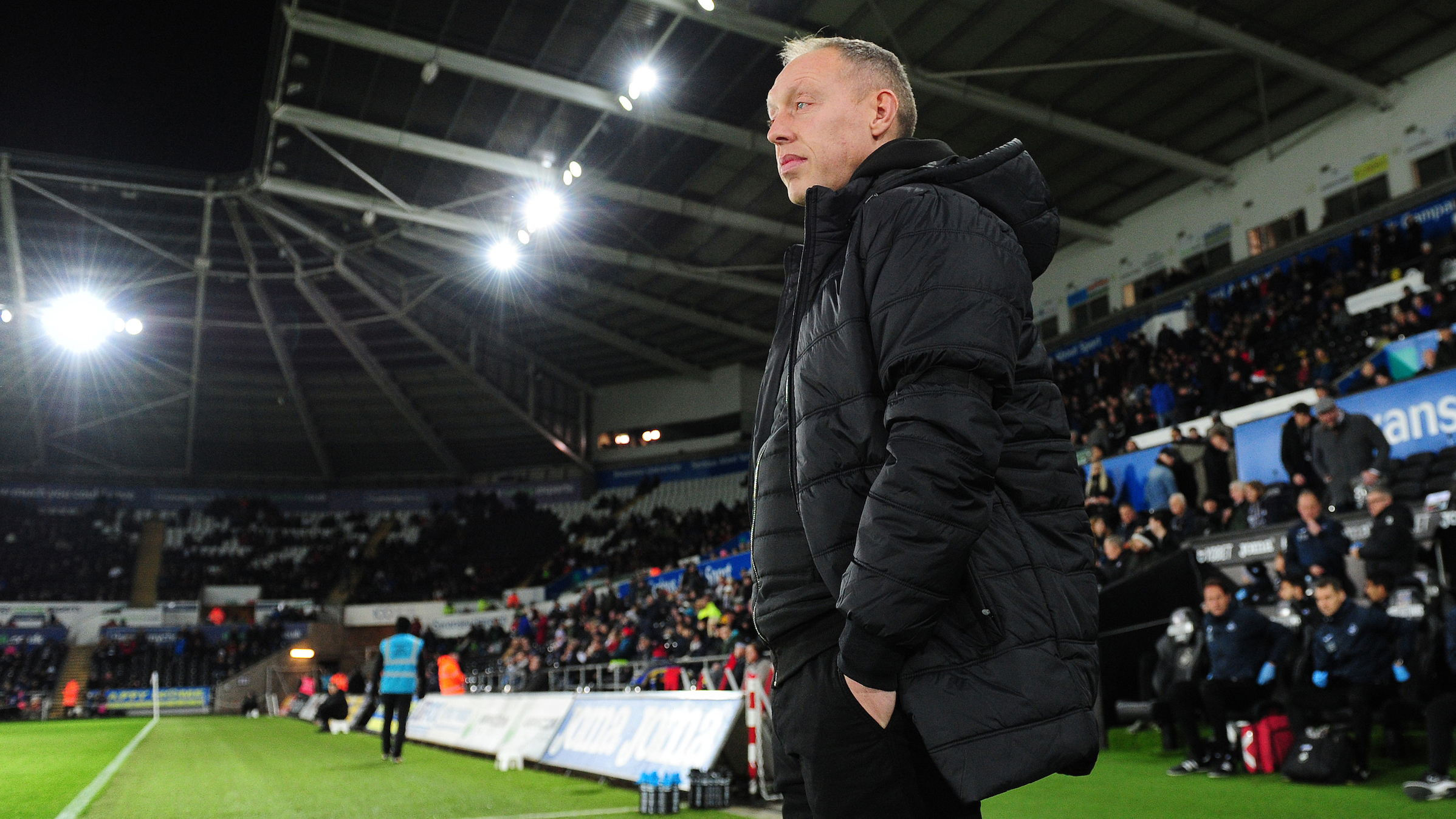 Steve Cooper praised the character of his Swansea City side after they came from behind to claim a point against Blackburn Rovers at the Liberty Stadium.

The Swans – on the back of a five-match sequence without a win – had the worst possible start as they conceded a goal to old boy Danny Graham inside the opening four minutes.

But they hit back rapidly with a header from Andre Ayew – his seventh goal of the season – and had the better of the rest of the contest – which ended with both sides down to 10 men as Tom Carroll and Bradley Dack saw red.

And, while Cooper was frustrated to see another opportunity for victory in SA1 pass by, he was pleased with the response his side had shown after the early setback, given how soon it arrived after Sunday’s heavy defeat at West Brom.

“We kept the ball well and looked like the team we should be at home.

“Obviously, it was a disappointing start to say the least to go 1-0 down the way we did after three minutes.

“After the weekend it was a real defining moment in the character and personality of the team.

“I thought it could go either way, and to be fair to the boys they really stood up for themselves and for the club, and so they should.

“We got back in it, the message at half-time was to keep going and some tactical messages with the intention of going on and winning the game.

“It’s still not a win at home and we really wanted that. You could see the intention of how we started the game in the ascendancy.

“I just think when you go 1-0 down in the manner we did, after Sunday, I think it can be a defining moment going forward.

“To see a positive reaction, a positive performance and – while we cannot be completely happy as we have not won – if you take the game for what it was, there were positives.”