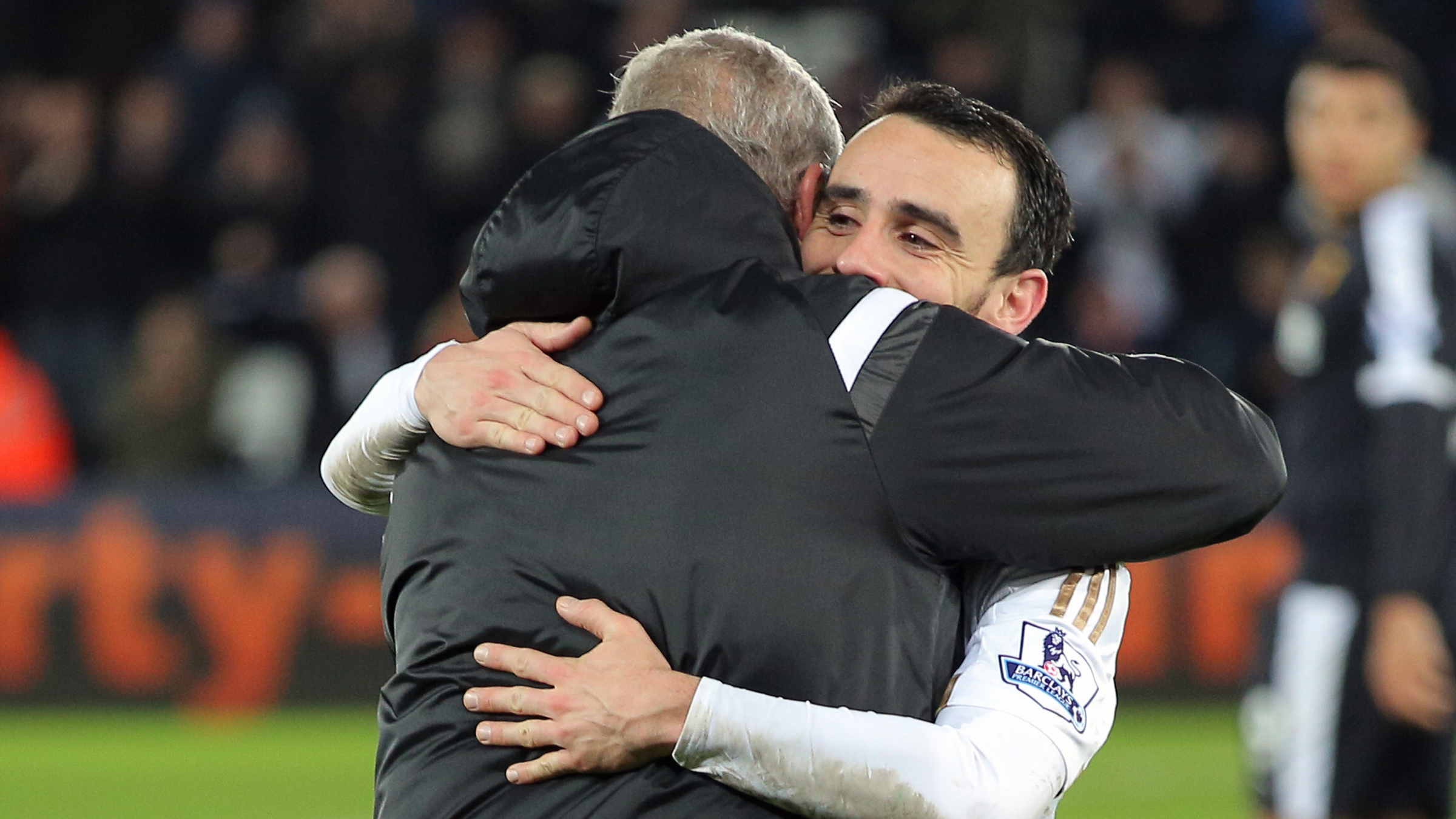 Alan Curtis has paid an emotional tribute to Angel Rangel and Leon Britton, labelling them two ‘giants’ of the club.

Rangel, who has made 373 Swansea City appearances across 11 seasons, is to leave the Liberty Stadium when his contract expires at the end of the season.

And Britton, who has an incredible 536 Swans appearances under his belt, is to retire from football following Sunday’s game against Stoke City.

Club legend Curtis believes Rangel and Britton will go down in history as two of Swansea’s greatest.

“We are losing two giants of the club,” said the 64-year-old, who made more than 350 Swans appearances.

“If you asked me for an all-time starting XI, two players I would look to have in that team would be Angel Rangel and Leon Britton.

“Both players have set the standard for what it is to be a professional footballer in the modern era."

Curtis has worked closely with Rangel and Britton in the various coaching roles he has held over the years.

“I can’t believe it has been 11 years since Angel arrived at the club," he added.

"Every minute of that time he has been the consummate professional.

“He has definitely been the best full-back Swansea City have ever had. He was absolutely outstanding during my coaching days.

“He has been instrumental in one of the most successful periods in our history. On and off the park he had led by example.

“His standards on the training pitch have been second to none. He has always set the example for everyone else and he has carried that through into games.

“He was comfortable on the ball with some great runs down the right side. He is a fantastic servant and I wish him all the best for the future.”

Curtis also had high praise for Britton who first arrived at Vetch Field on a one-month loan from West Ham in December 2002.

Britton followed in Curtis’ footsteps by playing for the Swans in all four divisions during an outstanding career.

“We signed a young boy from West Ham in a time when we were struggling to stay in the league,” Curtis recalled.

“He looked like a schoolboy when he first arrived, but from the first time he put on the shirt he was the ultimate professional.

“Leon set the example in training. There were times where players would gasp with amazement at what he could do with the ball.

“He was everything that you would want from a modern midfield player.

“He set high standards so that people had to follow. He has been a model professional and represented the club in all sorts of ways on and off the pitch.

“If you become a legend at a football club you have to be a great player and Leon and Angel have shown all those qualities.

“Both will be sorely missed. In my eyes, both will go down as Swansea City legends.”