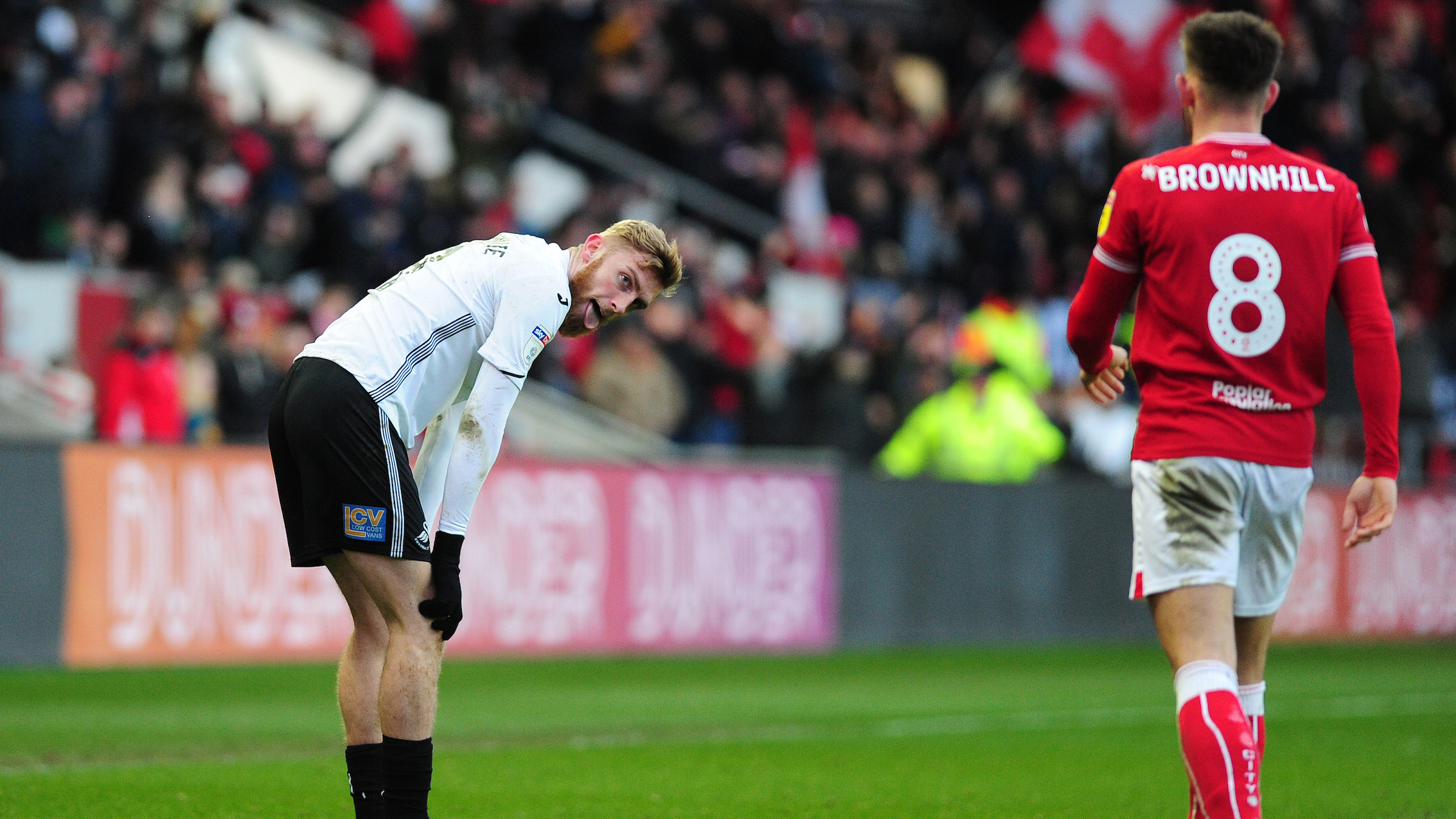 Dan available but Oli a doubt for Millwall

Daniel James is available for selection for Swansea City's meeting with Millwall, but Oli McBurnie is a doubt for the Liberty Stadium contest.

Winger James, 21, returned to training this week after suitable terms could not be agreed over a potential move to Leeds during the transfer window.

He and manager Graham Potter agreed it was best for the Wales international to sit out the defeat to Bristol City, but he is in the mix to face the Lions in SA1 on Saturday (3pm).

"Yes, Dan is in contention for selection," said Potter.

"He has been fine. It was a bit difficult for him at the time, it was a moment you can find yourself in as a footballer and he needed to deal with that over the weekend.

"He did that, we allowed him that time and it was the right thing for him to do. He has come back in as if nothing has happened, to be honest. He has trained really well, he does his best every day and we are looking forward to working with him and helping him reach his potential."

However, midfielder Leroy Fer has still not recovered from a hamstring injury, while in-form striker McBurnie has been suffering with illness and is rated as doubtful.

But there is good news on winger Wayne Routledge, who could return from the calf strain he suffered in the win over Sheffield United.

"Leroy is not available for the weekend," said Potter.

"He trained for the first time today but it was very light. He is a bit of a doubt for the weekend as it stands.

"Of course we want him to be fit, but we have a lot of games and it is important we do not rush him through if he is not right."