Dan | Swansea will always be special to me

Daniel James says Swansea City and the club's fans will always have a special place in his affections following confirmation of his move to Manchester United.

The 21-year-old has joined the Old Trafford club for an undisclosed fee, having caught the eye during an outstanding breakthrough season at the Liberty.

James' blistering pace and a string of stunning displays lit up SA1 during the 2018-19 campaign, helping him to earn full international honours with Wales.

He made 39 appearances and scored six goals in total for the Swans.

And, while no longer a Swans player, James will be cheering on his former club from afar and thanked everyone at the club for their input into his development.

"I can only say thank you to everyone at the club who has helped me develop over the last five years with Swansea," he said. 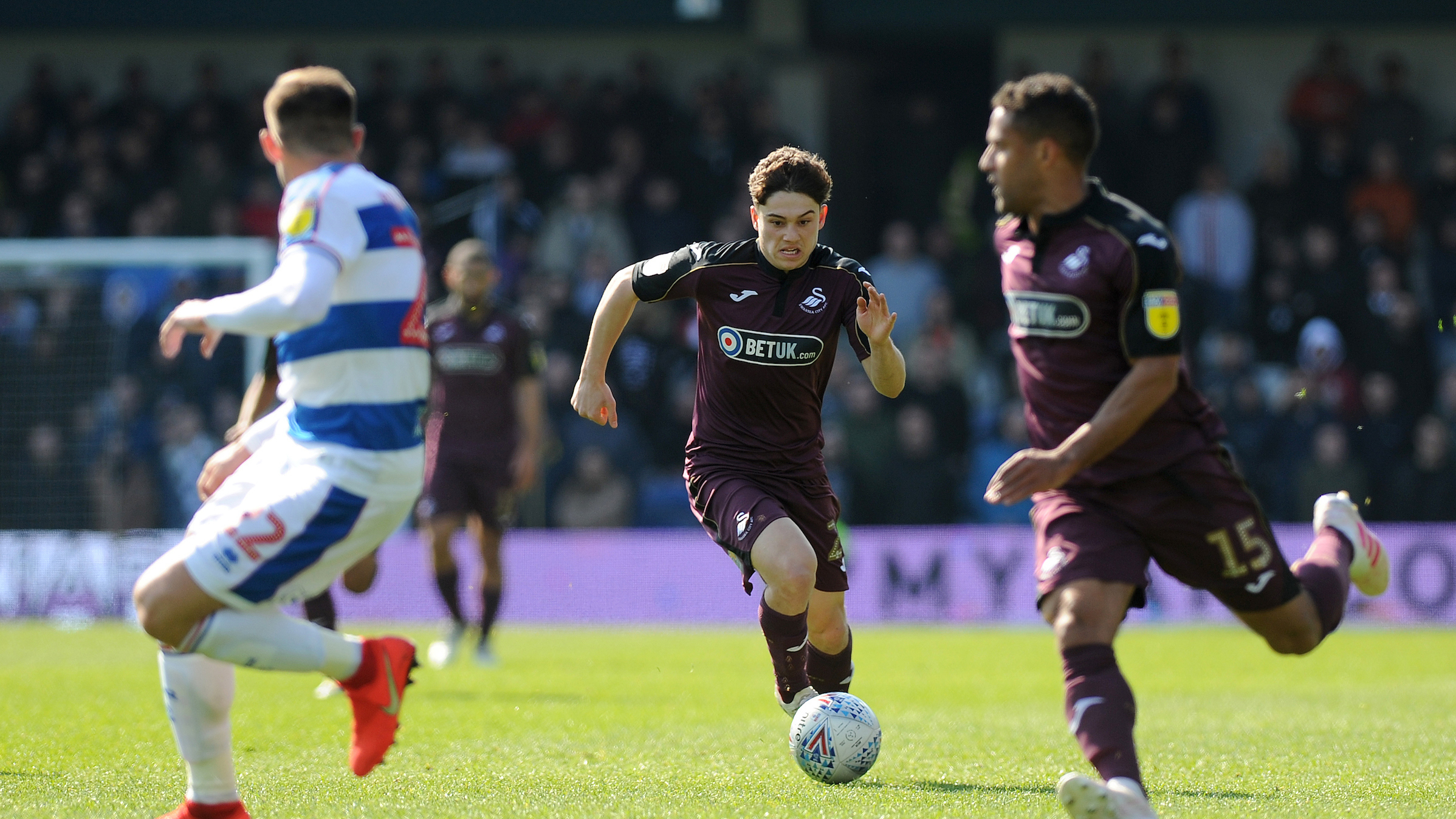 "Everyone has been a massive help in making me the player I am now. Obviously, I move on to a new chapter now, but Swansea will always have a special place in my heart.

"It is somewhere I will always love. I wish all the players, staff and fans all the very best for the future.

"I will still be keeping an eye out on how the lads are doing, and I will be checking their results to see how they are getting on.

"I definitely don't see it as though Swansea is now out of my life, far from it. I have made great friends there and I will be a big Swansea fan for the rest of my life."

James also had warm words for the Jack Army, who he reserved particular praise for having been cheered to the hilt as his thrilling wing play got supporters off their seats. 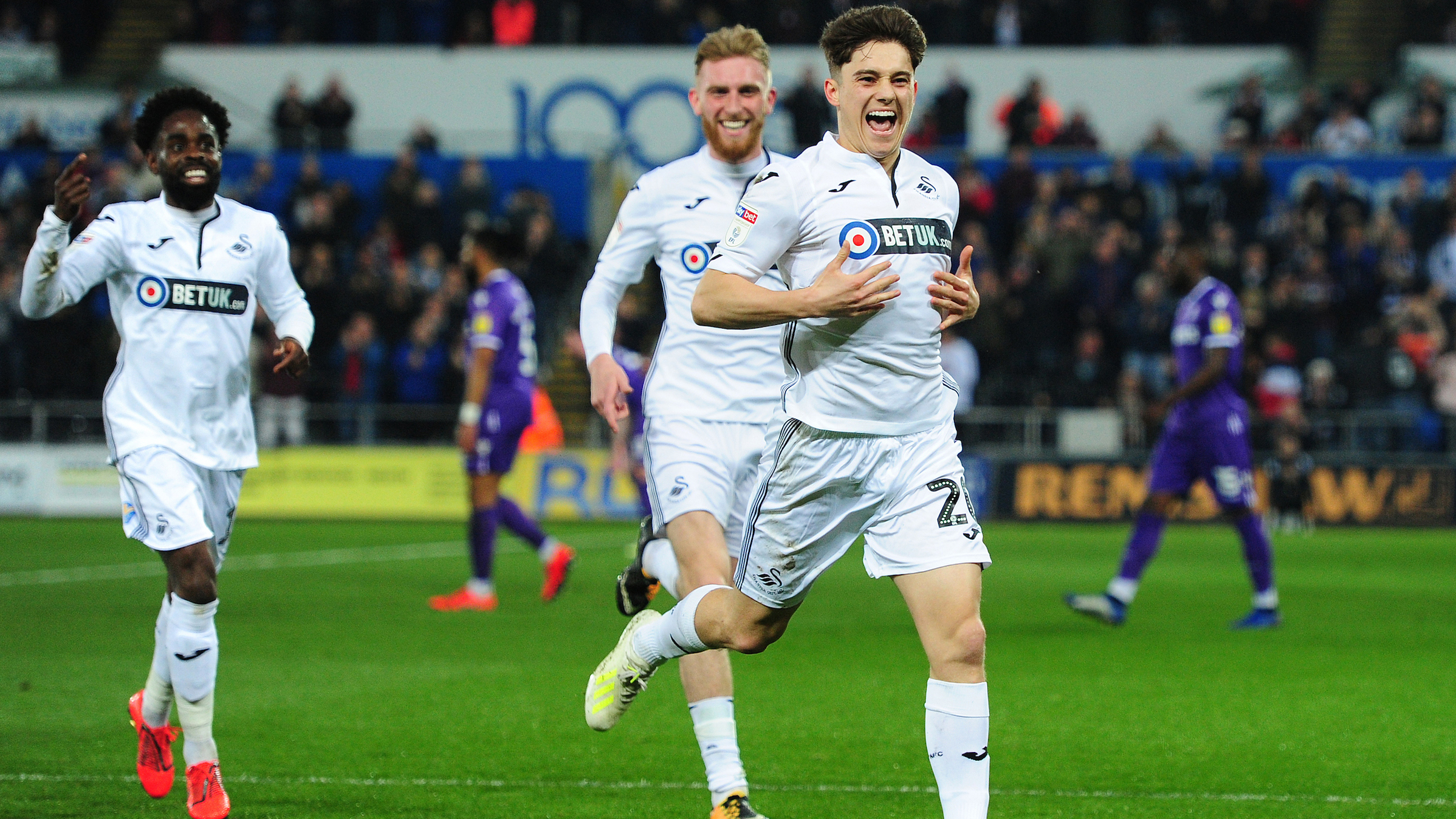 "It is a proper family club, everyone is in it together, and that includes the fans too," added James.

"They were right behind me all the way, no matter what happened. I just have to thank them for being behind me and I hope I was able to show them how much it mattered to me to play well when I pulled on the Swansea shirt.

"They have been amazing towards me and the players, and I hope they have plenty of reasons to cheer moving forward."

Such was his impact following his first-team debut in February 2018, James has already racked up a number of goals and assists that will be played and replayed for years to come.

There was his debut strike against Notts County, his curling effort against Stoke, and his FA Cup wonder goal against Brentford.

All were special, but one does stand out for James. 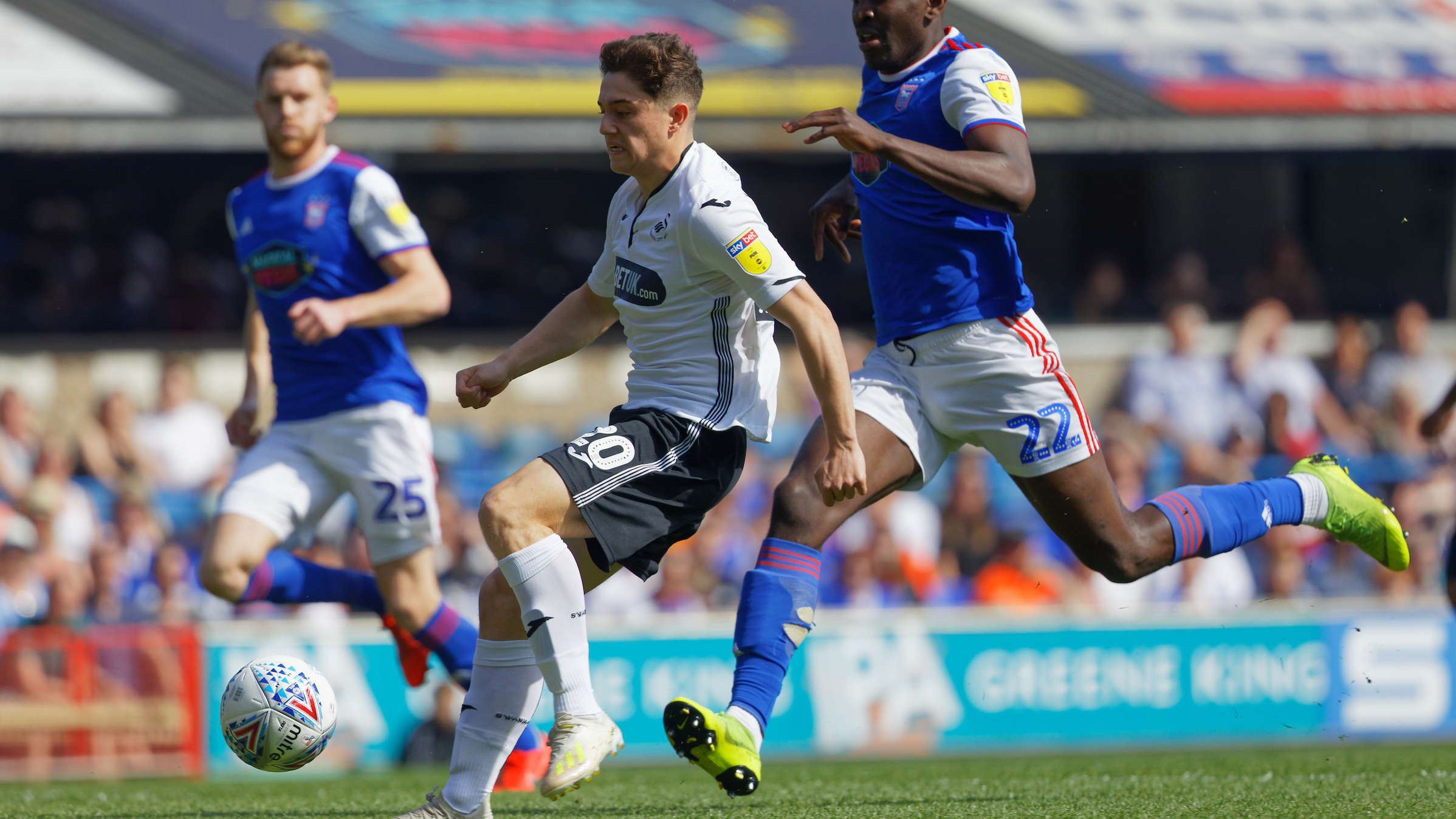 "I had some moments I will always cherish. Scoring on my debut was fantastic for me, and the goal at Stoke was great, but that goal against Brentford in the FA Cup was really special. That felt like something else," he said.

"It almost took me back to when I was playing as a kid, running up the pitch and scoring, which is not something you get often in senior football.

"That definitely sticks out, and playing against Manchester City was big as well, being able to show how we could play against a team of that calibre."

James first joined Swansea as a 16-year-old in 2014, making his way through the Swans' academy system all the way up to the first team.

It was a pathway trodden by a number of players who burst onto the first-team scene last term, and James knows just how important a role the academy set-up played in helping him flourish.

"I got brought in and moulded to 'the Swansea Way' and I will always be grateful for that," he added. 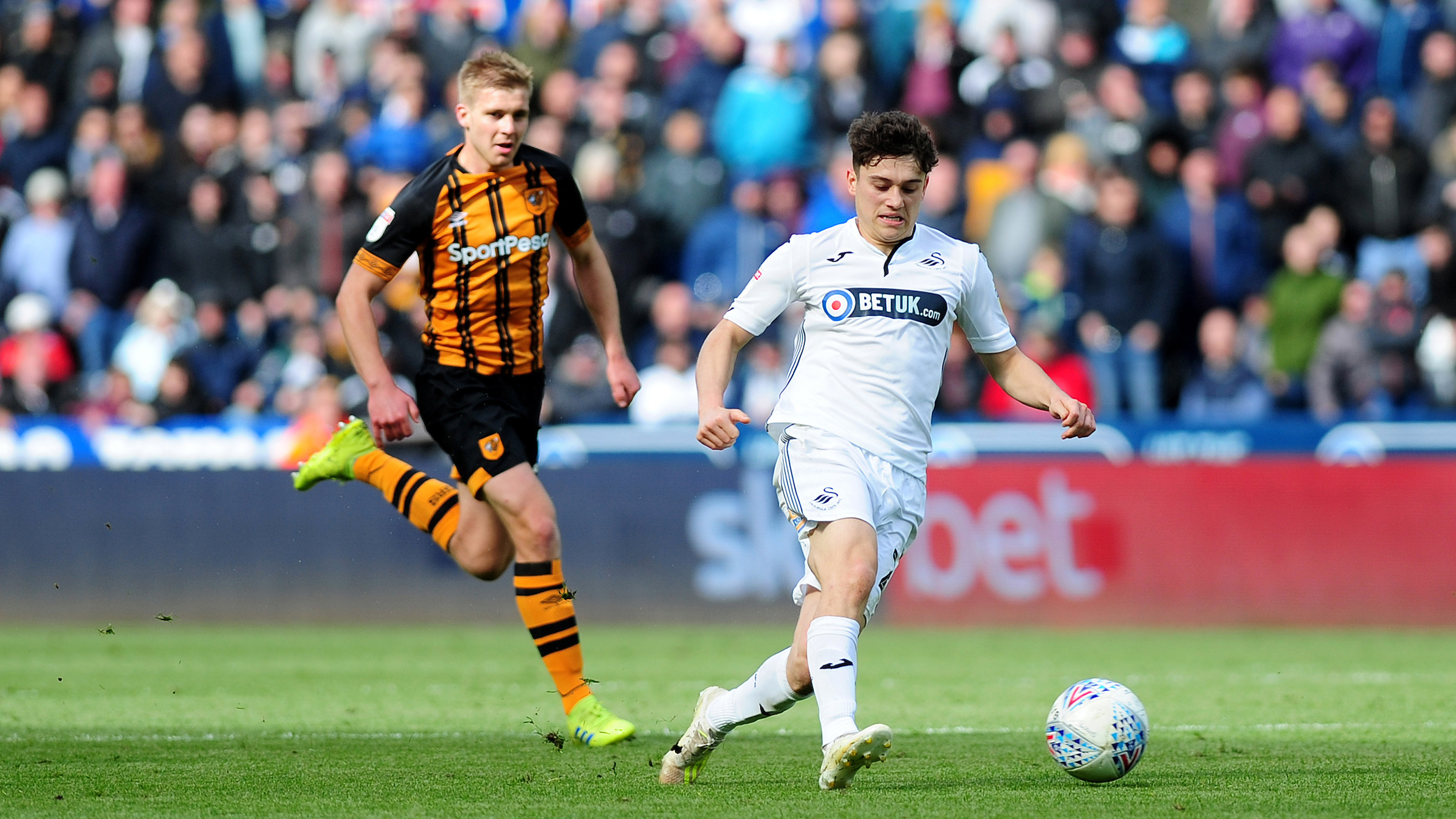 "It was massive for me. The coaches in the academy helped to get me ready to go into that first-team environment.

"That pathway was always there for me. Obviously, Cameron (Toshack) and Gary (Richards) were a big part of that for me, as well as the guys in the gym helping me become more robust and ready for the physicality.

"They played a big part, and I also have to thank the gaffer (Graham Potter). I know he has left now, but he trusted in me and gave me that chance when I had been thinking about going on loan at the start of last season.

"Whatever happens in my career in the future, I will always be so grateful - and have fond, fond memories - of my time with Swansea City."