Sixteen-year-old Josh Thomas has spoken of his pride and delight after making his Swansea City Under-23s' debut in Monday’s draw with Aston Villa.

The teenage striker, who has been with the club since he was 12, made his first outing for the development side in Premier League 2 Division 2 – playing the final 12 minutes at Landore after replacing goalscorer Keiran Evans.

Thomas looked lively upon his introduction as he embarked on a couple of determined runs, while forcing Villa keeper Viljami Sinisalo into action with a long-range shot.

The forward, who scored in the under-19s' FAW Youth Cup final victory over TNS last season, joined the likes of Joe Rodon, Liam Cullen and Tivonge Rushesha in a select group of players to appear for the development side at the age of 16.

Thomas was handed his opportunity by Gary Richards and Cameron Toshack following an impressive start to the season with the under-18s.

He has already scored three goals in two Premier League South games and knows that maintaining those performance levels will give him the best possible chance of adding to his appearance tally for the under-23s.

“I was delighted and proud to be given the opportunity,” he said.

“When it comes, you have to take it with both hands. I just tried to play my own game and show what I’m capable of.

“This might be my only chance, so it was important that I made the most of it in order to get another one.

“I’m hungrier than ever this season. I just hope my chances come and that I take them.

“I’ve got to keep pushing with the under-18s and maintain my confidence levels. As long as I do that, I should get more opportunities with the under-23s.” 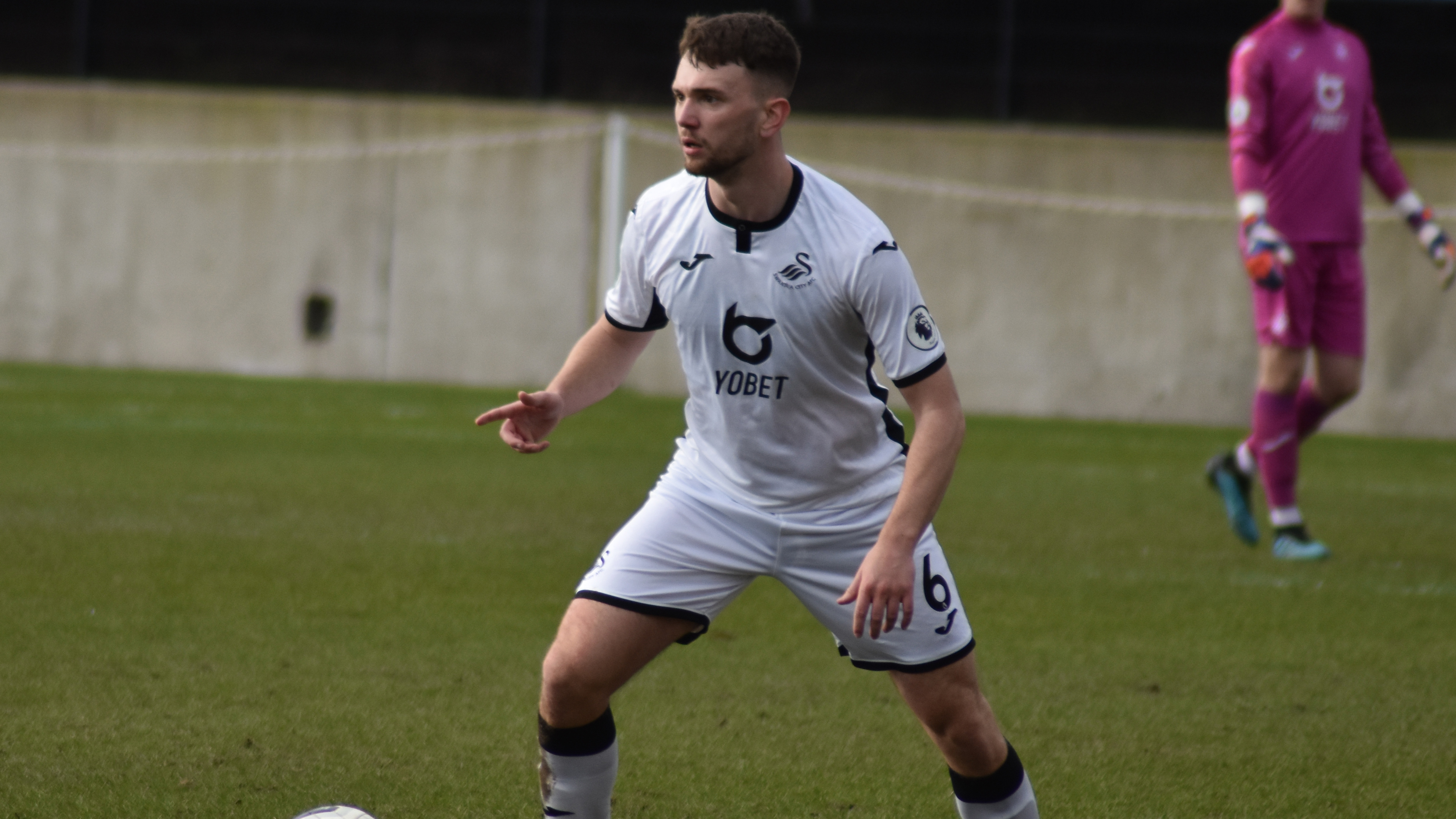 Ben Erickson | Every game feels like a World Cup final

Ben Erickson admits it feels like a World Cup final every time he steps onto the pitch for Swansea City following his recent return from an injury nightmare that lasted well over two years.

Tom Price | Loan move was a big step in my development

Tom Price believes going out on loan has seen him take a big stride in his development after recently returning to Swansea City from a spell on loan with Aberystwyth Town.