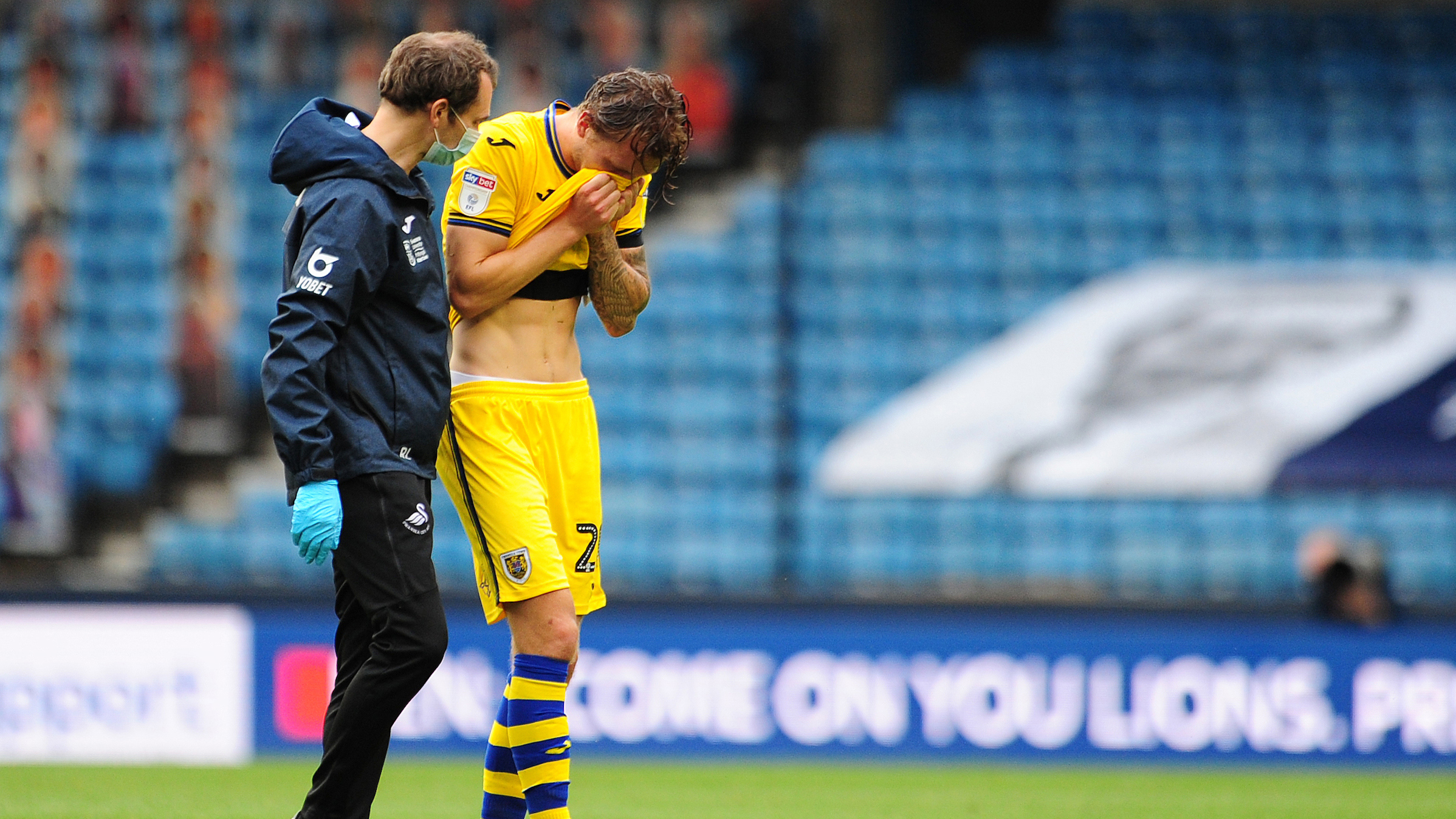 Steve Cooper has confirmed Joe Rodon and Ben Wilmot will miss the rest of the season due to their respective injuries.

Rodon was expected to sit out the remainder of the 2019-20 campaign after picking up an unfortunate ankle injury in training ahead of the midweek draw at Millwall.

Wilmot, meanwhile, was forced off late in the game at The Den after hurting his medial collateral ligament landing awkwardly following an aerial contest, and he has returned to parent club Watford for treatment with a projected absence of a month ahead of him.

With Mike van der Hoorn working his way back to fitness, it leaves Marc Guehi and Ben Cabango as Swansea City’s specialist centre-half options, although full-backs Kyle Naughton and Jake Bidwell have experience of playing at centre-back for the club.

“They are both out for the season,” said head coach Cooper of Rodon and Wilmot.

“We pretty much knew with Joe that would probably be the case, but it was confirmed yesterday morning.

“And Ben is the same, he will be out for a minimum of a month so in terms of the league campaign they will not feature at all.

“As I said at Millwall, centre-back was the last position we would want an injury in, but we will not cry about it.

“It’s unfortunate, these are contact injuries, they are not muscle injuries from getting ready to play and the game schedule.

“It makes it even more disappointing, but we have to get on with it. We have to adapt and look forward, not back.

“We might have to mix things around, but we will get on with it, we won’t be the only club with an unfortunate story like that.

“We see the situation and the six games as a real opportunity. Whoever is fit, or whoever is tired, we are going to have to go for.”

There was some positive news however, as Cooper confirmed Conor Gallagher and Guehi have had their loan spells from Chelsea extended to take in the rest of this elongated season.

Russell Martin has confirmed Morgan Whittaker is in Swansea City’s squad for the weekend meeting with Queens Park Rangers at Loftus Road.

Harry Darling returns to the Swansea City starting line-up as Russell Martin makes one change to his side for this afternoon’s meeting with Sunderland.