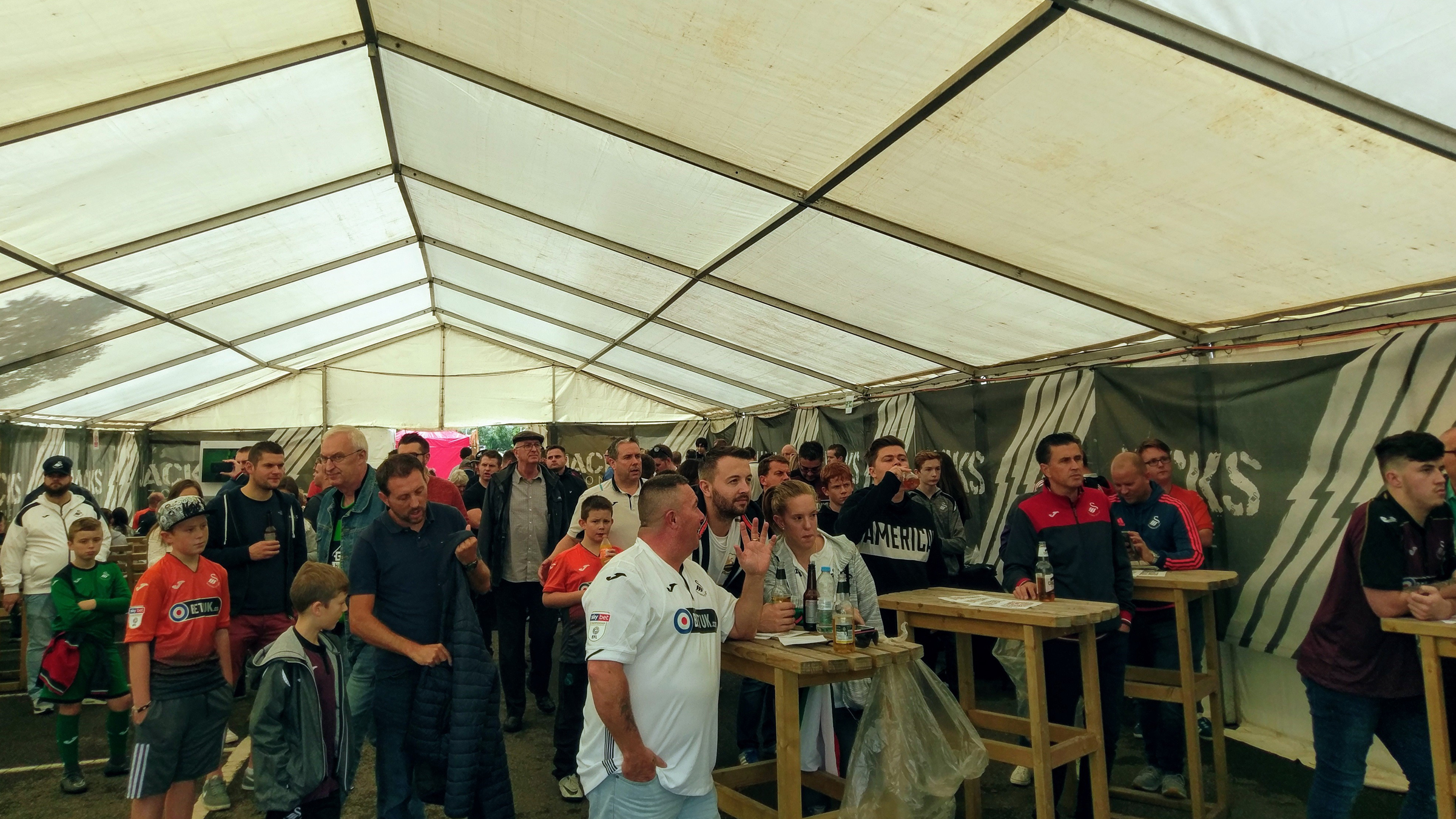 Double or Nothing to hit the Jacks Zone

The popular Jacks Zone will be up and running again for the visit of Rotherham to the Liberty Stadium on Good Friday (3pm).

Fans can start their matchday experience early in the large marquee outside the South Stand from 12.30pm, where they’ll find a live band, live Championship football on the large TV screens and a special drinks promotion.

Outside the marquee, for the more energetic, there are activities for the kids, plus four table football games for the young - and not so young.

Returning to the marquee stage will be Double or Nothing, a female-fronted covers band playing sounds from the 60s to the modern day, who will be playing from 2pm.

They have gained some great support from the pubs, clubs and hotels they perform at and are now becoming a firm favourite at live venues with bookings being taken almost a year in advance.

Swans fans sampling the Jacks Zone are ensured of an upbeat, lively and enthusiastic performance.

Behind the bar there will also be a special drinks promotion for the game, with bottles of Coors Light (330ml) at just £2 and Stowford Press Cider at £3 (500ml). Other drinks will also be available.