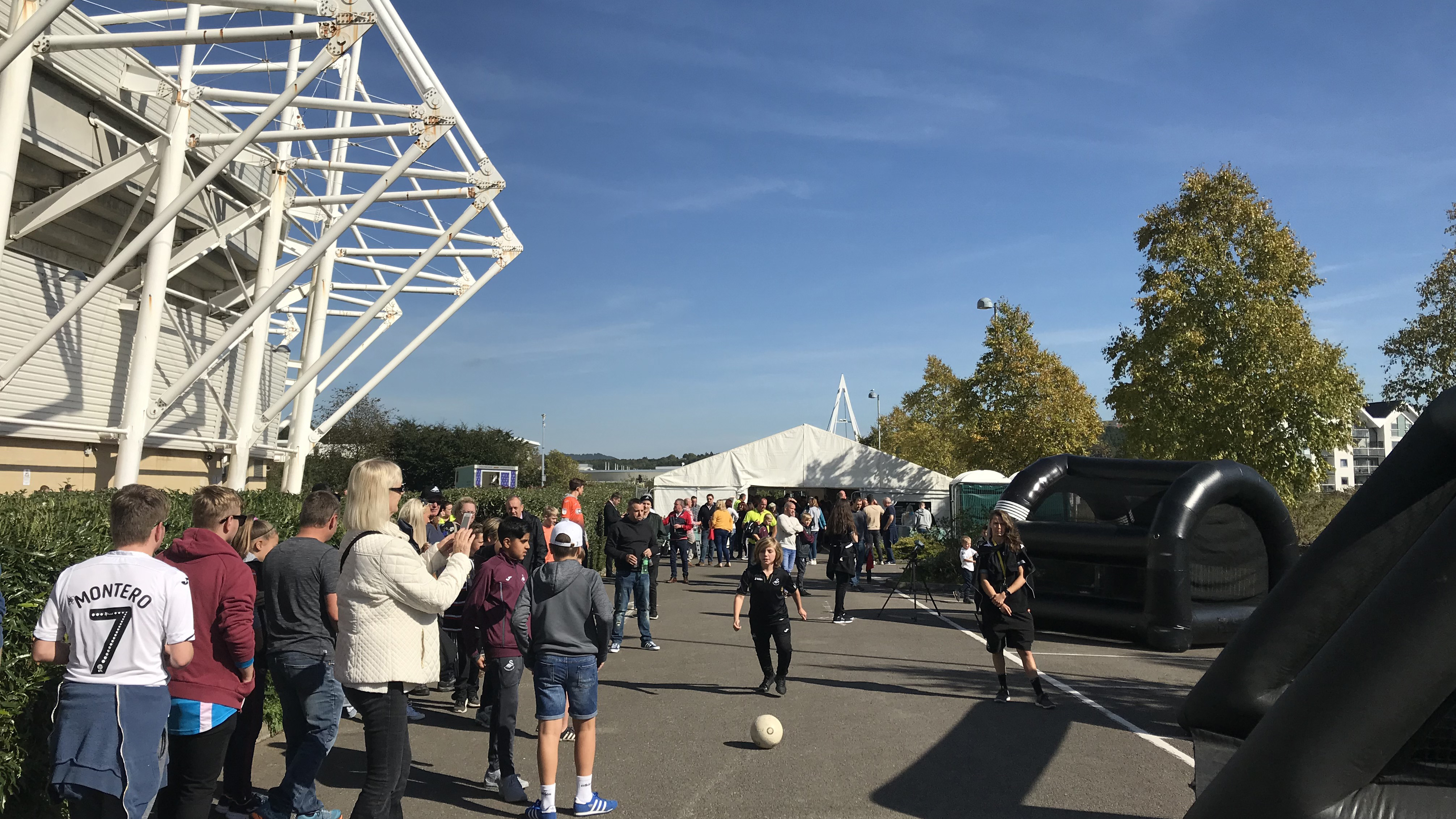 Elphies Kingdom are back in the Jacks Zone this Saturday before the Swans take on Wigan Athletic.

Having first played before the first home game of the season in August, Elphies Kingdom make their return to play an hour of live music from 1.30pm.

Fans can take cover from the winter weather in the large marquee outside the South Stand from 12.30pm, where they’ll also find entertainment on the TV screens and a special drinks promotion.

A FIFA tournament will be played on one of the screens from 1pm on a first-come-first-served basis.

Eight young Swans fans will compete and have the chance to advance through a semi-final and final round. The winner will win a bag filled with Swans goodies.

Outside the marquee, for the more energetic, there are more activities, including four table football games for the young - and not so young.

There is no early kick-off in the Championship or Premier League on Saturday, so we will show Sky Sports' coverage of Rangers v Celtic on the second large TV screen.

Behind the bar there will be a special drinks promotion for the game, with bottles of Coors Light (330ml) priced at just £2 and Stowford Press Cider at £3 (500ml). Other drinks will also be available.

So why not start your matchday early and come down to the Jacks Zone? You can enter via the entrance to the South car park - halfway down the red tarmac of the South Stand - or from the retail park foot bridge.

Under-14s must be accompanied by an adult. The Jacks Zone will be closed during and after the game.