The 2018-19 season was one of transition for the development side under Gary Richards and Cameron Toshack.

With key players from the previous campaign like Oli McBurnie, Daniel James and George Byers along with Joe Rodon progressing to the first team, their shoes were filled with several first-year pros following their promotion from the under-18s side.

Over the course of the season, a total of 26 players appeared for the U23s across all competitions whilst still in their teens.

Thus, despite only turning 20 in March, Evans is one of the more senior players in a very youthful group. 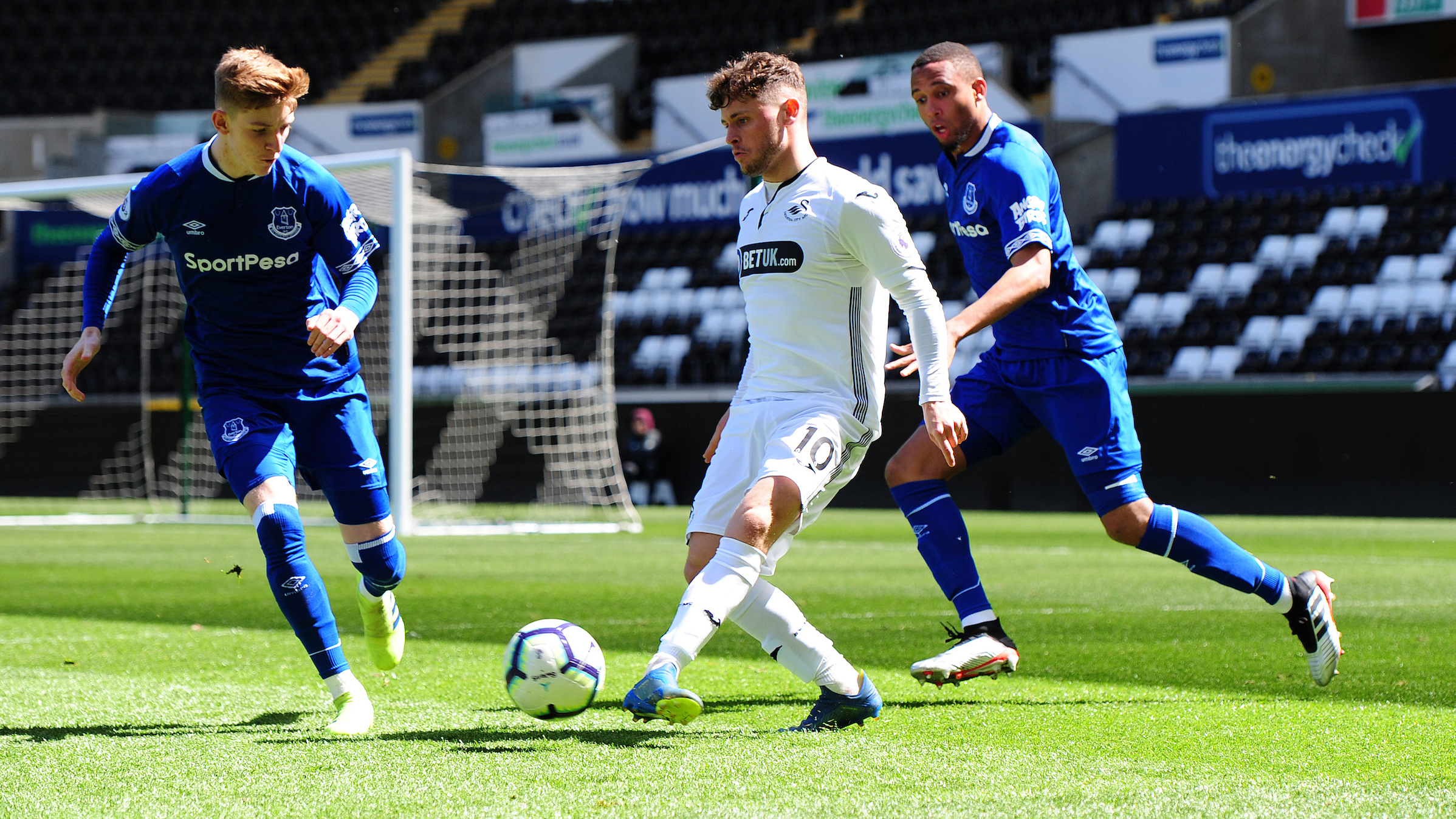 As a result, the attacking midfielder has taken his team-mates under his wing and passed on valuable advice over the campaign.

“When you step up to this level for the first time, it can be quite daunting for any younger player,” explains Evans, who has been with the Swans since he was six years old.

“It wasn’t too long ago that I was in that situation, so I know exactly how some of them feel.

“In that instance, you’re always hoping that the older players will take you under their wing and give you advice.

“Over the past couple of years, the older players have been brilliant with me and I learned a lot from the advice that they gave me.

“Now I remember that and try to guide the younger boys coming through in the same way.”