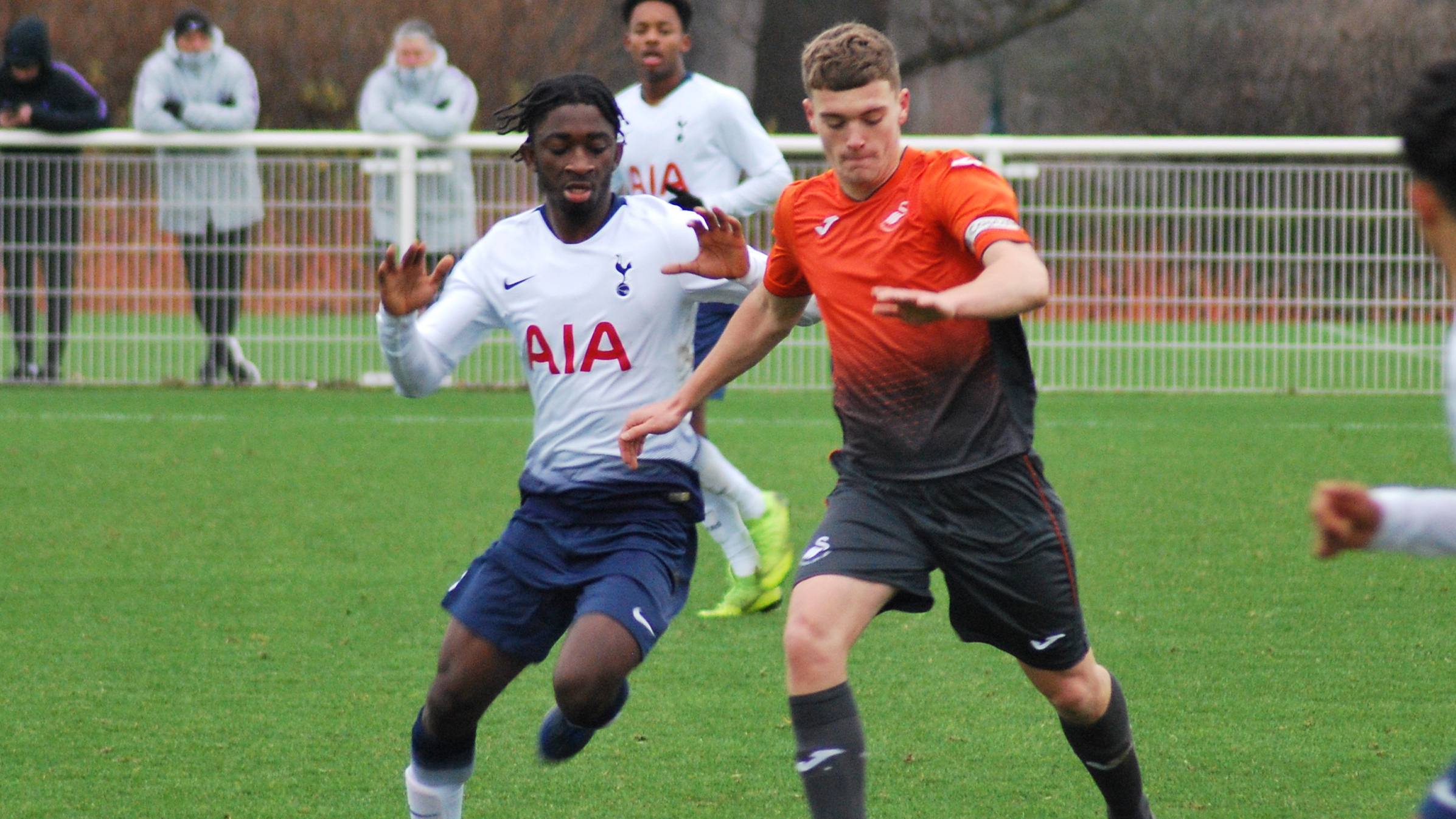 Cameron Evans has spoken of his pride in captaining Swansea City after leading the under-19s to victory over Cardiff City in last night’s FAW Youth Cup semi-final.

The 18-year-old defender led by example as the young Swans booked their place in the final thanks to Oli Cooper’s strike just before half-time.

The under-19s then showed a terrific degree of professionalism in the way they saw out the victory after the break.

Vice-captain of the under-18s, and having been with his hometown club since under-9 level, Evans admits wearing the armband means the world to him.

“It’s always been a dream to captain the Swans – whether that is for the under-19s or the first team,” he said.

"It’s special to wear the armband in a competition like the FAW Youth Cup where we have a proud history.

“There’s a big rivalry between Cardiff and Swansea. I always dreamt of playing against them for the Swans, but captaining us and winning is the icing on the cake.

“We started well and put them under pressure straightaway. We had a few chances that we should’ve put away, but managed to get a goal before half-time that settled us down.

“In the second half, it was just about getting the job done. We defended well, kept our concentration and managed to get a clean sheet, which we’re all really chuffed with.”

The Swans now find themselves one victory away from lifting the trophy for a 10th consecutive year.

TNS or Cardiff Met await them in the final and Evans admits he and his team-mates must remain focused on the task in hand.

“It’s a brilliant position for us to be in,” he added. “We take this cup very seriously as you’ve seen over the past few years. We always try to field our strongest side and want to win every game.

“Although we’re expected to beat most of these teams, there’s still a lot of pressure on us to deliver.

“Whoever we play, it’s going to be a tough test, but we’ve just got to concentrate on going out there and doing the job.”