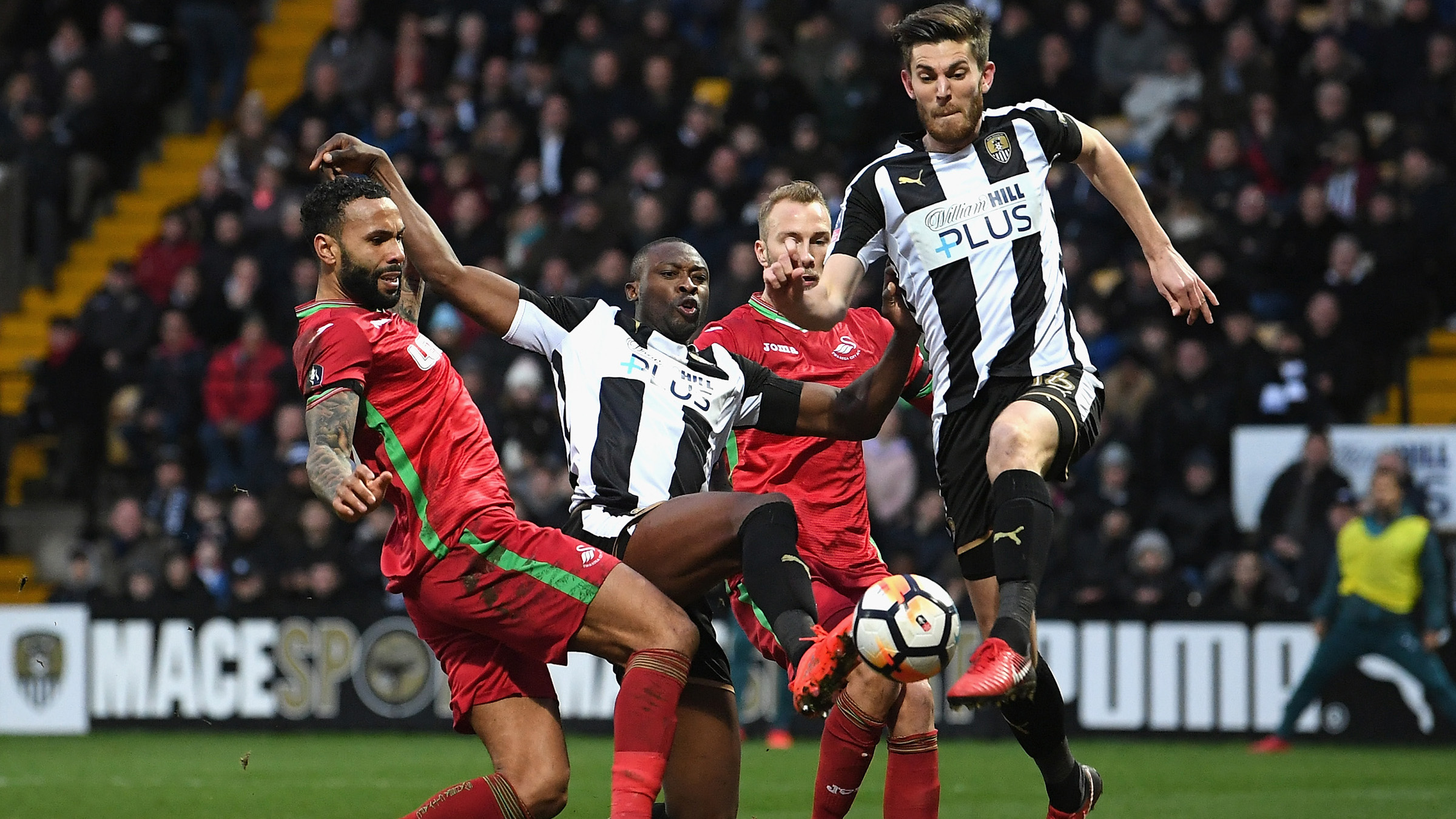 Tickets for Swansea City’s FA Cup replay against Notts County will go on sale from 10am on Tuesday (Jan 30).

The Swans host Notts County on Tuesday, February 6 at the Liberty Stadium with the fourth-round tie being shown live on BBC one at a new kick-off time of 8.05pm.

The Swans are going “Kids for a Quid” which means under-16s can watch the game for just £1 with every paying adult.

There will be a maximum of four kids tickets per paying adult. Tickets will first be available in the West and East stands only.

The club has also waived the standard booking fee for all “Kids for a Quid” tickets.

From 10am on Tuesday, January 30
Season Ticket Holders and Jack Army members.
Season ticket holders are not guaranteed their own seat but they can select the best available.
Online, over the phone at 01792 616400 or at the Ticket Office.

Tickets will be available from HERE from Tuesday, January 30.

Supporters wishing to renew their season tickets ahead of the price increase on February 1 are advised not to leave it too late. The ticket office will focus on matchday enquiries from an hour and a half before kick-off on Tuesday.