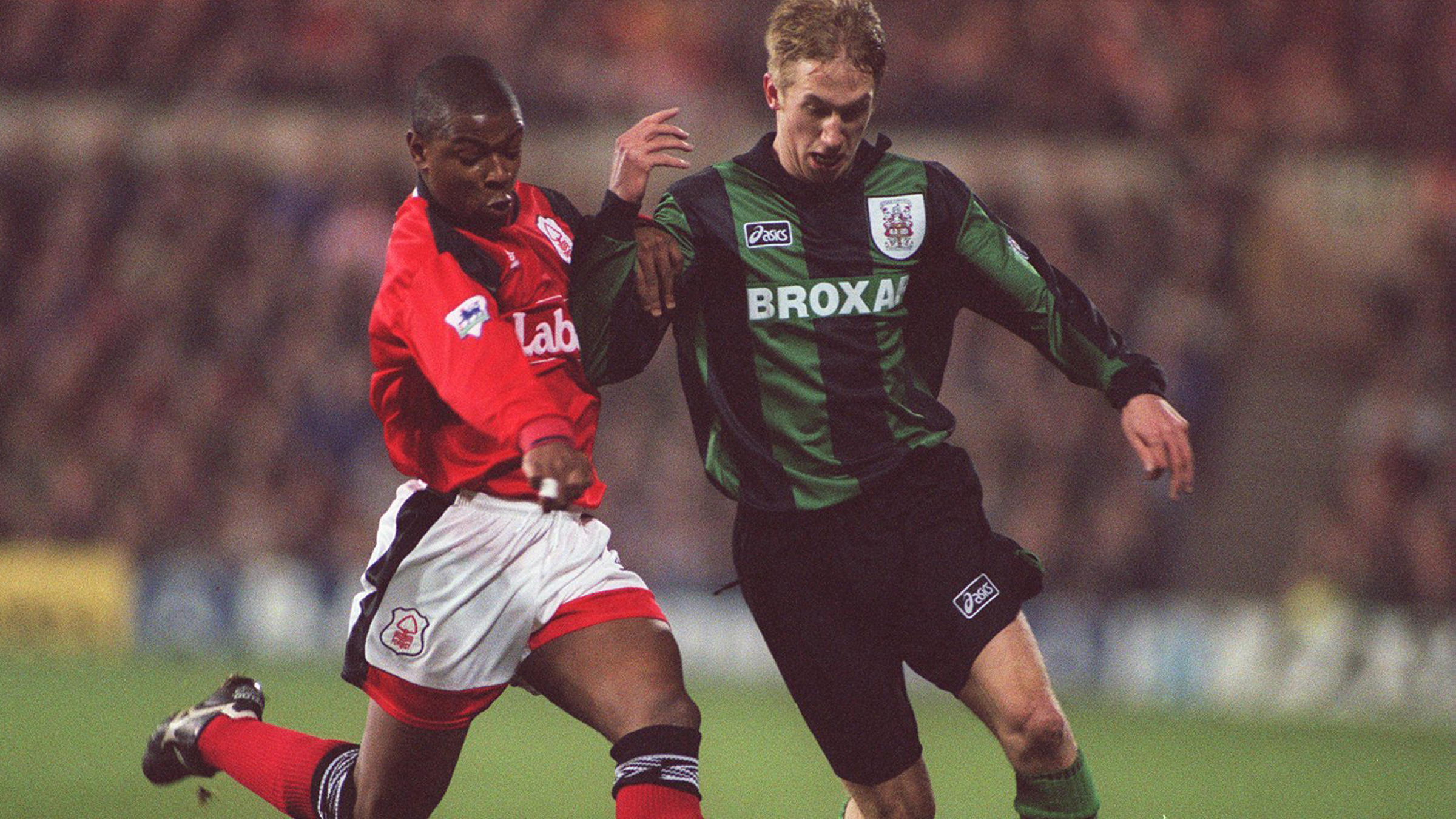 1992-93 – Having come through the ranks at Birmingham, a 17-year-old Potter makes the first-team breakthrough, clocking up 23 appearances for the Blues in the second tier.

May 1996 – Features in play-off semi-final for the Potters, but they miss out on promotion to the top flight.

August 1996 – Plays for Peter Taylor’s England Under-21s in a 2-0 win over Moldova, alongside the likes of Michael Duberry, Riccy Scimeca and Lee Bowyer.

February 1997 – After 10 Southampton appearances, drops back into the second tier following £300,000 move to West Brom.

June 2000 – Having played 47 times for the Baggies, as well as spending time on loan at Northampton and Reading, Potter joins York on a free.

November 2001 – Plays in a 2-0 defeat to the Swans, with Damien Lacey and Mamady Sidibe on target at Bootham Crescent. It is one of a number of lower-league appearances against his new employers.

February 2004 – Following a spell on loan at Shrewsbury, Potter signs for his last club Macclesfield Town.

May 2005 – Opts to hang up his boots after 64 Macclesfield appearances.

December 2005 – Graduates from the Open University with a degree in social sciences, and later completes a master’s. He goes on to work at the University of Hull and Leeds Metropolitan (now Leeds Beckett) as football development manager, and does some coaching in York City’s youth set-up.

December 2010 – Signs a three-year contract as coach at Swedish side Ostersund, then in the fourth tier of Swedish football.

November 2011 – Promoted as champions in his first season with Ostersund.

November 2013 – Finishes 10th in his first season in Superettan (the second division in Sweden) and extends his contract with Ostersund by a further three years.

October 2015 – Leads Ostersund to promotion to the Allsvenskan – the top flight of Swedish football – for the first time in the club’s history.

July 2017 – Potter’s team defeats Turkish heavyweights Galatasaray 3-1 over two legs in the second qualifying round of the Europa League.

December 2017 – Guides Ostersund to second in their Europa League group with victories over Ukrainian side Zorya Luhansk and Hertha Berlin and a draw against Athletic Bilbao.

February 2018 – Ostersund beat Arsenal 2-1 at the Emirates Stadium but exit the Europa League at the round of 32 stage on aggregate.

June 2018 – Leaves Ostersund with the club in sixth place in the Swedish top flight to take charge at the Liberty Stadium.