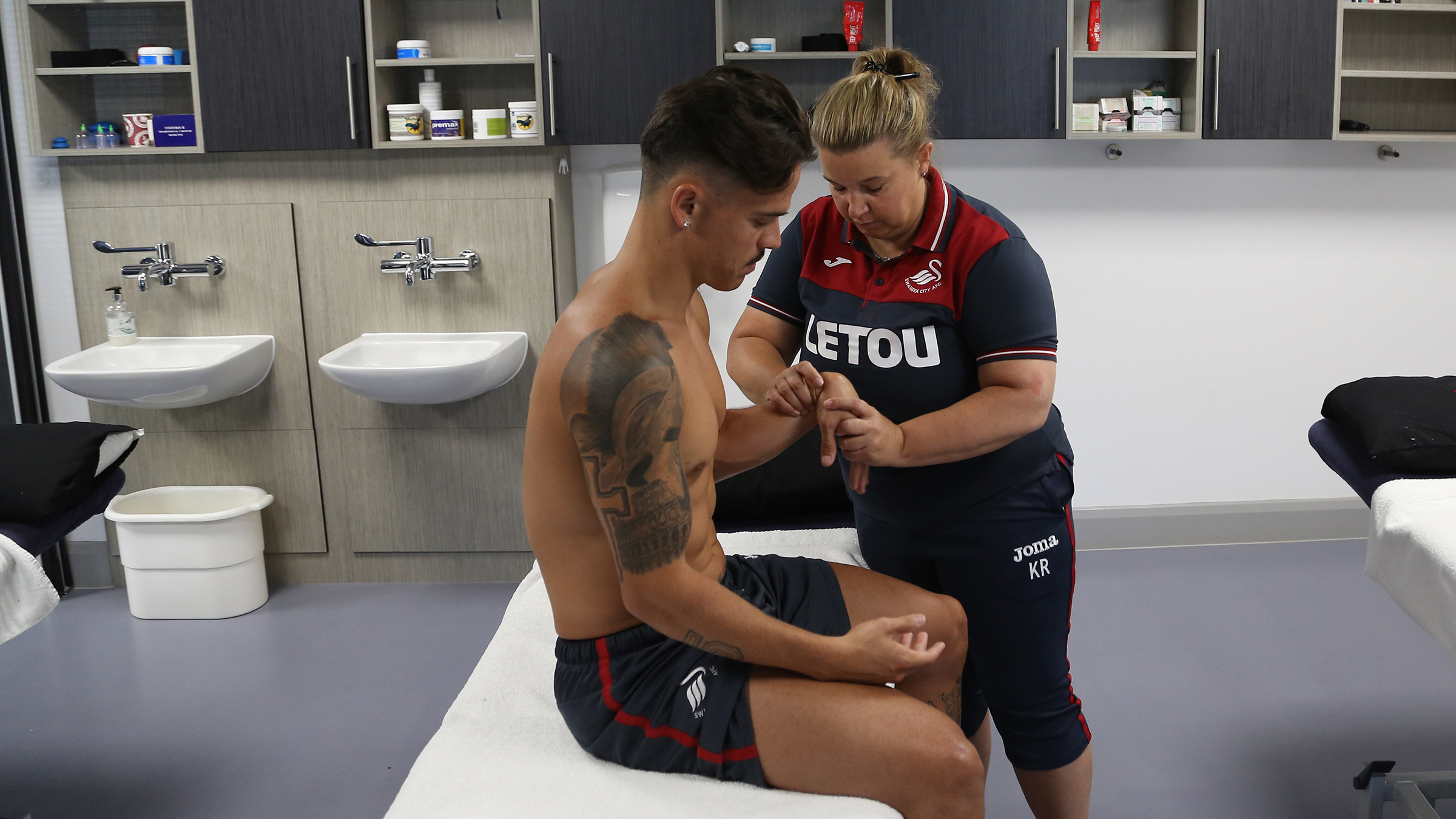 He was one of the passing kings in the league where possession reigns last season.

The 28-year-old says he will be fulfilling a dream when he steps out in the Premier League for the first time next month.

The Swans, meantime, will hope their new midfield maestro will help them play the possession game which has been their trademark ever since another Spaniard, Roberto Martinez, took charge at the Liberty Stadium just over a decade ago.

The numbers suggest Roque Mesa is made for the Swans.

After all, there was only one player – Sevilla’s Steven N’Zonzi – who completed more passes than him in La Liga last season.

Even the various midfield stars from the likes of Barcelona, Real Madrid and Atletico Madrid did not look after the ball as well as Roque Mesa, who was playing for one of the Spanish top-flight’s less heralded clubs.

Roque Mesa completed 2,185 of the 2,395 passes he attempted last season, making him a central figure in the Las Palmas team who finished 14th in the table despite a disappointing end to the campaign.

His contribution, made primarily from the base of midfield, had scouts from across Europe taking note.

Hence it can be viewed as something of a coup that the Swans have won the race to sign a player who should help them control games through control of the ball.

Born on the island of Gran Canaria – which is home to Las Palmas – Roque Mesa came through the youth system on the Spanish mainland with Levante.

However, he returned to the Canary Islands as a youngster to play lower-league football, first for Huracan and then Tenerife B.

His association with Las Palmas began when he joined the club’s reserve side in 2010.

The following year, he broke through into the first team, playing 22 games in the Spanish second tier.

A loan spell at Atletico Baleares following in 2012-13, and Roque Mesa spent more time with Las Palmas’ B side in the following campaign.

It was in 2014-15 that he made himself a key man in the Las Palmas first team, playing 35 games as the club won promotion to the top tier.

Roque Mesa has played 69 times in La Liga over the last two seasons, winning so many plaudits along the way that the possibility of a Spanish call-up has been mentioned.

The suggestion is that Roque Mesa will only shave off his eye-catching pencil moustache if he is summoned by his national side.

Making the star-studded Spain squad is a mighty challenge for any player but, given that Michu got the call while playing for the Swans a few years back, perhaps there is hope for the latest in a long line of Spanish players to pitch up in South West Wales.

The likes of Martinez, Angel Rangel, Jordi Gomez, Chico Flores and Pablo Hernandez have all thrived in the white shirt.

The Swans believe Roque Mesa’s name will soon be added to that list.