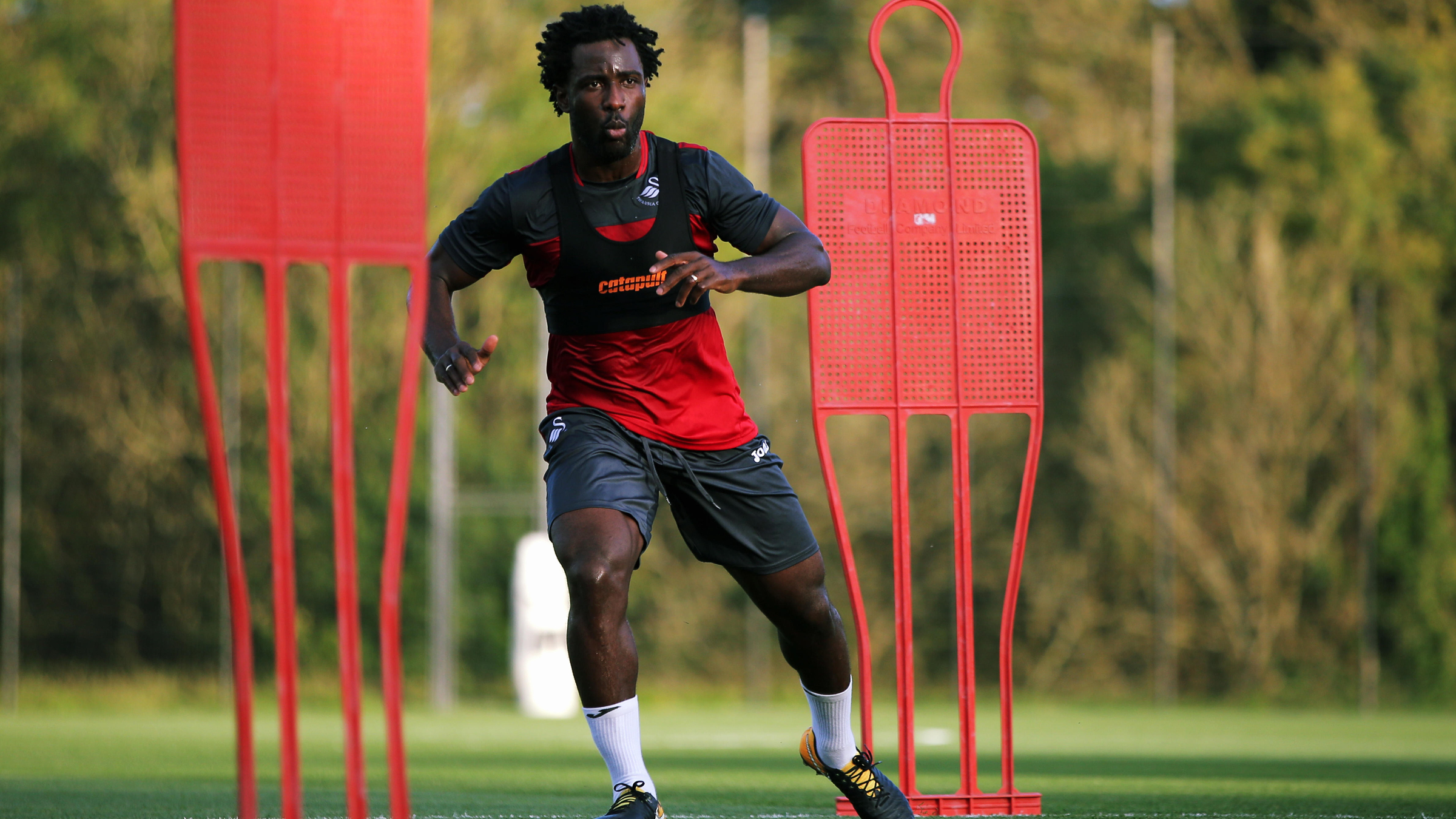 He established himself as one of the Premier League’s leading strikers when he last wore the Swansea City shirt.

Now Wilfried Bony’s challenge is to rediscover the form he produced during his first stint as a Swan.

The Swans have faith. They know how influential a player Bony can be and believe he has the ability to make another big impression at the Liberty Stadium.

And Bony returns with a point to prove having endured plenty of frustrating times since he left South Wales in January 2015.

The Swans broke their transfer record to recruit Bony in the summer of 2013, when he signed from Vitesse Arnhem after a goal-laden spell in the Netherlands.

The sizeable outlay proved to be money very well spent.

Bony scored twice on his Swans debut, in a Europa League victory over Malmo, and the tone was set for a fruitful stint in SA1.

Bony also found the target as he made his Premier League bow, against Manchester United, and the goals would keep on coming.

He scored the Swans’ opener as they registered a famous 3-0 triumph in Valencia, plus the late winner in the club’s first ever victory at Old Trafford.

When Michael Laudrup was replaced in the dugout by Garry Monk, Bony headed home as the new man’s first game in charge ended in a memorable triumph over Cardiff City.

Bony continued to thrive under Monk, netting five times in the last four games of the season as the Swans pulled clear of relegation danger.

Having played – and scored twice – at that summer’s World Cup, Bony made a slow start to the following season.

But then came a sparkling run which saw him deliver nine goals in 14 Premier League games and convinced Manchester City to spend big.

Having scored 34 times in 70 Swans appearances – only 56 of which were starts – Bony moved to the Etihad in a deal worth up to £28million.

It was a transfer which comfortably eclipsed the Swans’ previous record sale, Joe Allen’s £15m switch to Liverpool in 2012.

Yet with Sergio Aguero – among others – in his way, Bony would face a battle for game-time in Manchester.

He would score 10 goals in 46 appearances – just 20 of which were starts – for City, two of which came in two reunions with the Swans.

The powerhouse forward’s time in the Potteries was surprisingly disappointing, with Bony starting only nine league games in Stoke colours.

He scored two goals for the Staffordshire club, both of which came against the Swans, making it four strikes in three appearances against his former employers.

Now Bony is back at the Liberty.

And now comes a second opportunity, as the song goes, to score some goals for Swansea.