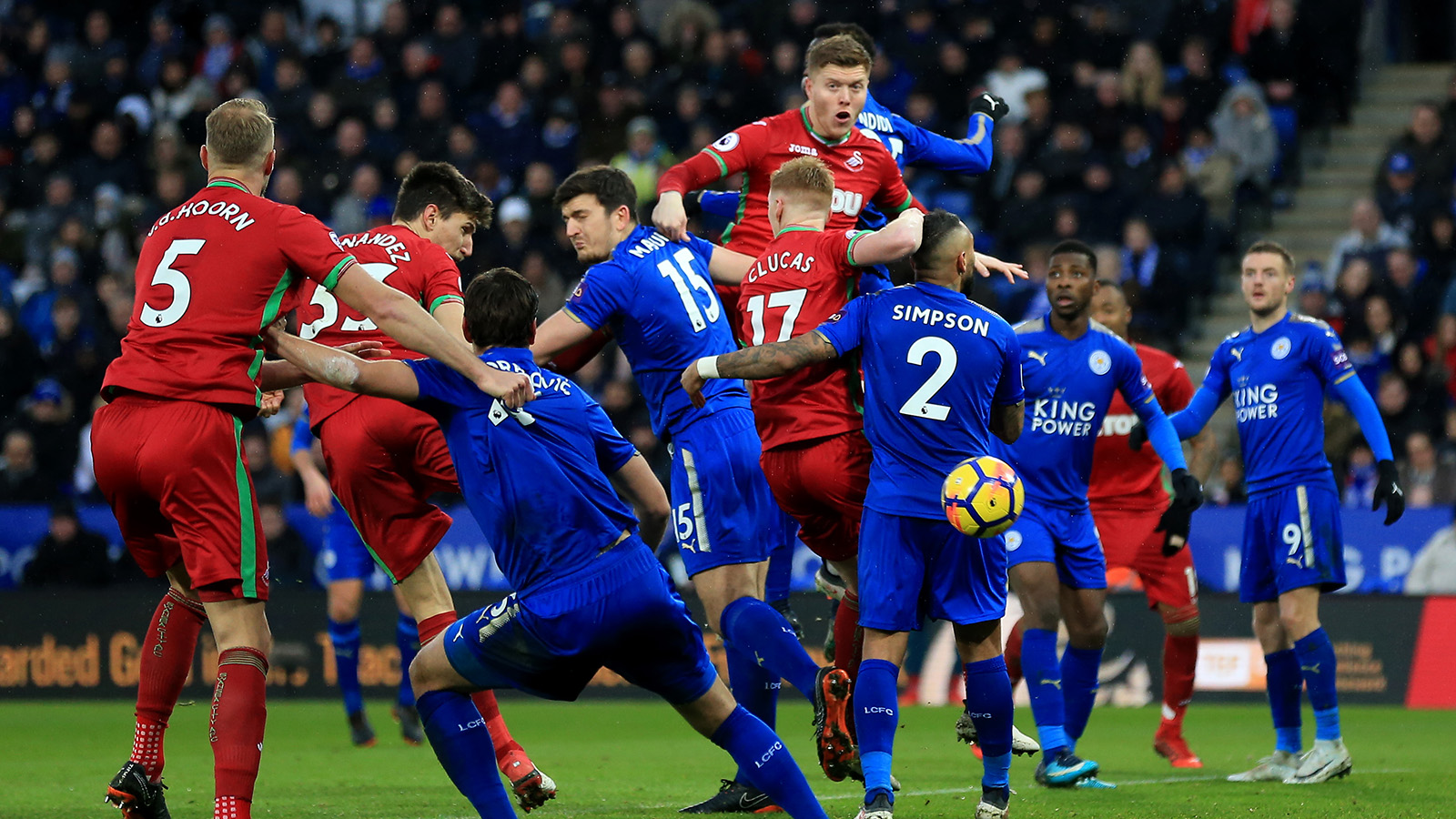 Fede: We are on the up

Federico Fernandez reckons Swansea City look like a team on the up after they fought back to claim a draw at Leicester.

Fernandez headed home his first goal of the season to cancel out Jamie Vardy’s strike and earn his team a point.

The Swans were disappointing in the first half at the King Power Stadium, and deservedly trailed at the break to Vardy’s 17th-minute effort.

But Carlos Carvalhal’s men showed character to stay in the game and having drawn level on 53 minutes, they dug deep to claim what could be a priceless point.

“The way we stood up is a big positive,” Fernandez said.

“Maybe two months ago we would have been down after they scored and we would have conceded more, but we have more confidence now.

“We are training well and the plans we have are working well. We are in a good moment, but we gave to keep going.”

Fernandez reckons Carvalhal’s influence has been important in his team’s upturn in fortunes, as has the belief gained courtesy of some positive results.

Having been in turmoil in the latter stages of Paul Clement’s reign, the Swans have lost only once in nine games since Carvalhal was appointed.

“When you change the manager it gives you a lift because all the players want to do well,” Fernandez added.

“Then when you start to win some games it becomes easier to work in the week.

“Now we have turned things around a bit and the table looks better.

“You can see everyone is working hard and wants the ball, and we all know what we have to do on the pitch which is really important.

“We also have two new signings coming into the squad who we hope can make us better.”

The Leicester draw means the Swans have taken 11 points from Carvalhal’s six league games in charge, with the former Sheffield Wednesday manager’s one defeat so far coming in contentious circumstances against Spurs.

After rousing home successes against Liverpool and Arsenal, Fernandez was pleased to maintain momentum by claiming something this weekend.

“We had two good wins at home but Leicester play a different kind of football,” he said.

“They are very physical and they play long balls to Jamie Vardy.

“But we did okay. We tried to recover the ball and play on the counter-attack and we scored from a set-piece. We were okay after we scored our goal and we are happy.”

Fernandez’s strike was his first of the season.

After he broke his nose celebrating Alfie Mawson’s effort against Liverpool, the Argentine smiled: “I don’t get many goals but I am happy. This is an important one.

“It was a good ball by Ki and I put my nose there to score!”

Fede vows to fight on