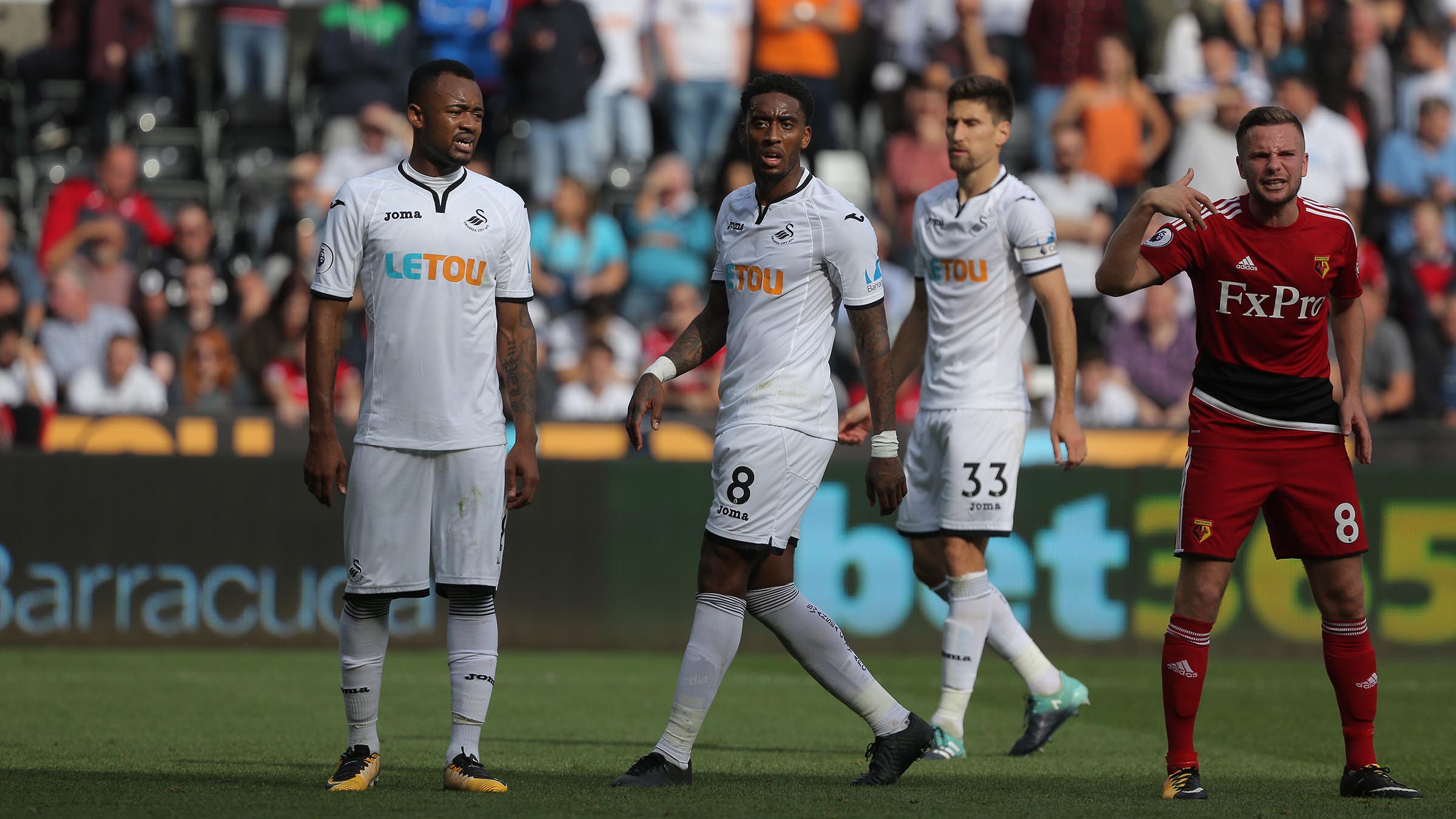 Fer: Time to stick together and work harder

Leroy Fer admits Swansea City’s players must dig deep and show their unity after a poor start to the season on their own ground.

The Swans were beaten 2-1 by Watford thanks to a last-minute winner from Richarlison.

Paul Clement’s men had deservedly trailed at the break to Andre Gray’s early goal, but looked on course to get something after Tammy Abraham’s 56th-minute leveller.

But it was the Hornets who snatched the points after some sloppy play from the hosts right at the end.

“Everybody is down after this defeat but we have to dig in and work even harder in training to compete better,” Fer said.

“We need to start doing better at home and picking up points. Silly mistakes have caused us the problems.

“No points from three home games is not good enough. We have to look at ourselves in the mirror and do better as individuals and as a group.

“We have to stick together and work harder but we must do it as a team.”

The Swans’ poor form in SA1 is putting extra pressure on their away fixtures.

Fortunately, they have done well on their travels so far this term, drawing at Southampton and Spurs and winning at Crystal Palace.

Even so, the Watford reverse was not easy to swallow after earlier home losses to Manchester United and Newcastle.

“It was a painful defeat to take – not only for the players but for the fans as well,” Fer added.

“We did not perform at our level in the first half but we did better in the second and managed to level things up.

“We were pushing for the win, but they took advantage of our mistakes to get the win.

“Now we have to go to West Ham and get a result.”