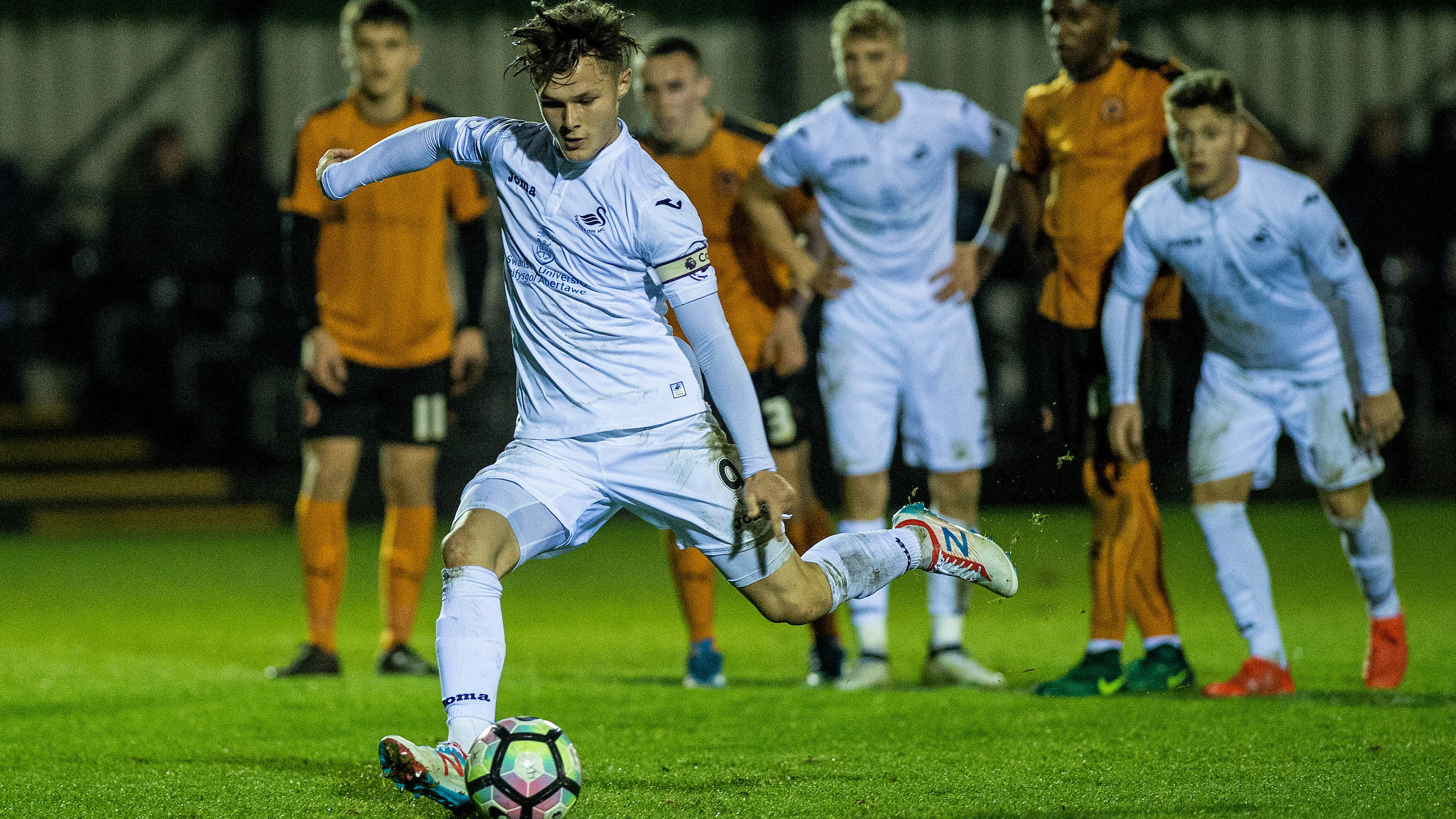 Five Swansea City players have been selected to represent Wales at this summer’s Toulon Tournament.

Striker Liam Cullen – who has netted 19 goals for the under-18s this campaign – will represent the Swans alongside winger Daniel James, who scored nine goals for the Under-23s.

Fellow academy products Lewis Thomas, Joe Rodon and Jack Evans have also been called into Rob Page’s Wales Under-21 squad for the 45th edition of the tournament.

The young Dragons kick-off their campaign in Group B against 12-time winners France before they face Ivory Coast and Bahrain.

Swansea City Under-21s are back in Professional Development League action on Monday (3pm) as they take on Colchester United at Landore Training Ground.

Swansea City Under-18s’ coach Darren Davies felt his young team had paid the price for mistakes at key moments in their 5-3 defeat against Charlton Athletic.

Swansea City Under-18s fell to defeat despite a fine effort against reigning Professional Development League champions Charlton in an eight-goal thriller at Landore.

Swansea City Under-18s are back on home soil as they host reigning Professional Development League champions Charlton at Landore (1.30pm).

Supporters who want to watch the next generation of talent on the Swans production line can attend the game at our academy base for free.