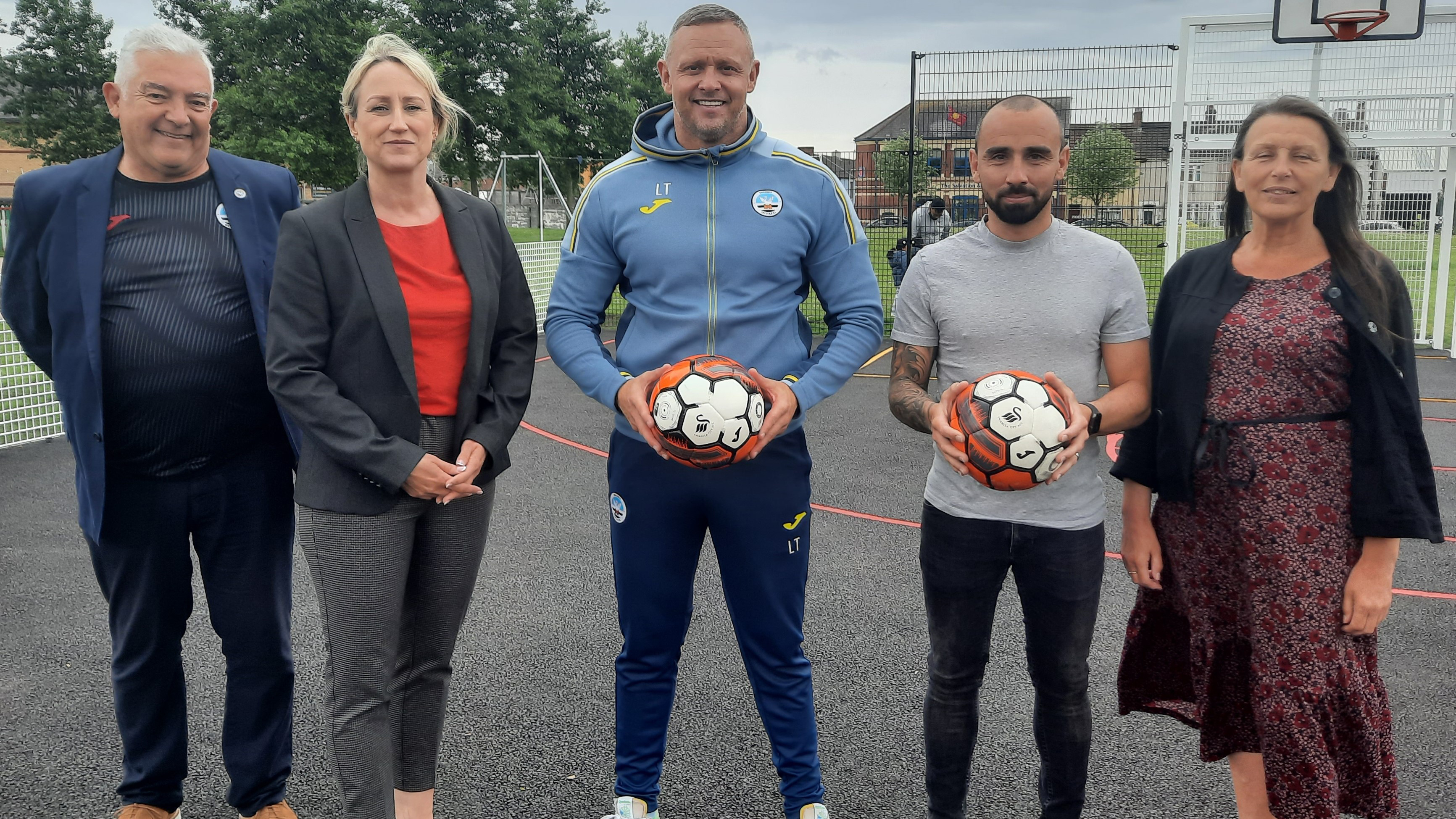 The event between 11am and 3pm will see the official opening of the new football pitch which forms part of the new £95,000 multi-use games area that has been installed by Swansea Council in the exact spot where the old ground once stood.

Famous past Swans players will be attending and the club will be running fun football activities for children on the day.

A blue plaque marking the heritage of the site will be unveiled by Councillor Robert Francis-Davies and Swans legend Alan Curtis and there will be plenty of Swans memorabilia on display.

The Vetch was home to Swansea City for almost 100 years before the club moved to the Swansea.com Stadium in 2005.

Other free entertainment on Saturday includes the Salvation Army brass band who will play some football themed songs, a bouncy castle, children’s entertainer and face painting as well as information stands from the many different partners supporting day.

It is being organised by Swansea Council’s Community Safety team and is one of 10 community engagement events planned for locations across Swansea during the next few months.

Swansea City chief executive Julian Winter said: “The Vetch Field is an important part of the club’s history and is the scene of some iconic moments for our supporters and community.

“As a club we are delighted to see football return to the site of the Vetch for what should be a great day out for the family and supporters of all ages.

“To see football come back to the Vetch is an important moment for us as a club and we would like to thank Swansea Council for their support with the project.”

Swansea City Supporters' Trust Chair Dave Dalton added: "The Trust were delighted to learn of this investment programme and in particular the laying of the new MUGA playing surface which will allow football to be played once again at the iconic Vetch Field.

“We would like to congratulate Swansea Council and everyone associated with the project and look forward to the official opening."

Council Community Safety Coordinator Paul Evans said: “Being a Swans supporter and having attended my first match at the Vetch in 1978 I’ve really enjoyed working on this project. It was very important to improve the Vetch environment and deter crime and anti-social behaviour but it was also important to celebrate the rich heritage of the site.”

Councillor Robert Francis-Davies added: “Last year there was a hugely successful event in Mayhill which saw families from across the community join with Safer Swansea Partnership and its partners for a really memorable day.

“Due to this success there will be 10 more of these events kicking-off with the one at the Vetch at Saturday.

“This one is going to be a little different as the Vetch holds such a special place in the hearts of football fans across our city so it is also an opportunity to celebrate this heritage and I’m really grateful to the Swans and the Supporters’ Trust for their involvement.

“We will also be officially opening the new multi-use games area which is a £95,000 investment that forms part of the council’s £5m programme to improve play areas across Swansea.”