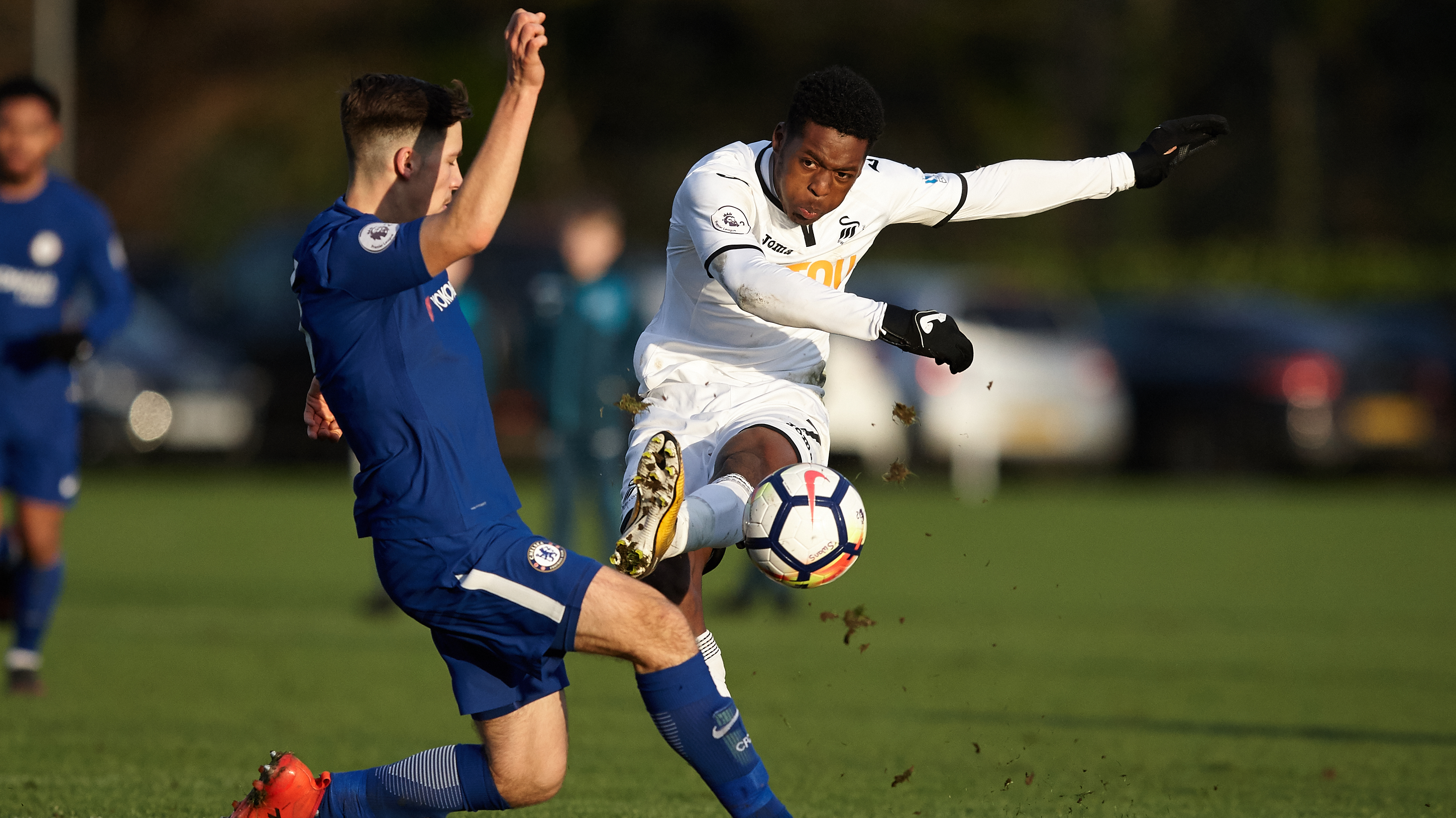 Jordon Garrick smiles as he contemplates the journey has seen him progress from non-league to Premier League.

It was a climb he admits almost never happened as he contemplated abandoning football in favour of rugby league.

“I played at Bradford City’s academy for a year,” the 19-year-old says, “but they told me they were not going to offer me a scholarship.

“It was at that time I was thinking about giving up on football. I was invited to play rugby at college and found I had a bit of a gift for the game, so started playing for Bradford Bulls at 16.

“In the space of a few weeks life had changed for me. Suddenly my main focus in sport had turned to rugby league over football.”

However, the youngster passion for football was always there.

And whilst Garrick was at college in Huddersfield, an old football coach who had connections with non-league side Ossett Albion turned his head once again.

“He was very insistent for me not to quit football,” he remembers.

“Sometimes things happen in life for a reason. I was still in love with the game and could not give up on it that easily. It was his words and guidance that gave me one more chance with football.

“After impressing in a few college games, doors opened up and suddenly I had an opportunity to play with Ossett Albion.”

Garrick signed on with the Northern Premier Division One club – the eighth tier of the league system – and never looked back.

“My time with Ossett Albion did me the world of good,” he says.

“It was a tough level to play at. I used to get kicked around a lot, but it helped me grow and mature as a player.

“I was only there for just over six months, but it was a move that helped change my life.

“I was enjoying my football again and thought I was going to spend another season with Albion until another opportunity came along.”

The Swans came calling for the winger in November 2015.

His move to SA1 yielded more success as he impressed with the under-18s by scoring five goals in seven appearances before progressing to the under-23s squad.

“I was physically fit when I arrived but still very raw,” Garrick says.

“I have had to work hard to become a technically better player over the past three seasons.”

Garrick helped the under-23s to a league and cup double last season.

This season, he has continued to impress, scoring five goals and creating a further five as the young Swans have enjoyed another successful season.

“Confidence is a big part of football,” he says. “I feel my performances this season have been getting better.

“I have been handed more game-time and that has given me more confidence, so feel like people are starting to see what I can do on the pitch.

“It has been tough to fight my way into the team, but I am still working hard to improve myself.”

Jamaican-born but raised in Leeds, Garrick has crammed a lot onto his CV over the past four years – but he is still hungry to achieve more.

And in the wake of recent first-team opportunities for Daniel James, Adnan Maric and Connor Roberts, Garrick’s dream is to represent the Swans at senior level.

“Seeing those guys get their chance was a real boost for the whole academy,” he says. “I was delighted for all of them.

“Not many academy graduates have progressed into the first team. To see three of them on the same pitch during the FA Cup win over Notts County was amazing.

“It sent a message to the rest of us that it is possible. I feel if I carry on my hard work I could be one of the next players who gets an opportunity at the next level.

“It is a dream for all of us at a development level that we want to make reality.”