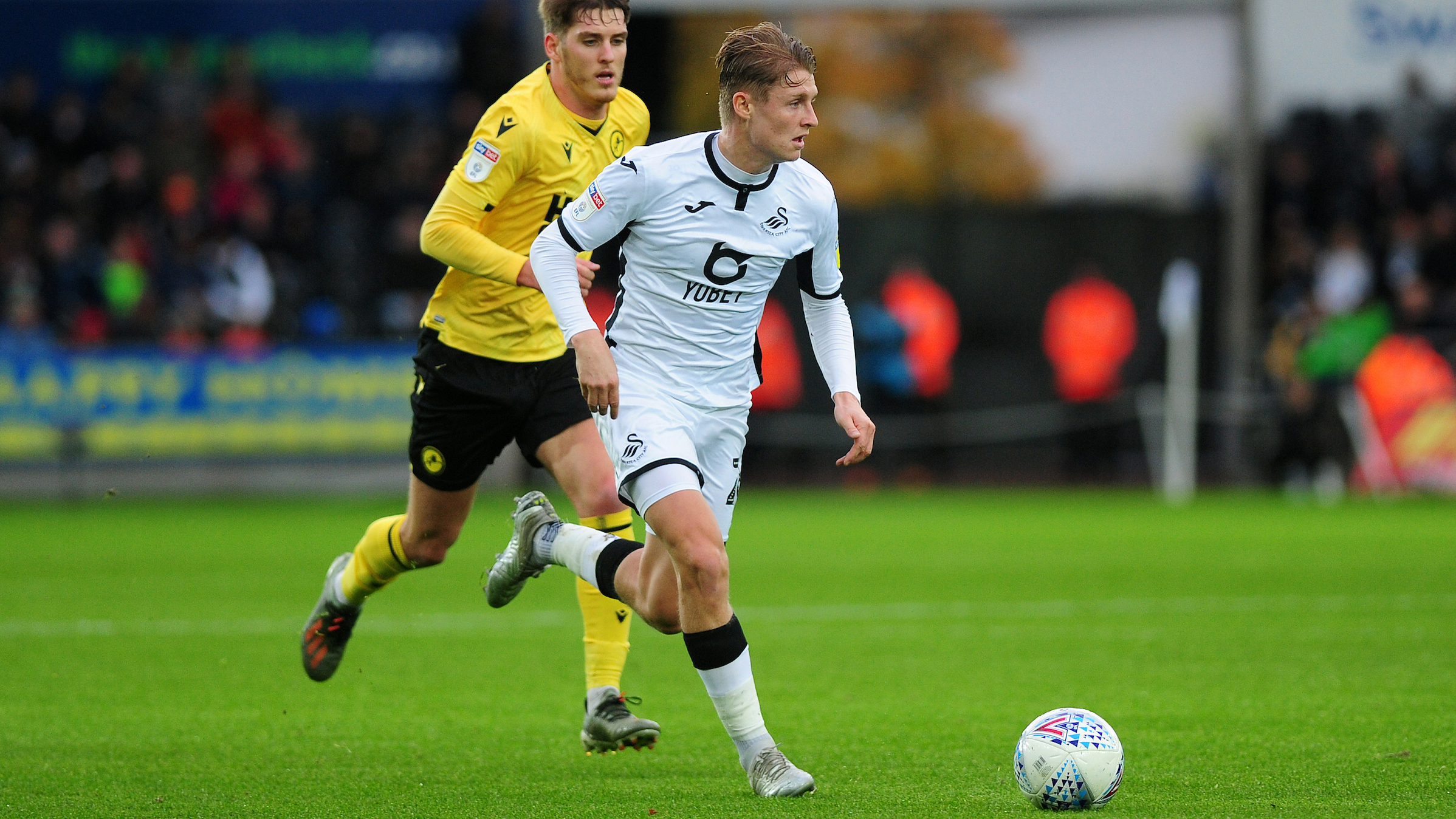 Swansea City face another busy and challenging Championship week, but midfielder George Byers says they are ready for the tests to come.

The Swans face a tough schedule of three Championship fixtures in just six days, with home tests against Blackburn and Middlesbrough to come following a trip to the Hawthorns to face league leaders West Brom on Sunday.

That comes on the back of a similar set-up, where games against Millwall, Huddersfield and Fulham were all played out in just half-a-dozen days.

The Swans head to the West Midlands unbeaten on the road in the league, but looking to improve a home record of 13 points from a possible 30.

And Byers insists that the busy schedule won’t be an issue, and that the Swans have the squad to cope and deliver at home and away.

Despite recent struggles at home, the London-born midfielder says the squad love playing in-front of the Jack Army, and are desperate to right some wrongs in SA1.

“It’s another chance to try and build momentum,” he said.

“Three games in the space of a week is always tough, but we’ve got a great squad with players ready to play whenever called upon. That won’t be a problem for us.

“There’s a tough away game and then we have back-to-back home games.

“We always love playing at home. The results we’ve been getting haven’t been all there, but we’ll be trying to put that right as quickly as possible.

“At the end of the day, we have to be more clinical. Goals win you games. If you don’t score at the right time, games will go against you. That’s the Championship.

“You do need a bit of luck and maybe we haven’t had it so far at home, but we know it will eventually come for us.”