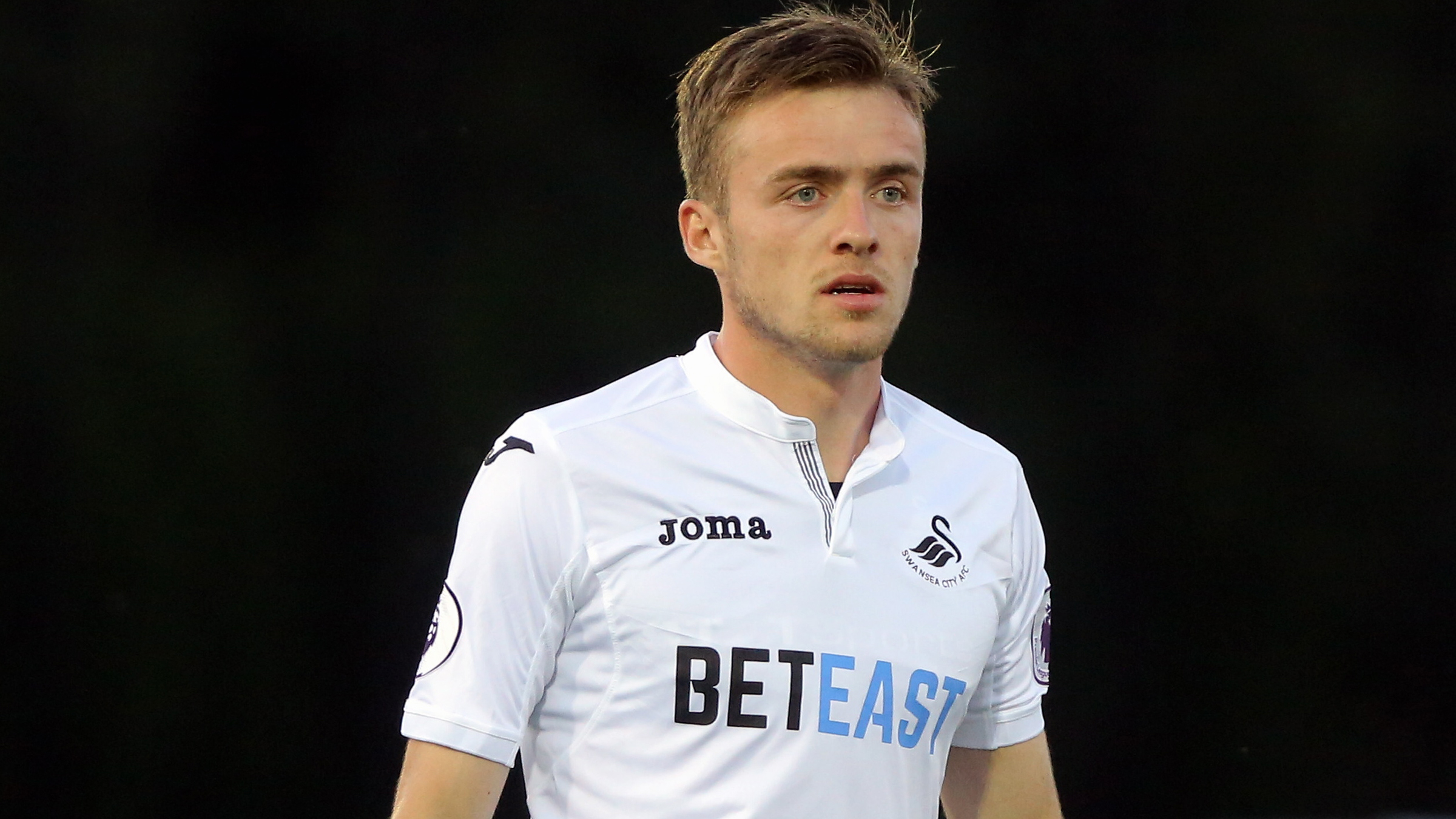 Getting to know. . . Ryan Blair

As part of our Swans Academy content, we speak to an upcoming talent within the youth ranks at the club. Next in our in-depth interview is midfielder Ryan Blair, who discusses Swansea City Under-23s’ successful league and cup campaigns, his time in Wales and how he hopes to follow in the footsteps of fellow Scots Jay Fulton and Stephen Kingsley.

When asked to describe what Ryan Blair has done for Swansea City Under-23s this season, coaches described him as the quarterback in midfield.

That is a huge compliment for the 21-year-old, who was heavily involved for the development squad during their double-winning season.

Blair plays the kind of searching passes which allow his side to spring onto the counter-attack, and caused plenty of problems for opposition defences throughout the campaign.

It has been 16 months since Blair made his switch from Scottish Championship side Falkirk, and the Glasgow-born player is loving life in South Wales.

“It’s been a good time for me,” he says. “I started or featured in the majority of the games for the U23s, which has been great.

“I am loving my football at the minute. The formation suits me, I like being able to pull the strings in midfield and help the team break on the counter-attack.

“I think one of my strengths is keeping the game ticking over and feel I am doing a job for the team.

“There is a lot of competition for places in that midfield role, so you need to be at your best if you want to start.”

Blair cut his teeth in professional football with Falkirk after progressing through their academy system alongside Jay Fulton, Stephen Kingsley and Botti Biabi.

All four players have since joined the Swans with Fulton and Kingsley progressing into the first-team set-up.

And Blair is desperate to follow in the footsteps of his two countrymen in the near future.

“I am really close with all three lads from Falkirk,” he admits. “We had some great times together at Falkirk and all three deserved their move into the Swans set-up.

“I kept in touch with them when they made their moves and looked out for the results. The things they were telling me about the club sounded fantastic.

“In January last year, I got the chance to make the move myself and I knew it was a huge opportunity I could not miss out on.

“Having first-team experience in Scotland was great. You learn a lot playing in league football, but I knew coming to Swansea would offer a higher level and a chance with a Premier League club.

“When I arrived Jay had already made his Premier League debut, and Stephen would follow on against Arsenal a few months later.

“I am not surprised both have progressed into the first-team set-up. It will not have surprised people back in Scotland either. You knew from watching them at Falkirk they could go far.

“First-team football is what everyone aspires to play. I am no different, and I know Botti is the same.

“I am proud of their progress. The aim for me is to kick on and follow in their footsteps and make that transition from the under-23s into the first team.

“Looking at what they have achieved in their first two years is proof of what can be achieved."

Coaches Anthony Wright and Darren Davies have spoken of their pride at the number of Swansea City academy products who featured for the Wales' age-grade sides during the international break, and the role those experiences play in development.

Swansea City Under-18s scholar Arthur Parker reflects on his first month in SA1, after being handed a scholarship following a successful trial in August.