Gould ready to make most of hard yards

Josh Gould hopes the hard yards he put in during the off-season will allow him to make an impact in his second season at Swansea City.

The 22 -year-old joined the Swans development set-up last summer following a successful trial and went on to make four appearances for the under-23s, as well as having a stint on loan at Merthyr Town.

It was Gould's first professional deal, and he did enough to earn a new one-year contract for the 2019-20 season.

The goalkeeper - who hails from Taunton - admits the step up to a pro environment was a challenging one that took him time to adjust to.

But, after being advised to make sure he hit the ground running this pre-season, he has come back feeling sharp and eager to get more game time under his belt. 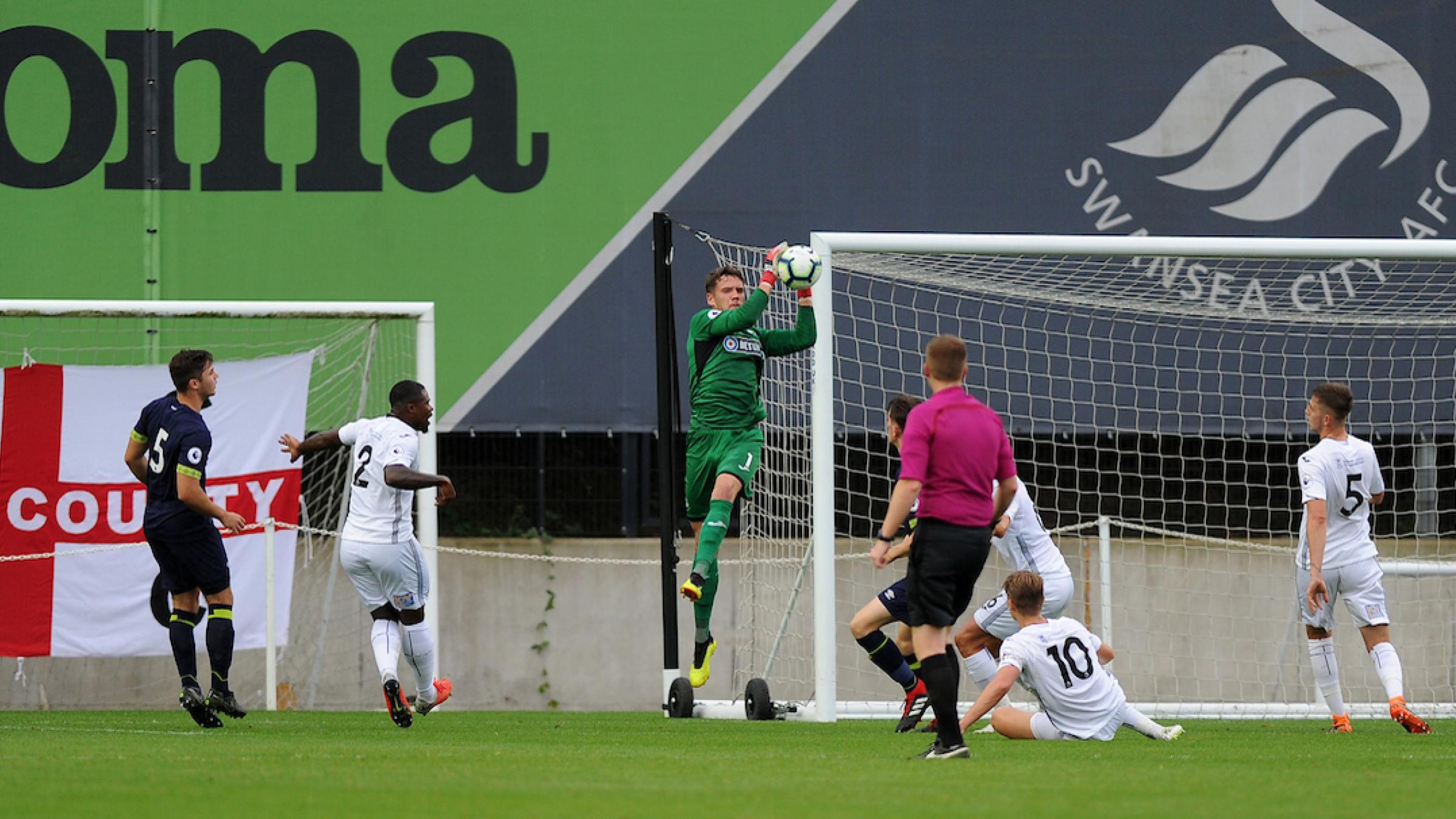 "(Under-23s' goalkeeping coach) Martin (Davies) told me I needed a solid off-season and to make sure I come back flying," revealed Gould, who started the opening pre-season friendly at Merthyr at the weekend.

"I took that on board, and I know a lad back at home called Ollie Chamberlain, who helped me with sessions which I was doing three or four times a week.

"It means I have come back feeling really sharp, we had our testing when we reported back and the results were good which gives me confidence.

"Martin had also said I needed to start changing my mentality from being Josh from Taunton, to being a professional footballer with bigger aims.

"So this year I need to push on, and get closer to the first team and make more of a statement in training.

"It took me longer to settle in than I would have wanted because I think I underestimated the adjustment to full-time training.

"But from around February I felt I made strides, but I know I need to be further along from that.