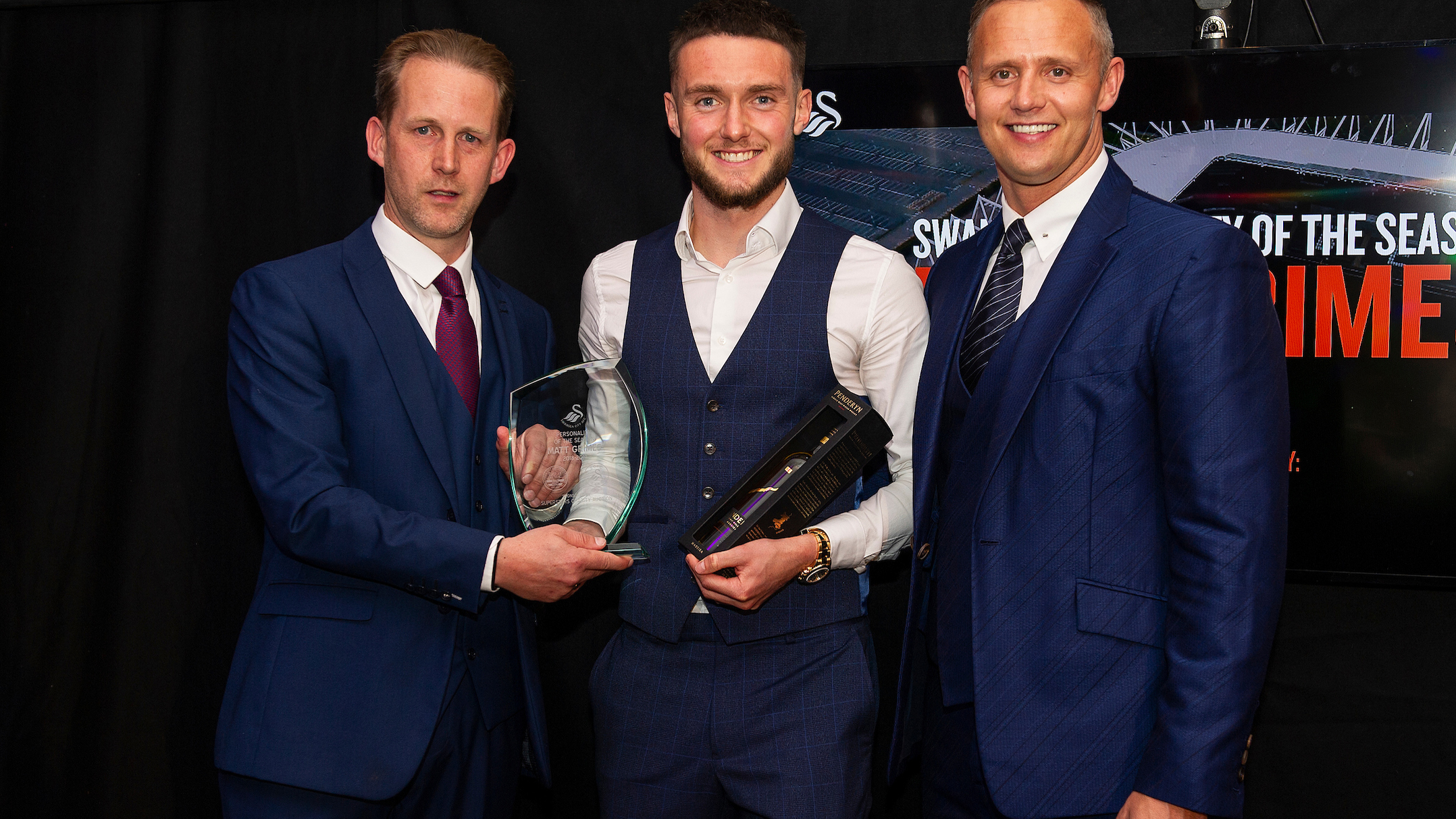 Grimes: I love playing for this team

Matt Grimes spoke of the joy he has got from playing for Swansea City under Graham Potter after scooping four of the prizes at the club’s annual awards night.

The 23-year-old has been one of the stand-out performers for the Swans this season, impressing whether playing in midfield, at left-back or at centre-half.

He has dictated play as the Swans have sought to return to an attractive style of play, and the former Exeter man has made the most passes of any player in the Championship this term.

They were richly-deserved for a campaign in which Grimes has made his mark in SA1 after having to bide his time.

And the midfield playmaker revealed just how much he is enjoying life with his team-mates under the guidance of manager Potter.

“I have enjoyed the whole season, I cannot pick any one moment, I have loved playing for this team,” he said.

“It is a pleasure to play alongside these boys, under this manager. The way we play football is a joy to be a part of.

“I have played a few positions but I am happy to play wherever the gaffer needs me, I know there is a reason for where he wants to play me and I have just been glad to contribute to the team.

“I had a really difficult time at Leeds and – although I played a lot at Northampton – we still got relegated.

“So, I came back in for pre-season not really knowing where I stood, to be honest. I just tried to use the disappointments of those two seasons to try and fuel myself for this season and it has happened.

“The gaffer has been fantastic with me, he has given me my opportunity to play and I am really thankful for that and the chance to be on the pitch every Saturday.”

The only headache for Grimes will be where to store his quartet of awards.

“I’m not sure I’ve got room for them all, I don’t have a trophy cabinet or anything like that in my house,” he said with a chuckle.

“I’ve never really won anything before in my life so I guess I better to get to work and put some shelves up.” 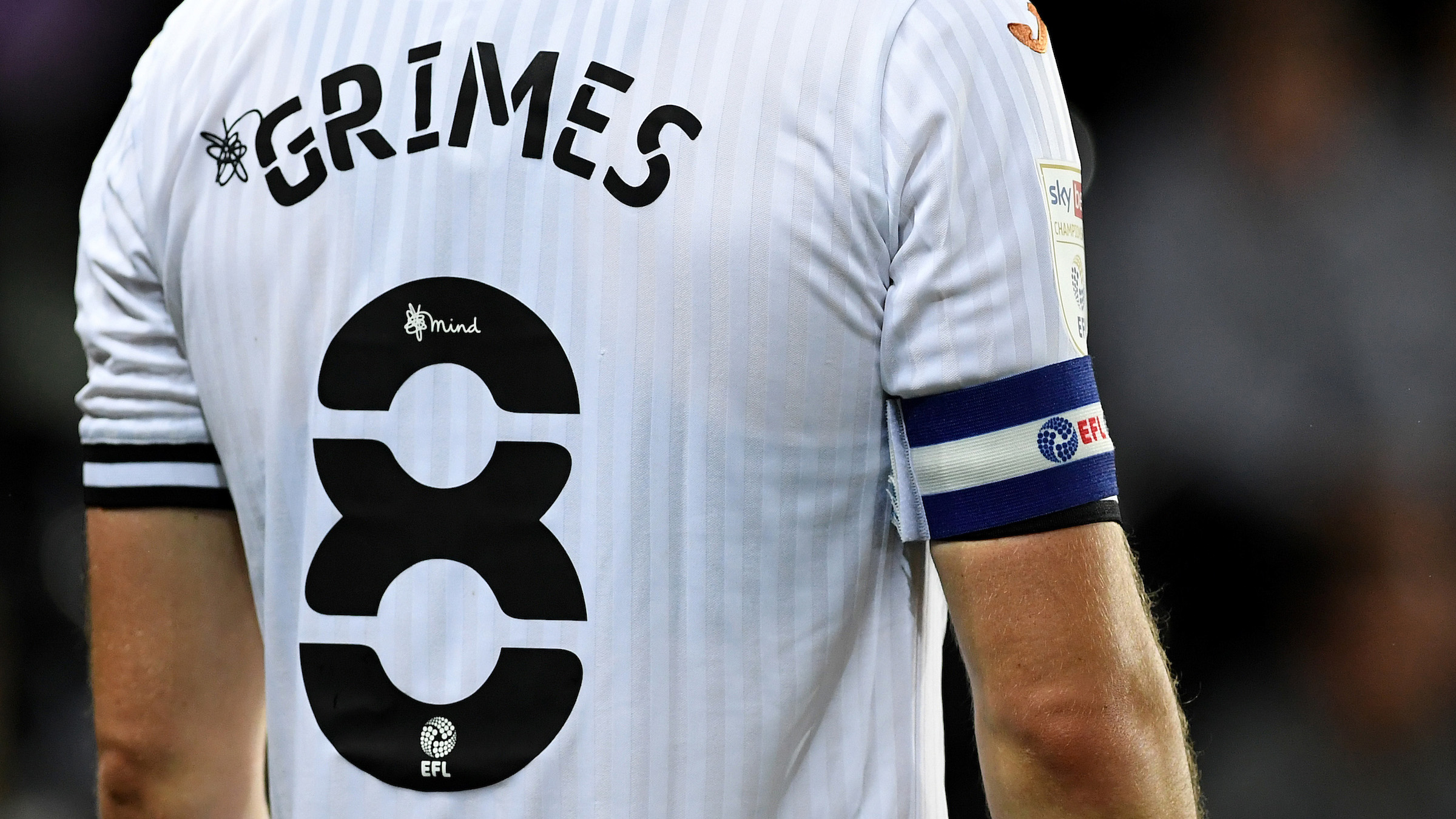 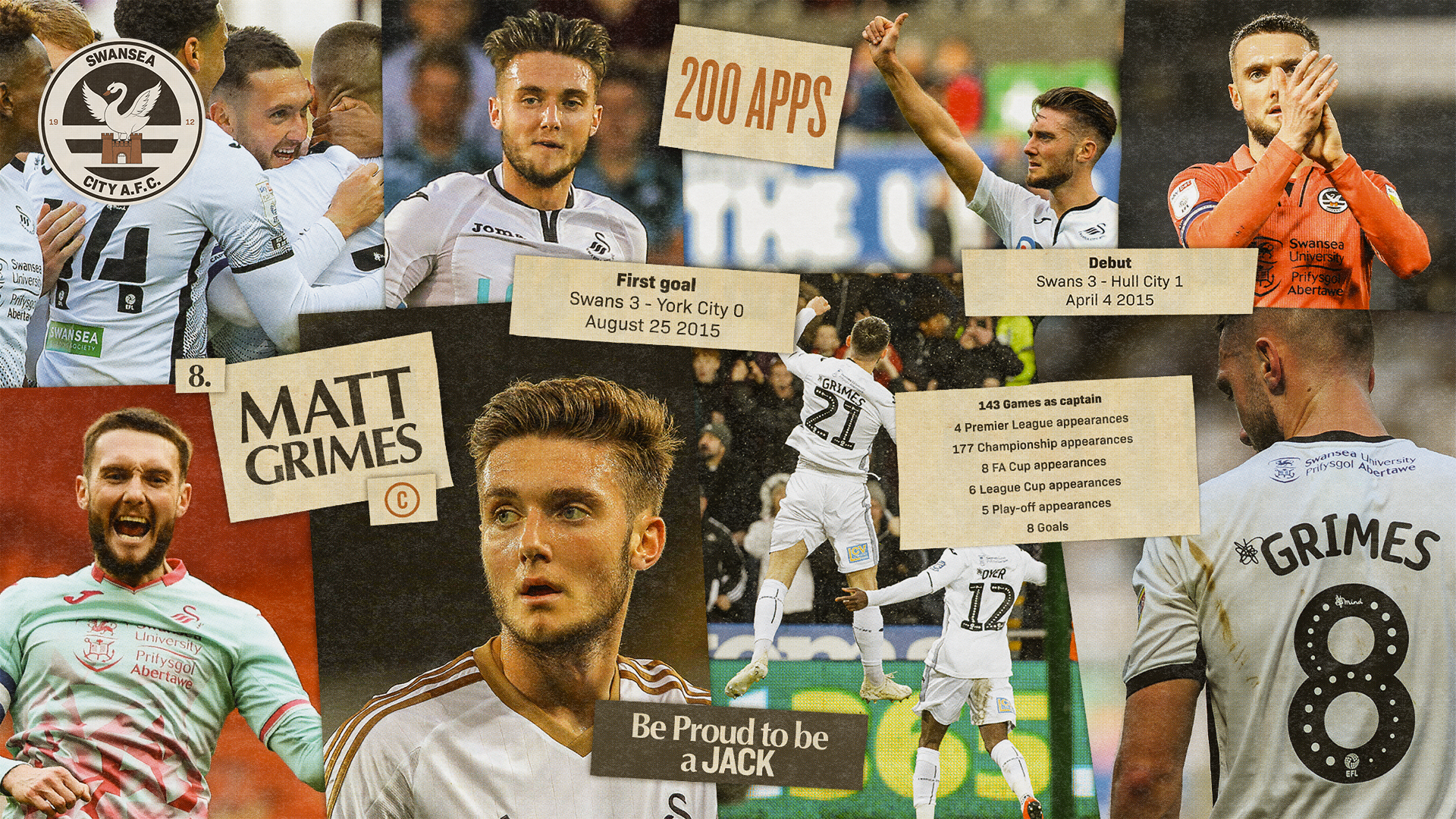 Swansea City skipper Matt Grimes joined the 200 club as he led Russell Martin’s side against Barnsley on Good Friday.