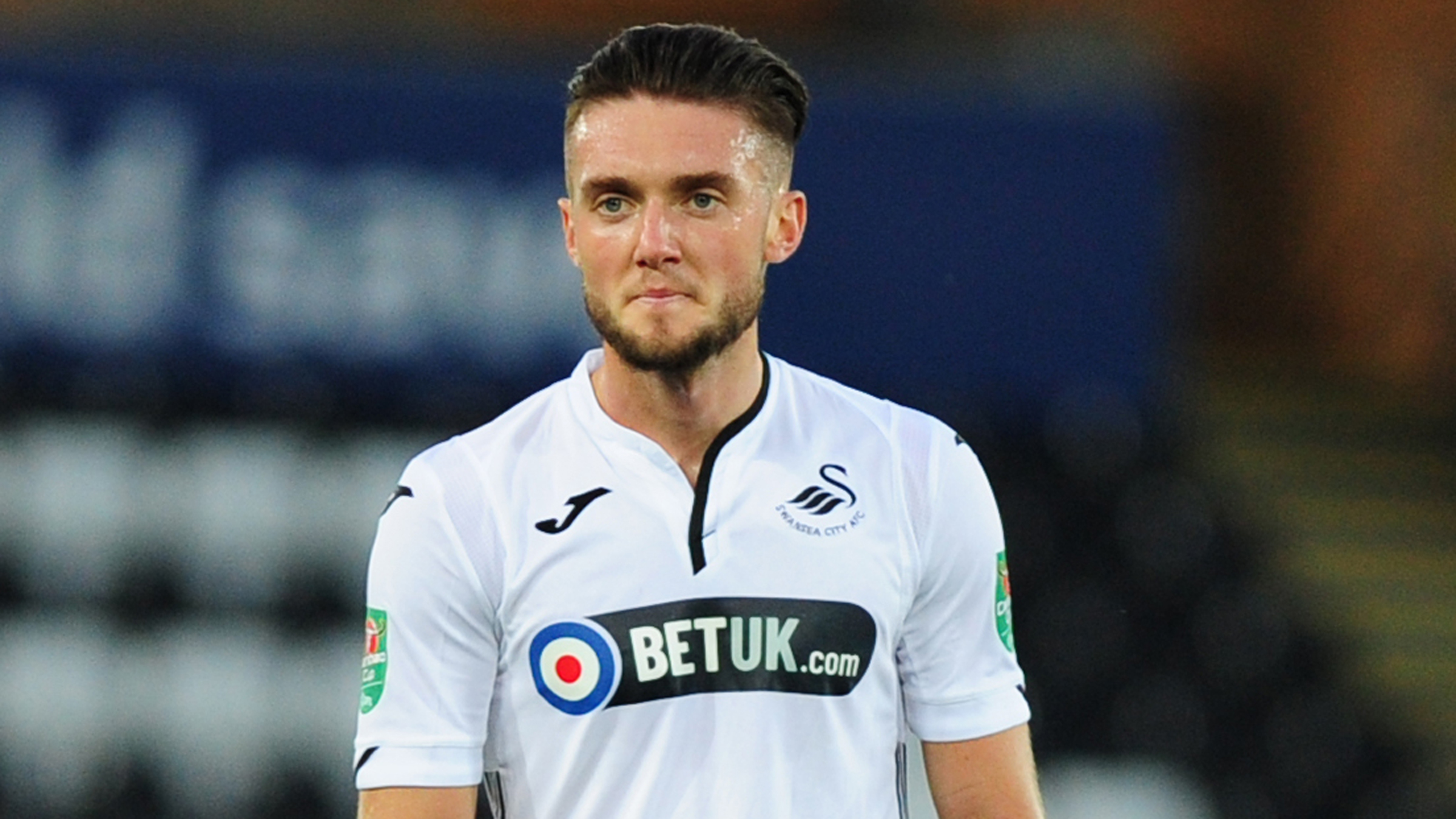 Matt Grimes has handed Swansea City a boost by signing a new long-term contract at the Liberty Stadium.

Grimes’s previous deal was set to expire at the end of this season.

But the 23-year-old has put pen to paper on a new agreement which ties him to the Swans until the summer of 2022.

Grimes is currently enjoying what is comfortably the best spell of his Swans career.

Having joined the club from Exeter City in January 2015 – and jumped from League Two to the Premier League in the process – Grimes faced a battle to establish himself in SA1.

He was given a handful of first-team opportunities over the next 12 months before joining Blackburn on loan in February 2016.

Grimes followed former Swans boss Garry Monk to Leeds on a season-long loan deal the following summer but, after struggling for game-time at Elland Road, dropped down to League One last term for a loan spell at Northampton Town.

His stay at Sixfields was much more fulfilling, as Grimes racked up 47 appearances – and four goals – during his year-long stint with the Cobblers.

And since returning to the Swans in the summer, the midfielder has convinced Graham Potter that he has a big role to play in SA1.

Grimes has been one of the Swans’ most reliable performers this season, whether operating in his preferred midfield role or at left-back.

Grimes follows in the footsteps of Joe Rodon and Jay Fulton by signing a new Swans contract.