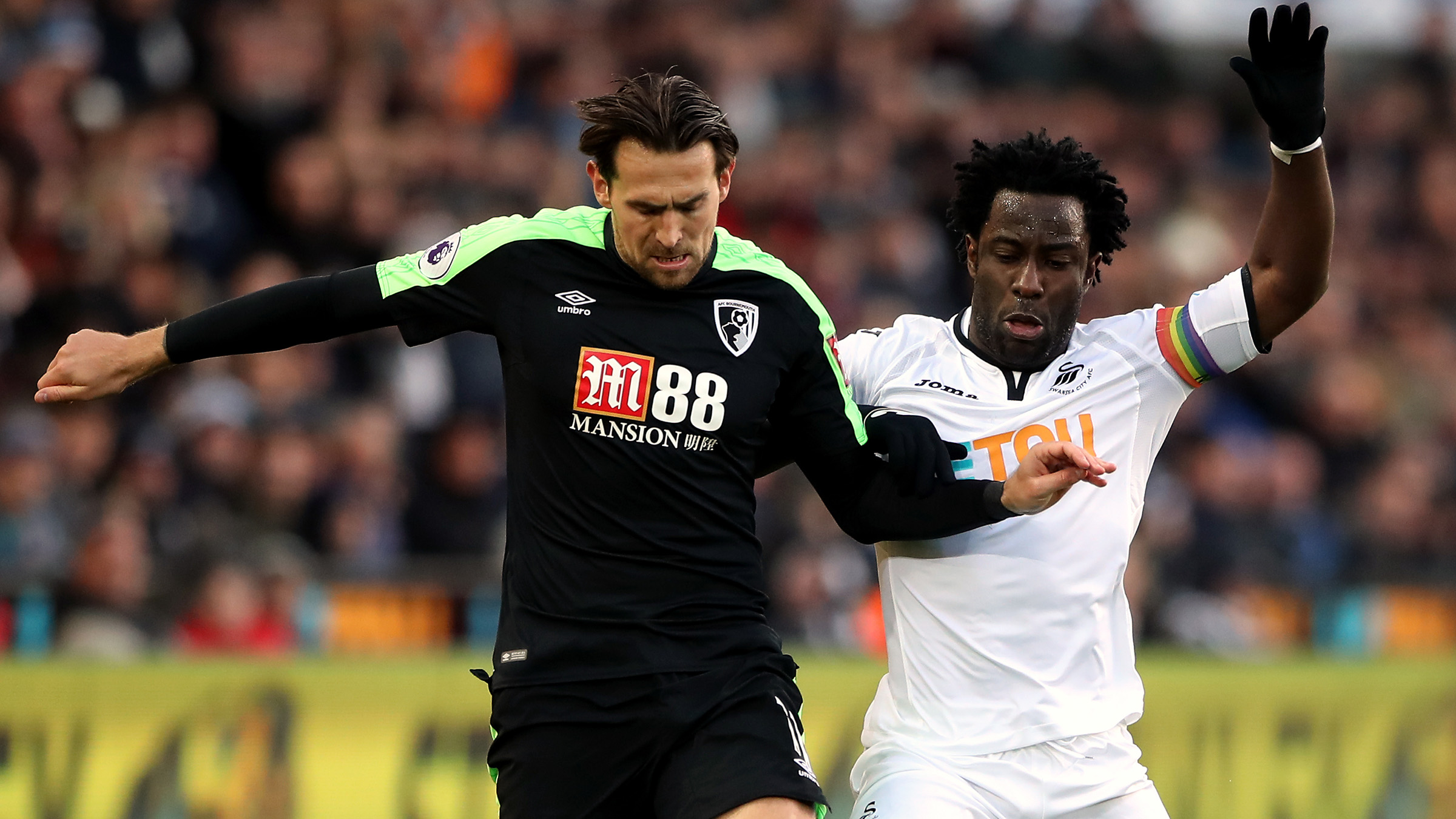 Wilfried Bony feels he’s getting stronger and stronger after completing his first 90 minutes for the Swans since his return to the club.

The striker played the full game as Paul Clement’s side were held 0-0 by Bournemouth at the Liberty on Saturday.

Bony looked to have given a Swans vital lead on the stroke of half-time, only for referee Stuart Attwell to rule his effort out for a foul by Jordan Ayew.

The Ivorian was impressive as he gave a reminder of his strength and hold-up qualities during a game in which he was also named captain.

With trips to Chelsea and his former loan club Stoke City up next, Bony is now going in search of his first goal for the Swans following his summer switch from Manchester City.

“I was pleased to play the full 90 minutes. It was difficult out there. I got cramp after an hour but I kept fighting,” said Bony, who hadn’t played a full Premier League game since September 2016.

“I felt strong. I hope to be better in the next game and to get my first goal of the season.”

He added: “It was a big game on Saturday, so I knew I had to do my best. I did my best to push the team.

“We did not get the win, but I think the performance was good. We want to build on this for the next game.”