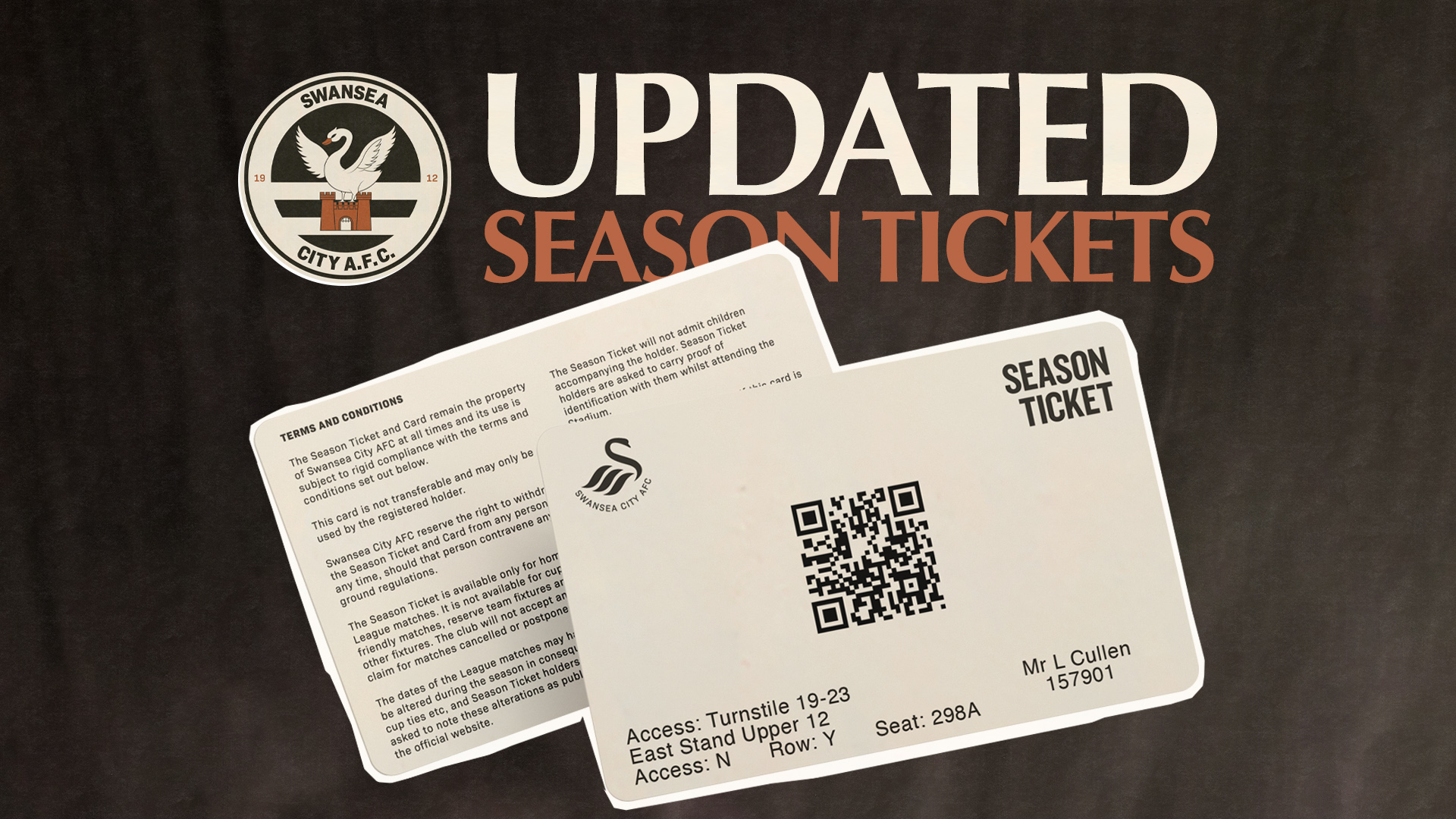 The club’s existing barcode-based approach is not working as effectively as initially anticipated and we have identified the issues which have led to problems until this point.

Following in-house trials and use of an alternative solution at this week’s Carabao Cup fixture against Plymouth, we have taken the decision to employ the use of QR codes on all tickets moving forward.

This means that all existing season ticket holders will receive a new season ticket card which will have the unique QR code which is linked to their account and seat. The new cards will all feature a QR (Quick Response) barcode, opposed to the 1D barcode currently used.

All match day tickets will also feature the QR code which will also appear in the in-app ticket which is used by many supporters.

It is essential that all season ticket holders understand that once their new card is produced, their old card will immediately become inactive and that if they have not received their new card prior to the next home game against Hull City (September 11) that they should contact the Ticket Office in advance so that a match day ticket can be produced.

Seasonal hospitality guests and those supporters who have on-site car parking will not receive new cards and will continue to enter the stadium on the cards they have already received.

The Ticket Office will be producing new cards over the course of the next week with supporters to receive theirs in the post no later than Thursday, September 9. If you have not received your new card by this date you should contact the Ticket Office via ticketing@swanseacity.com. After contacting the Ticket Office, supporters will be sent a print at home match ticket for their season ticket seat for the Hull City and Millwall home fixtures, which is generated via email. Once you have been sent these, your season ticket card will not permit entry to the stadium.

Whilst this change will eradicate some of the issues related to the old cards, the length of queues and the time required to admit supporters is not simply due to how the cards and tickets work in conjunction with the turnstiles. We wish to respectfully request that supporters also assist us, themselves and their fellow supporters by arriving at the Swansea.com Stadium as early as possible on match days going forward as this will assist greatly in the process of us admitting everyone to the stadium.

We are grateful for the patience displayed by supporters over the course of the first couple of home games as we appreciate the frustration that has resulted from the issues we have had, and we would ask for further patience and consideration in assisting us to manage the next stage of the process.