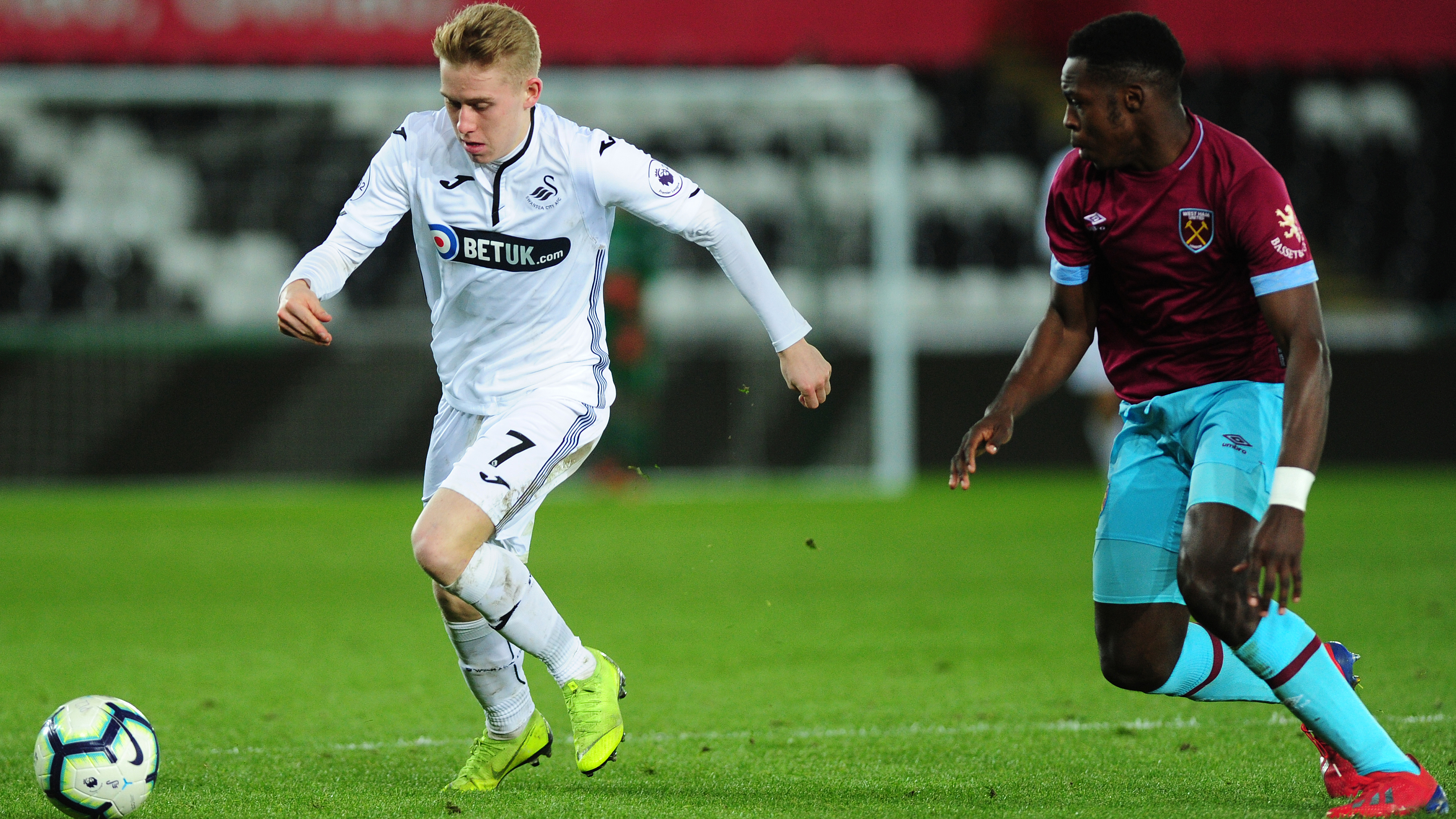 Swansea City under-23s' midfielder Oli Cooper has been ruled out for the remainder of the season with an ankle ligament injury.

The 19-year-old was forced off after an hour of the development sides’ Premier League Cup quarter-final victory against Nottingham Forest last week.

The midfielder has scored four goals in over 20 games for the young Swans this season,that including three in the Premier League Cup, and helped the under-19s reach the FAW Youth Cup final with victory over Cardiff.

Cooper is set to have a scan this week to assess the length of his absence but accepts his season has come to a premature end.

“It is disappointing,” said Cooper. “I can’t lie. It will be hard to watch from the sidelines.

“It has only been three days and already I am frustrated I can’t go out and train with the lads.

“I’m gutted not to be playing any further part this season. I want play every game I possibly can, whether it is in the league, cup or FAW Youth Cup. I want to play and win every game.

“Missing out on the remainder of the Premier League Cup campaign will be tough but I know the lads will be able to do the job to get to the final.

“Even though I won’t be playing I will still feel a big part of the team if we win.

“For now I just have to work hard off the pitch and look to be back sooner rather than later.”

Under-23s' coach Cameron Toshack paid tribute to Cooper for the impact he has had with the development squad this season.

The 19-year-old, who signed his first professional deal with the Swans last summer, only made his first competitive appearance for under-23s back in August.

“Oli’s been very unfortunate.” Toshack said. “We wish him all the best with his rehabilitation.

“He’s made the step up this season and, for a physically small player, he’s already found a way to get the best out of himself against physical players. That’s a huge credit to him.

“He’s made a good impact – scoring goals, playing in a number of different positions and demonstrating real capability of his understanding of what we’re trying to teach and has executed it well.”