The Swans suffered a 3-1 reverse at Deepdale, despite having taken the lead through a superbly worked goal, finished by Joel Piroe.

Head coach Russell Martin felt it has been a case of a game too far for some of his players on the back of a disrupted pre-season, and a squad stretched by injuries and periods of self-isolation following positive Covid-19 tests.

A run of seven games in 21 days has further complicated the efforts of Martin, his coaching staff and players to implement and adapt to a different style of play.

And wing-back Bidwell is confident that an increased period of time working on the training ground, during some respite from Championship hostilities, will see the Swans emerge a better side.

"It was obviously disappointing to go 1-0 up and concede straight after," he said of the loss in Lancashire.

"We probably didn’t really get going again after that to be honest. It was a disappointing afternoon but we’re coming to the end of a tough run of fixtures now.

"This period has been a sort of pre-season period for us really with the manager and obviously trying to pick up points at the same time.

"The international break gives us a chance to reset and get to grips with his ideas even more over the next two weeks. Hopefully we’ll come back stronger after the break.

"It’s not been ideal, there’s been a lot of things mixed together - the schedule, a new manager coming in, the Covid situation, and we haven’t really had time on the training pitches.

"The next couple of weeks gives us a chance to do some ground work really and we will come back stronger after the break.

"I think the fans can see what we’re trying to do, and I’m pretty sure that we’re going to go from strength to strength with it.

"Once we get it right it’s going to be enjoyable for them so it’s just down to us to take the ideas on board and just put them into practice."

Jake Bidwell believes last year’s play-off pain can help Swansea City in their pursuit of a place in the Championship play-off final when they host Barnsley on Saturday. 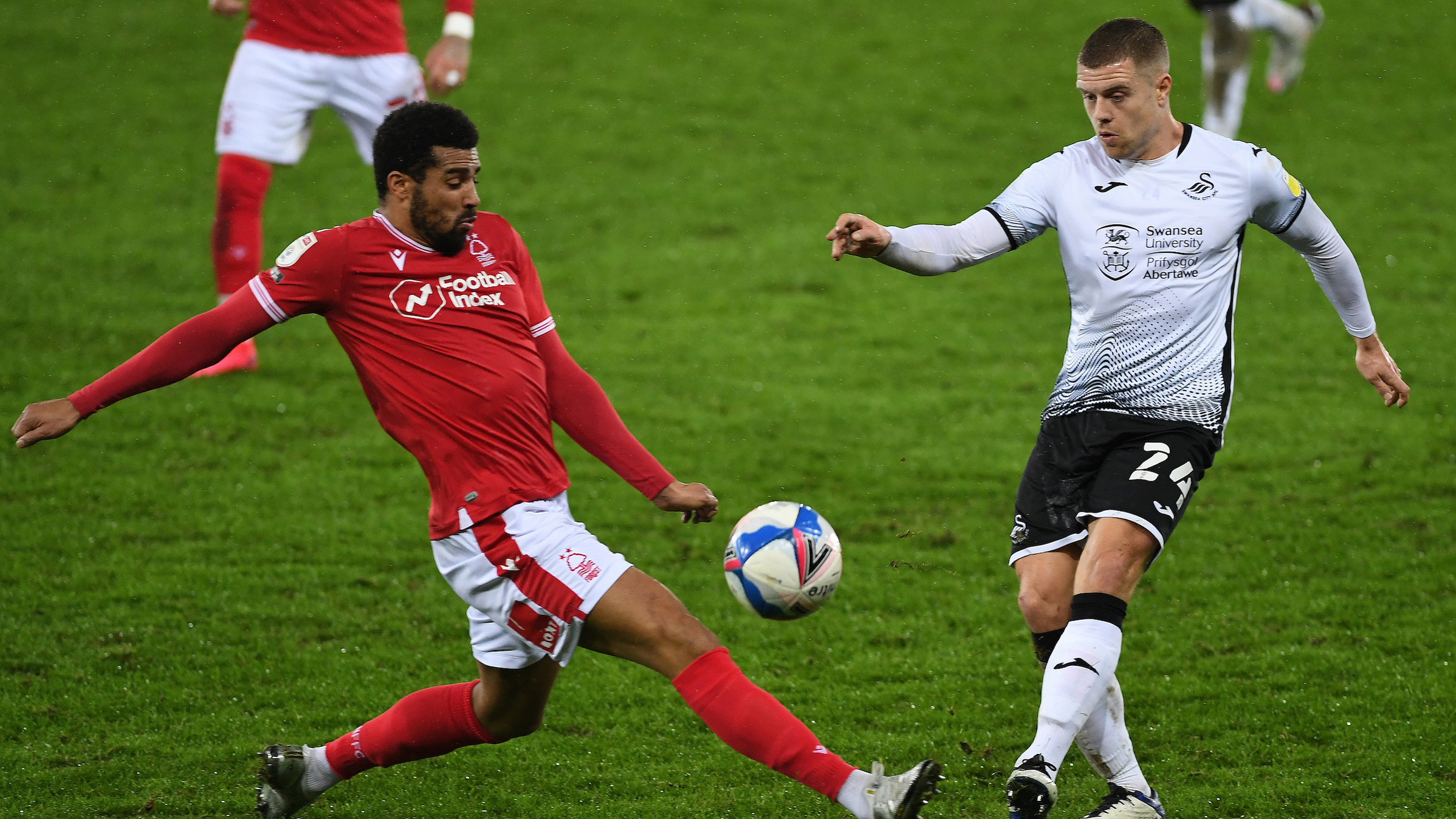 Jake Bidwell believes Swansea City’s 1-0 win over Nottingham Forest was indicative of a key area where Steve Cooper’s side have progressed this season.