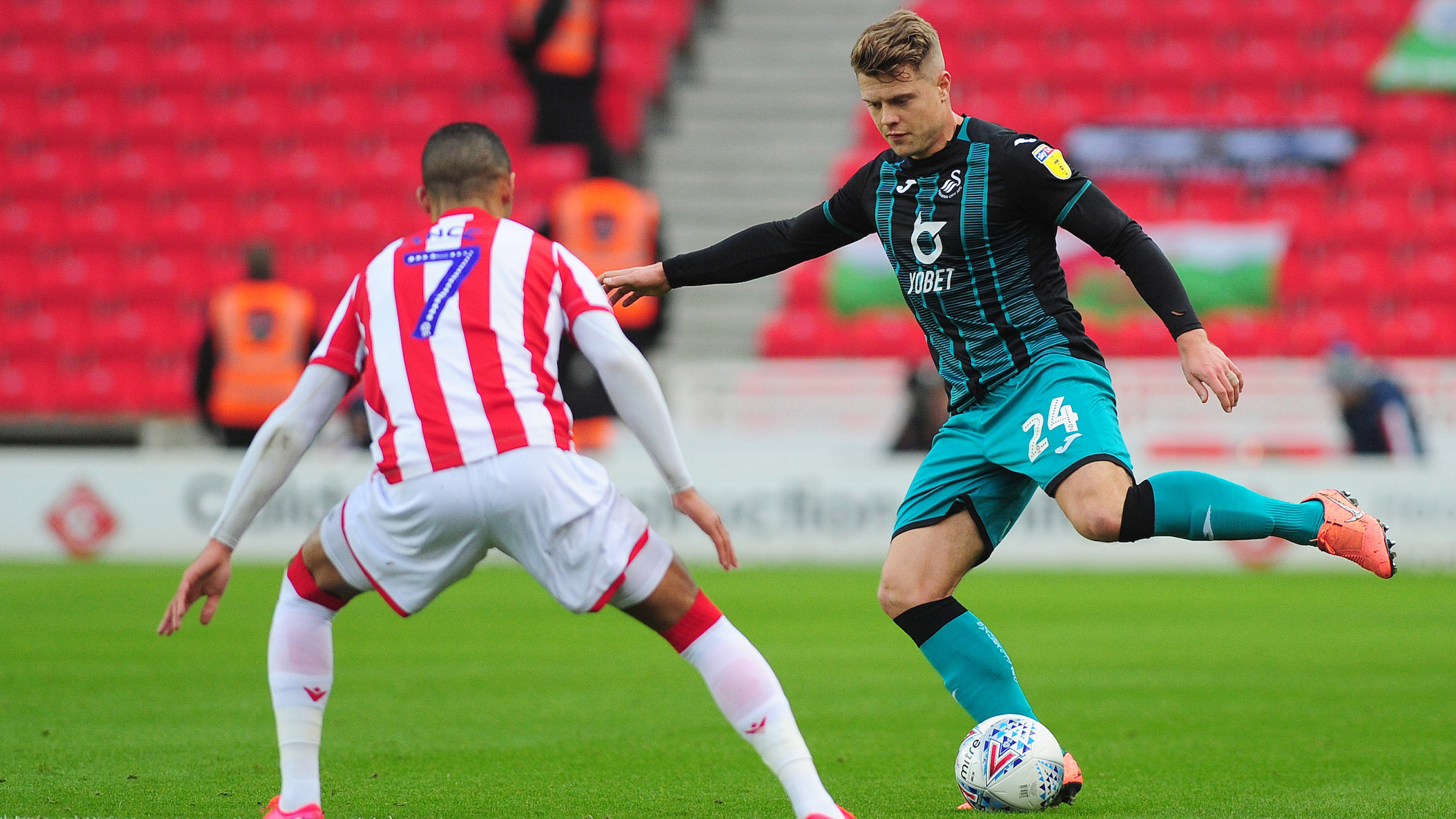 Jake Bidwell | We can bounce back again

Jake Bidwell wants Swansea City to show the resolve and resilience that has characterised their season by bouncing back from defeat at Stoke.

The Swans missed out on the chance to climb back into the play-off places as two second-half goals saw the hosts take the spoils.

It was just a second defeat in nine for Steve Cooper’s side, but they quickly have a chance to bounce back when they visit Preston on Saturday.

The Swans have suffered back-to-back defeats just once this season, testament to their ability to deal with setbacks.

And full-back Bidwell has urged them to do the same when they head to Deepdale this weekend.

“Half the battle in this league is bouncing back when you do suffer a defeat and reacting in a positive way,” he said.

“We’ve shown throughout the season we can do that and will look to do it again next weekend.

“We’re disappointed to lose a game but we’ve got to turn this result into a blip and make sure it doesn’t become a run. We must demonstrate character, a bit of steel and make sure we bounce back.”

The Swans started by far the better of the two sides in the Potteries, and Bidwell admitted there was a sense of frustration at not being able to build on that promising opening.

“I think we started brightly. We were definitely the better team, especially in the first half,” he said.

“Looking back now, the over-riding feeling is that we probably needed to take advantage and score when we were on top.

“It was a tight enough game. The first goal is always important but, unfortunately, we didn’t get it.

“After they scored, we were chasing the game.

“People look at league positions but there are no mugs in this league. “When you look at Stoke’s squad, they have a lot of good players who have come down from the Premier League.

“They’re probably in a false position themselves; you certainly can’t take anyone for granted. It wasn’t our day, but we’re still right in the mix and will look to bounce back next week.”