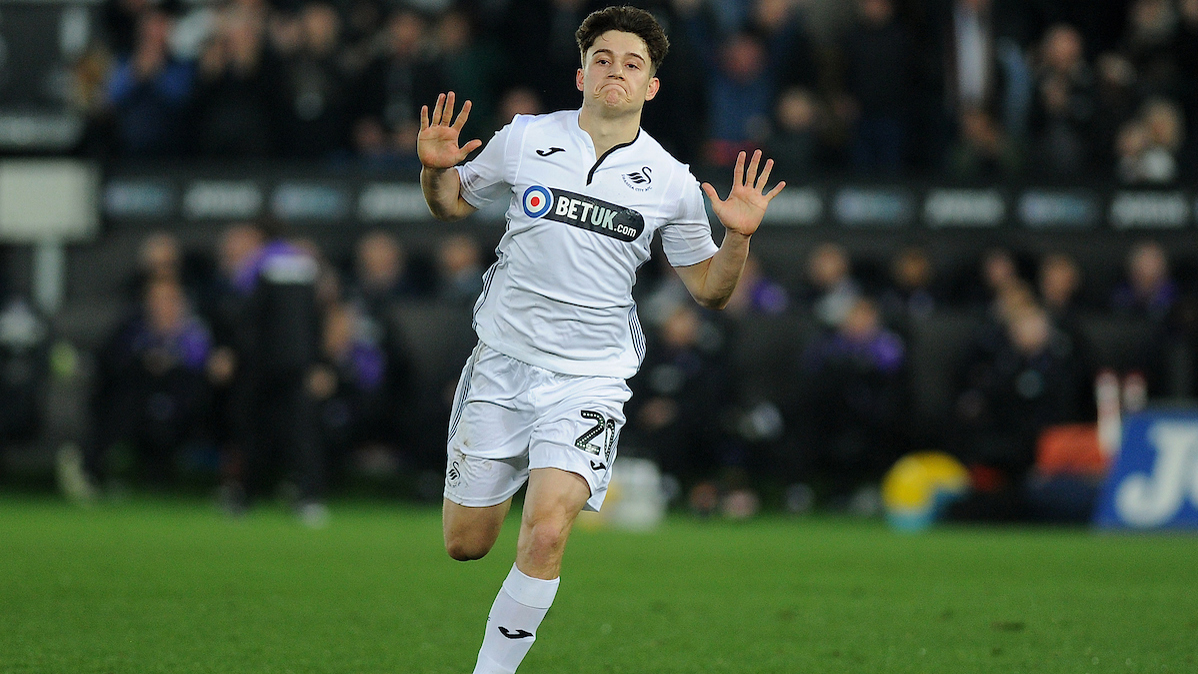 Daniel James says the Swansea City squad are revelling in their style of play under Graham Potter after recording another Liberty Stadium win, this time over Stoke.

The 21-year-old produced another outstanding individual performance in the 3-1 victory, but it was more than backed up by an all-round team display.

The Wales international opened the scoring with a sensational strike before Mike van der Hoorn doubled the lead from close range.

James McClean pulled a goal back for the visitors but, when fouls on James saw Bruno Martins Indi and Tom Edwards sent off, the Swans had complete control and wrapped it up with an Oli McBurnie header.

That made it three wins in a row for the first time this season, with the Swans scoring nine goals and conceding just two across the trio of fixtures.

“To get that victory tonight is unbelievable,” said James.

“I wouldn’t say we felt like the complete package, but I really enjoyed the game tonight. Playing in front of the home fans is always great.

“We’re growing more confident with every game, especially at home in front of these fans.

“I think we’ve been excellent in the last three games; scoring three goals in each one. The home fans have been amazing.

“I think everybody loves playing in this team; you can see that by the way we’ve played over the last few games and the results we’ve got have been very good.”

James’ strike followed a similar effort he had in the victory over Middlesbrough at the weekend.

He was narrowly off target on that occasion, but there was no mistake this time.

“Against Middlesbrough, I had a similar strike that just went wide and I was a bit unlucky,” added James.

“As soon as I pushed the ball inside, the only thing on my mind was to try and shoot and, thankfully, it went in.

“I was telling the boys, I think that’s the first goal I’ve ever scored like that.”