Jeff aiming to make his mark

Jefferson Montero is aiming to revive his Swansea City career under Graham Potter.

Montero is back at the club’s Fairwood training base for the first time since leaving on loan last summer.

And the Ecuador international is hungry to prove himself to the Swans’ new management team.

Montero had been due back in Wales for the start of pre-season training, but his return was delayed by issues over his work permit.

But with those issues now sorted, the 28-year-old is eyeing the Championship opener at Sheffield United on August 4.

“I am feeling fit and strong and I am happy to be back in Swansea,” Montero said.

“I hope now to play a part for Swansea again. This is the idea I have had in my head and I am glad to be here.

“The manager has been good with me. He seems happy that I am here so I am happy.”

Montero, who has made 72 Swans appearances since joining the club back in 2014, proved he could be a major attacking force at Premier League level when fit and firing.

Nevertheless, former boss Paul Clement allowed him to join Getafe on loan for last season – but the move did not work out well.

Montero was troubled by injury during his time with the La Liga club, hence he joined Ecuadorian outfit Emelec on a sub-loan in January.

Montero’s return to his homeland was more successful, with the winger getting some much-needed game-time under his belt.

“Getafe was difficult because I had some problems with injury, but Emelec was better for me,” he added.

“I played some games and that helped me recover my confidence.”

Montero is expected to play some part when the Swans take on Newport County in a behind-closed-doors pre-season friendly today. 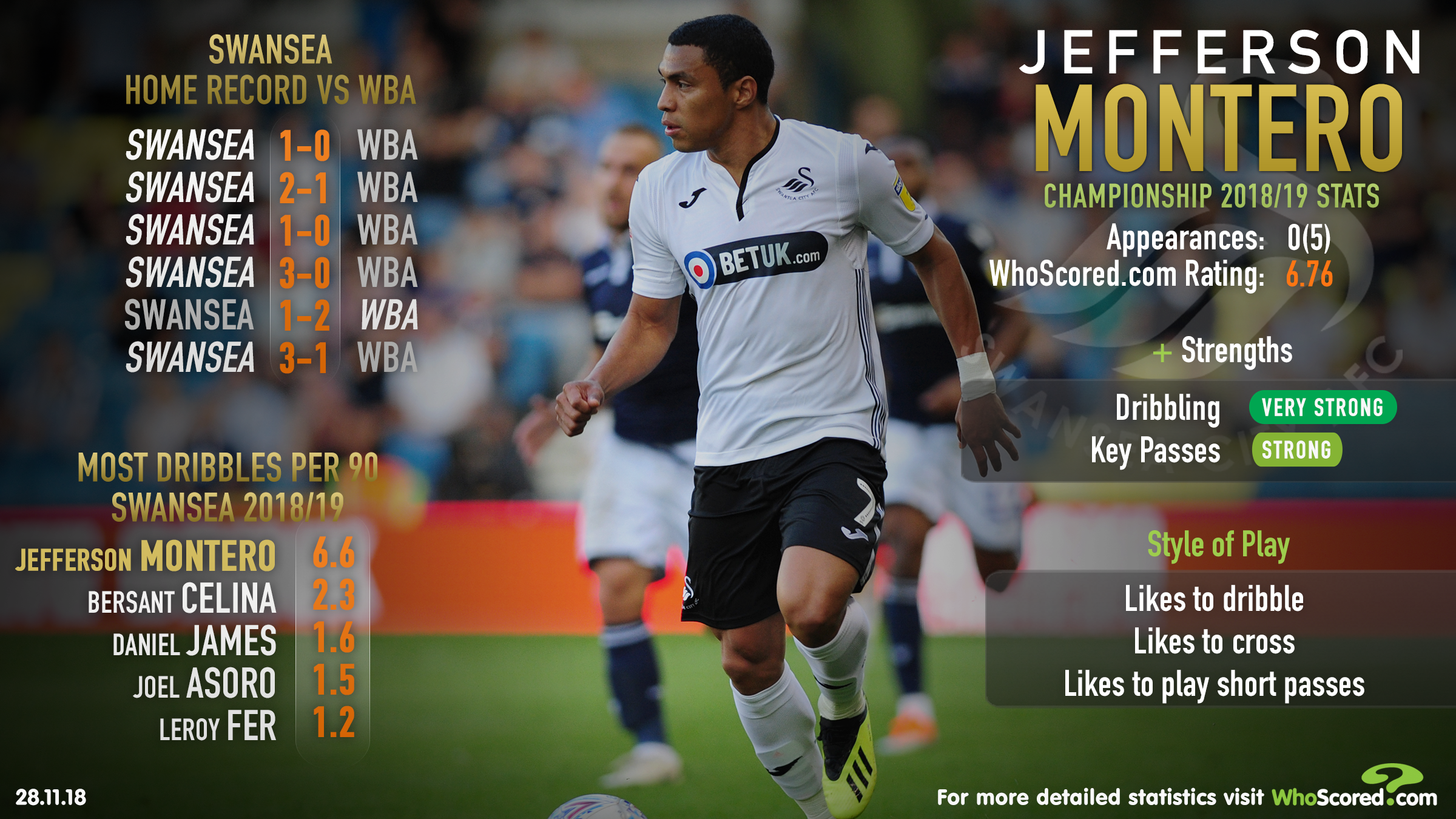