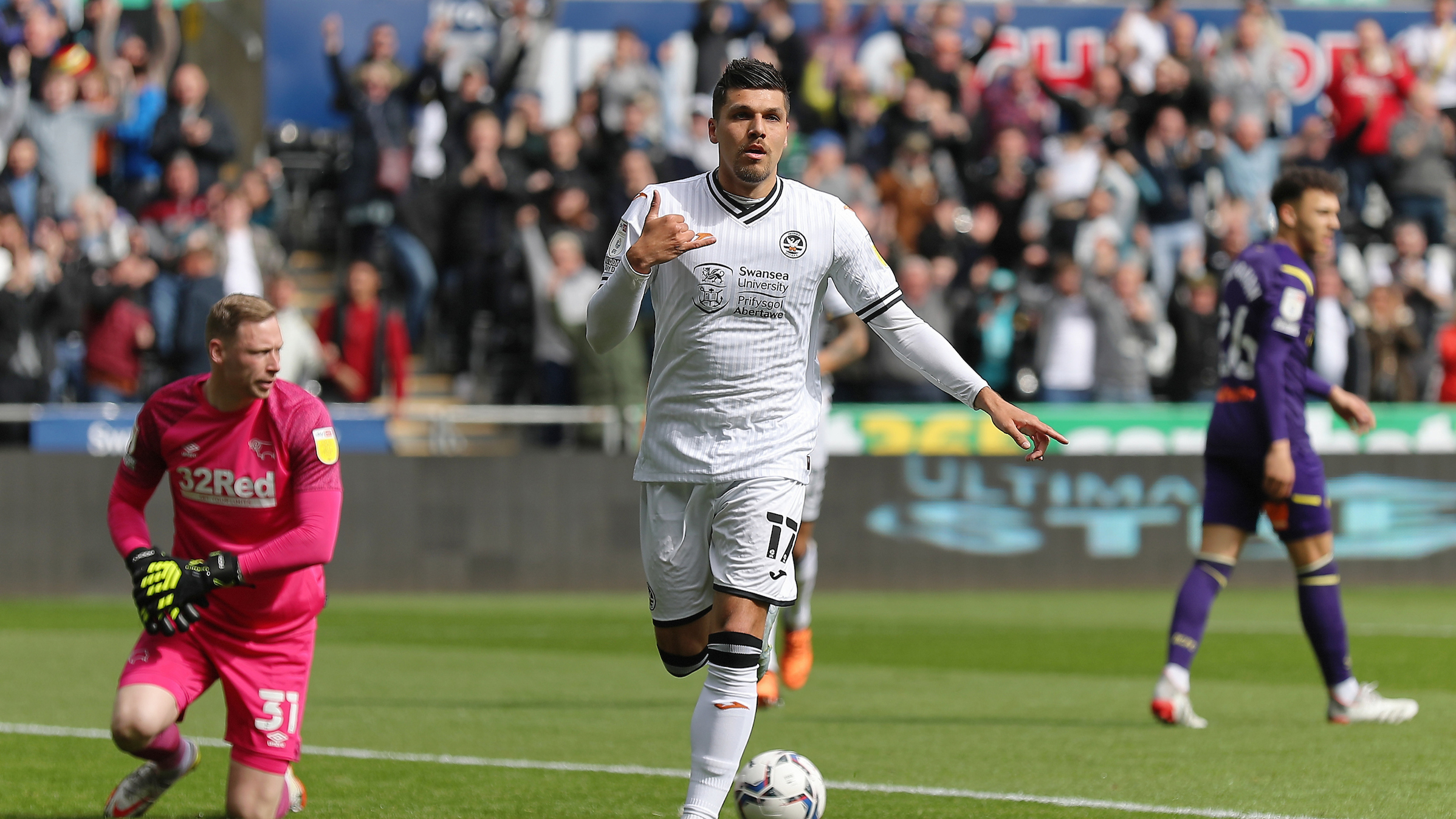 Joel Piroe | I believed in myself and this club

Joel Piroe revealed he always believed he and Swansea City would be an ideal match after the Dutch forward’s brace against Derby took his goal tally for the season to 20.

Piroe was a largely unheralded signing when he joined the Swans from PSV Eindhoven last summer, but he has made a major impact in his first season in English football.

Despite having only scored a combined five goals across the previous two seasons in his native Netherlands, Piroe was sure that he would be able to score and contribute in the right team, and with enough games under his belt.

He’s been proven emphatically right as he became just the fifth Swans player to hit the 20-goal mark in a single season in the past decade.

His league tally of 18 also puts him joint third in the Championship’s top scorers; behind Aleksander Mitrovic and Dominic Solanke but level with Ben Brereton Diaz.

“I believed in myself. I knew I could score goals I just needed the chance to play a lot of games,” said Piroe, whose tally is all the more impressive given it does not include any penalties.

“I think I’ve showed what I can do now and the team is showing what we can do.

“The next target is to go on, keep winning games and see where it ends.

“We can finish the season well. We’ve shown that the game plan works and that we’ve got the courage and technique to do it.

“We just need to keep matching the intensity and get good results.

“I think we played really well in this game – especially at the start and we’re really happy to finally win three games in a row.”