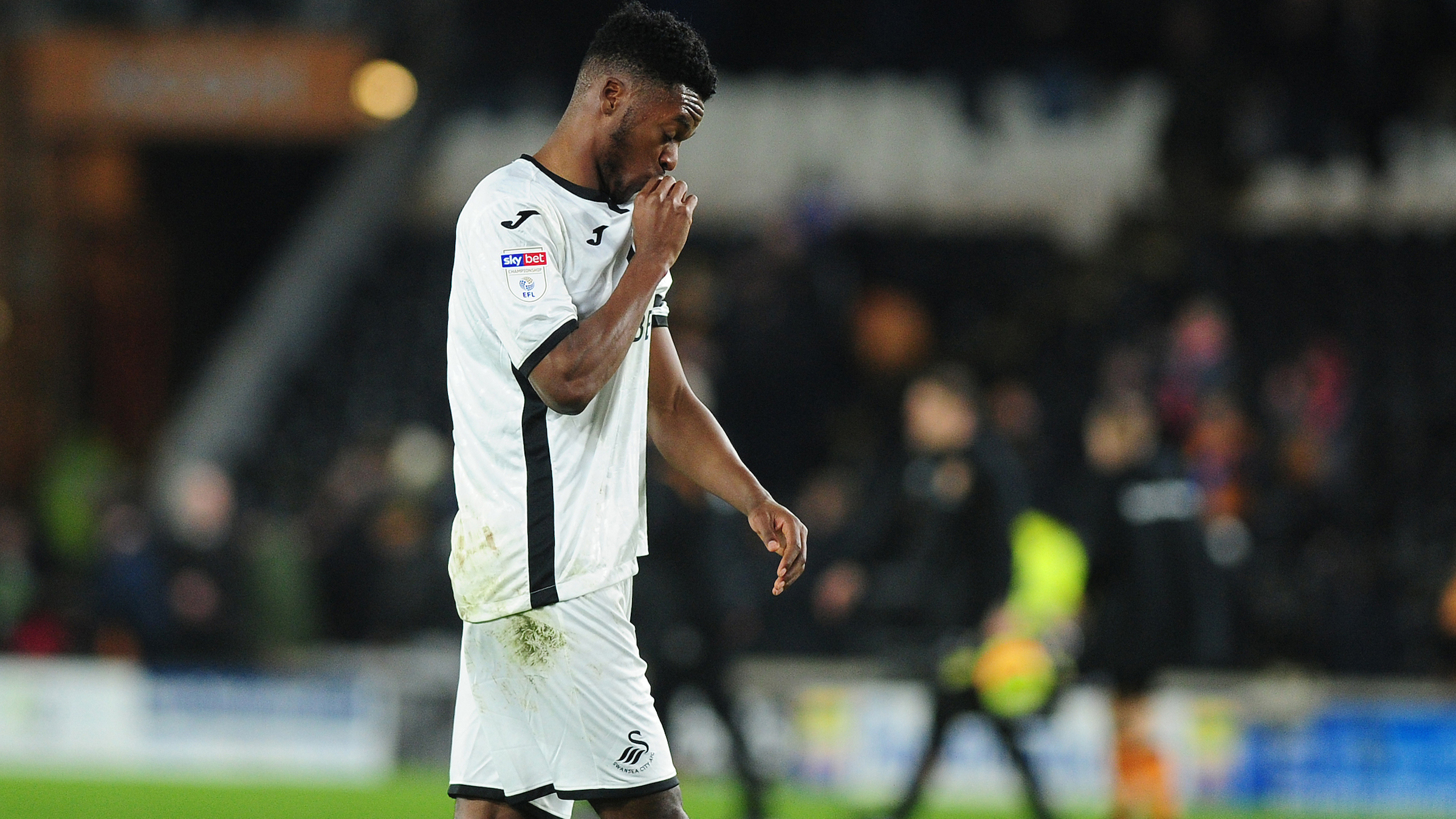 Jordon Garrick netted his first league goal for Swansea City but took no personal satisfaction after missing out on three points at Hull.

The winger made his first appearance since October when introduced as a second-half substitute at the KCOM Stadium.

He did not take long to make his mark, turning in Andre Ayew’s cross to score what was Swansea’s third equaliser of a topsy-turvy contest.

They would take the lead through Rhian Brewster, only to be pegged back at the death as Tom Eaves scored the eighth and final goal of the night.

And while glad to be back after more than three months out with a hamstring injury, the young winger would far rather have marked the moment with victory.

“I’m just happy to contribute whichever way I can,” he said.

“Lucky enough, I did that with a goal and played a part in the fourth. I feel like I’ve shown I can change a game if I’m needed – no matter what game it is or what position I’m in.

“But it’s not about me, we are a team and what matters most is what the outcome is for the whole group.

“A personal gain is not what I’m about; I’m a team player and want us all to do well.

“Anything I can do to help the team, I’ll try to do.

“Coming on to score my first league goal is surreal. It’s a shame the circumstances were not different because if we’d won, I’d have been buzzing.”

Earlier in the week Garrick would have had little reason to expect to be at the KCOM Stadium, having been set to continue to step up his match fitness for the under-23s against Manchester United.

However, when that game was postponed, his plans quickly changed.

“It’s been a long time since I’ve played for the first team and a win would have been the icing on the cake,” he added.

“It’s surreal because if the under-23s game hadn’t been cancelled, I wouldn’t even have travelled.

“But I felt good because the gaffer and his staff are onto us every day to ensure that we’re match ready.

“It’s not an easy league to be in with games turning over very quickly.

“We must always make sure we’re match sharp – even if we don’t play for four or five games.”