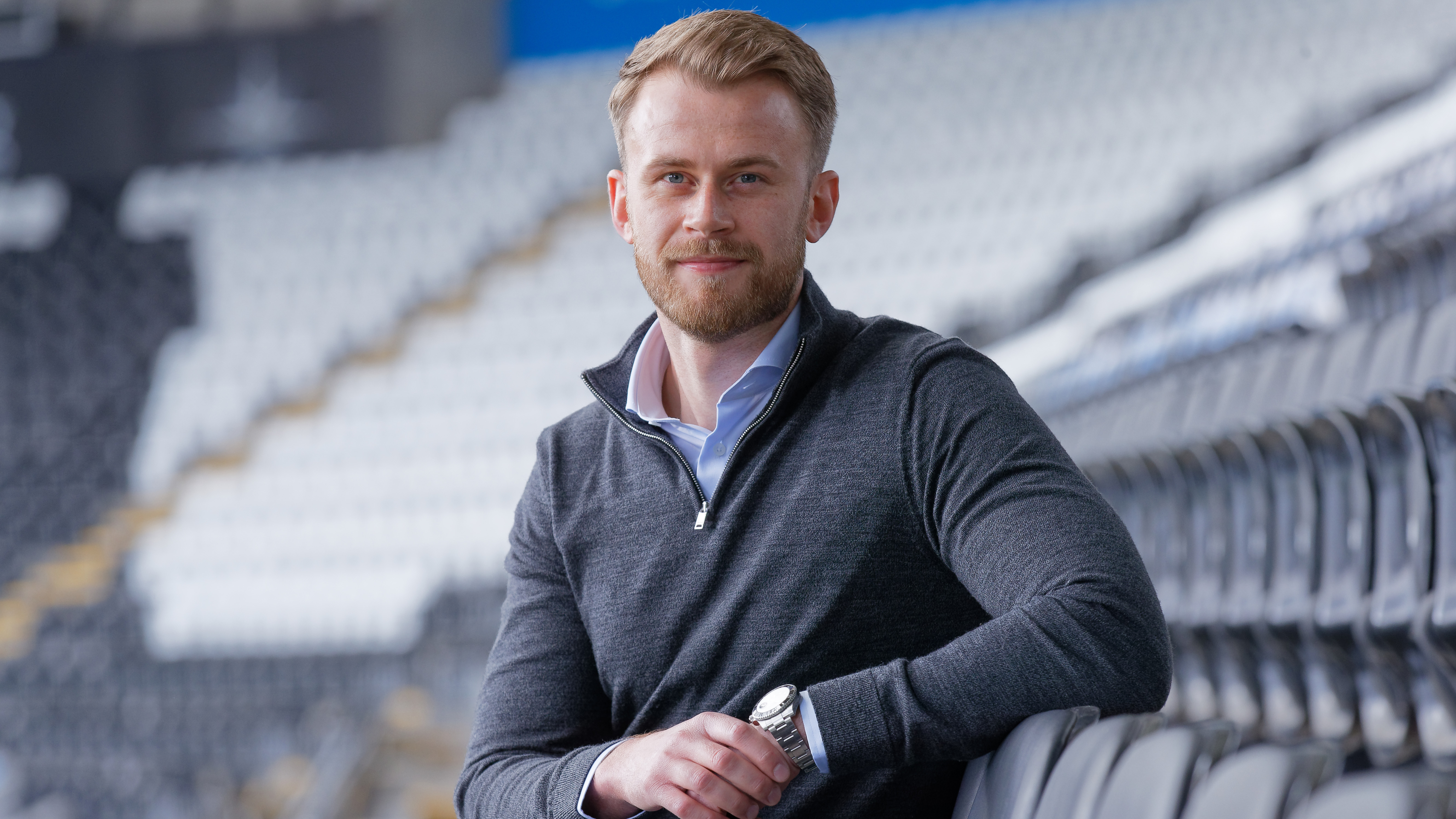 Josh Marsh | I’m really excited to be at Swansea City

Newly-appointed head of football operations Josh Marsh says it was Swansea City’s clear identity and ambition which drew him to the club.

The 30-year-old, who was previously head of recruitment at fellow Championship side Huddersfield Town, arrived at the Swansea.com Stadium following the departure of sporting director Mark Allen at the end of April.

Marsh comes into the role in time for the summer transfer window opening, but he feels the foundations which have been laid since Russell Martin’s appointment as head coach make it an exciting time in SA1.

“I’m really excited to be here and I’m looking forward to getting on with things,” he said.

“For me, there’s a really strong identity here in terms of how the club wants to do things and the style of play. The club has been successful, so that, along with knowing people who are in prominent positions here, gave me a strong feeling that this was a really good opportunity for me.

“I could sense a real desire for the club to be successful and move forward and that involves getting back to the Premier League and staying there - but it’s also about doing that in the right way and a structured way which aligns to the club’s beliefs.

“My role will be to oversee the football departments and work really closely with Julian [Winter] and Russell and try to be the link between everything and bring it all together.

“Julian is someone I have previously worked with at Huddersfield. I enjoyed my time working with him and I felt we worked well together. I feel like I have an understanding for what he wants in this role which is important.”

Previously a youth team player with Wrexham, Marsh went on to study at Hartpury College and graduated in sports coaching before moving into a voluntary role at Manchester City in the summer of 2012.

Scouting roles soon followed at Wolves and Southampton before he joined Huddersfield in February 2016 as chief scout, later being promoted to the head of recruitment role at the Yorkshire club.

During his youth team days at Wrexham, Marsh played against the Swans in the 2010 FAW Youth Cup final in SA1 before quickly turning his hand to football’s operational side.

Marsh – who has been impressed with Russell Martin’s strong beliefs and how that fits into the club’s overall identity both on and off the field - believes clear communication will be key to the successful running of the club’s football operations.

“Naturally, throughout the process, I was introduced to Russell and spent a good amount of time speaking with him and I was really enthused by those conversations,” he said.

“He’s full of energy and enthusiasm. He’s really strong in his beliefs and how he sees the game which is really infectious and I really took to that.

“He came across as a really good person as well which is important and I’m really looking forward to working with him.

“It’s important that you have a relationship which is open and honest so you can challenge each other and have conversations which are always for the benefit of the club. From my experience of seeing the best relationships in those roles, they speak day-to-day and have real understanding and respect.

“Russell has had a period of time now at the club with his team and staff so they will be immersed within that and everyone has an understanding of what he wants.