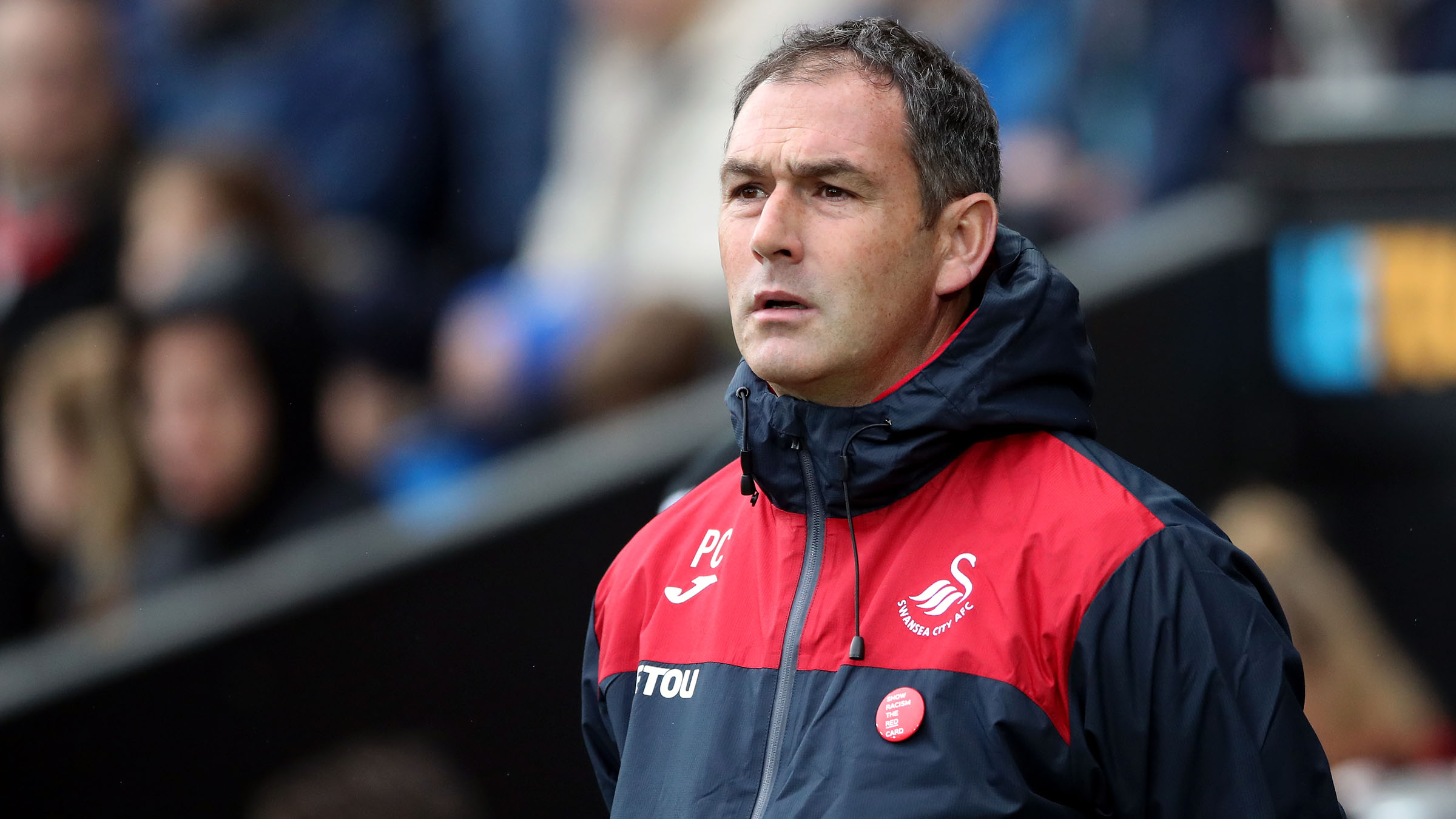 Judge us on the season, says Clement

Paul Clement leads Swansea City to Arsenal this weekend believing his side should be judged on a whole season rather than one difficult spell.

The Swans head to the Emirates having won just one of their last six Premier League games.

Clement’s side have managed just one home victory so far in 2017-18, against Huddersfield Town, but they have only been beaten once on their travels in the first quarter of the campaign.

The Swans sit 15th in the Premier League table and are only outside the bottom three on goal difference.

But Clement insists it is far too early to draw any conclusions about how his team will fare across the whole season.

“We have played nine league games,” the Swans manager said.

“I believe I should be judged at the end of the season, when we have played 38 league games.

“We are on a run at the moment where we haven’t picked a massive number of points.

“But last season I remember we had a run where we picked up only one point from six league games.

“There was lots of talking going on about how Swansea were going down, but then we won four out of the last five games of the season and got a draw in the other one at Old Trafford.

“I have been around this game long enough to know that you have got to remain level-headed whether you are going through a good spell or a bad one.

“There’s always a better moment around the corner if you are persistent, you maintain belief and you stay together.

“Me and the players are positive. We are working well because we know if we stay focused, we stay together and we are determined, the rewards will come.”

The Swans thought they had turned a corner when they beat Huddersfield almost a fortnight ago, but back-to-back home losses against Leicester and Manchester United – the second of which was in the Carabao Cup – left Clement frustrated.

Nevertheless, he is convinced that an upturn in form is not far away.

“We are two wins away from the fans not being worried because we are in 12th, 11th or 10th position in the table,” he added.

“For me there has to be a sense of realism about what the situation is.

“It’s very tight in the bottom positions in the table. We are in a group of teams on eight points, and then there are a lot more teams going up to 12 or 13 points. That gap is absolutely nothing.

“My job is to work with the team and try to get some good performances out of them. That’s what we’re focusing on.”